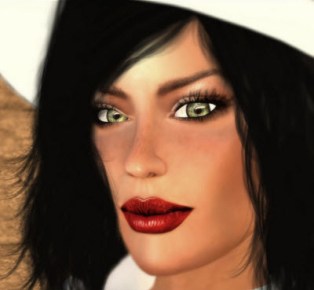 Humble is a veteran of Electronic Arts, where he served as executive vice president for the EA Play label and ran The Sims business. He has an impressive background in games, but Second Life has a lot of problems to overcome.

The company is fighting to hang on to users for its deep and engaging virtual world, where users can explore a huge virtual society, at a time when many users are instead turning to casual games on Facebook and other social networks.

Second Life’s appeal is that it allows users to create just about anything in the virtual world. They can, for instance, design virtual shoes and sell them to other users, known as Residents. The users can cash out that revenue as well, allowing Second Life to build a bridge from the virtual economy to the real economy. The virtual land mass of Second Life is so big now that it would be twice the size of Hong Kong in the real world.

Humble replaces Philip Rosedale, the founder of Second Life, who took the CEO position on an interim basis after Mark Kingdon resigned in June. Rosedale gave up the CEO position in October, leaving San Francisco-based Linden Lab without a CEO for a time. Second Life had reported user and transaction growth in the first quarter, but it cut 30 percent of its staff and eliminated an enterprise team in June. 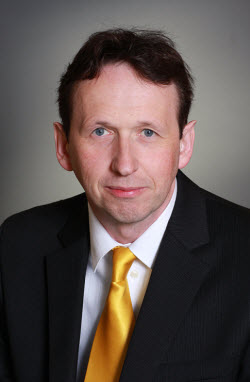 Humble has spent more than 20 years in game development and worked on more than 200 games. Most recently as the head of the EA Play Label, he supervised the best-selling PC game franchise of all time, The Sims. Before joining EA, he was vice president of product development at Sony Online Entertainment.

“Rod is a great new leader for Linden Lab,” said Rosedale, in a statement. “Second Life has become a consistently large and profitable business with a thriving virtual economy built together with its passionate Resident community.  This has always been a big, long-term vision, it is still early and there is enormous opportunity for growth.”

In a statement, Humble (pictured) said, “I have a long-standing interest in how the boundaries of society and economics change as communications evolve in new ways. Second Life is unique: it sits at the intersection of virtual worlds, avatars, and human contact.”

Rosedale founded Linden Lab in 1999. The company says its revenues exceed $75 million and it has been profitable, excluding restructuring and non-cash stock compensation expenses, for each of the last three years. It has 220 employees. In the third quarter, the company said 750,000 Residents spent more than 105 million hours within Second Life and exchanged $150 million worth of Linden dollars in the economy.

Based on those numbers, Second Life is doing better than a lot of virtual worlds. Rivals that have shut down include Vivaty, There.com, and Metaplace.