German-born Konstantin Guericke may have cofounded Silicon Valley giant LinkedIn and completed two degrees from Stanford University, but he is now turning his attention to Europe’s startups.

As of today, Guericke is officially joining Berlin, Germany-based Earlybird Venture Capital as a full-fledged managing partner. He has collaborated with the firm over the last couple of years and is now expanding his role. 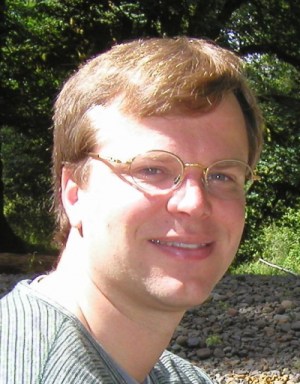 So Guericke wants to help Earlybird find its European breakout stars, and he shared some of his thoughts on the European ecosystem and areas of interest with VentureBeat.

European venture capital funds tend to be much smaller than American ones.

This is largely because European pension funds and universities do not have the ability to contribute to venture funds the way their American counterparts do, Guericke said.

So Earlybird’s newest round of $200 million, closed in July 2013, is quite large by European standards.

However, Guericke views certain differences, namely European VCs’ openness to collaboration and their proximity to European-based startups, as advantages.

“It’s very difficult for U.S. funds to invest [in Europe] in Series A [rounds],” he said. Such early investments require careful due diligence and deep knowledge of the team, which are hard to achieve for VCs living on a different continent, he continued.

He also added that syndication — often with American VCs — is quite common. The initial European VC’s investment easily serves as proof of confidence to the American VCs, and the syndication also means more money for the startups.

Onefootball and Wunderlist are two such cases, with syndicated investments from Union Square Ventures and Sequoia Capital respectively.

He’s got his eye on you

“We do see a lot of things being reinvented in mobile,” he said.

Along with the previously-mentioned Onefootball (a soccer news app) and Wunderlist (a to-do list and task manager), Earlybird has recently invested in mobile photography app and marketplace EyeEm — a new take on what Flickr did to expand the number of commercially-safe photos, but one that actually enables civilian photographers to make money.

The firm has already backed RapidMiner, an open source data mining provider with customers such as PayPal, Deloitte, and Cisco.

And of course Guericke will also be looking out for enterprise and, more specifically, compliance- and supply chain-focused companies.

Companies tackling challenges such as being up-to-code for various regions’ laws, or the complications of supply-chain risk (often present in just-in-time manufacturing, when suppliers are located in politically unstable regions, and so on) are just some of the opportunities he’ll be closely watching.

However, commerce will not be one of his areas of interest.

“We’ve done these in the past, and some are great deals too, but these types of businesses are more regional in focus, less interesting,” he said.

Guericke is skeptical of these companies’ ability to truly scale globally, and Earlybird has only invested in one commerce-related company, high-end auctioning platform Auctionata, because of the sophistication of its technology.

Guericke said he hopes his experience and skills will help Earlybird find and nurture the next generation of undeniably successful European companies.

“In the end I think the venture capitalist is a service business. The best way to do that is by picking the best companies and providing the best service,” he said.