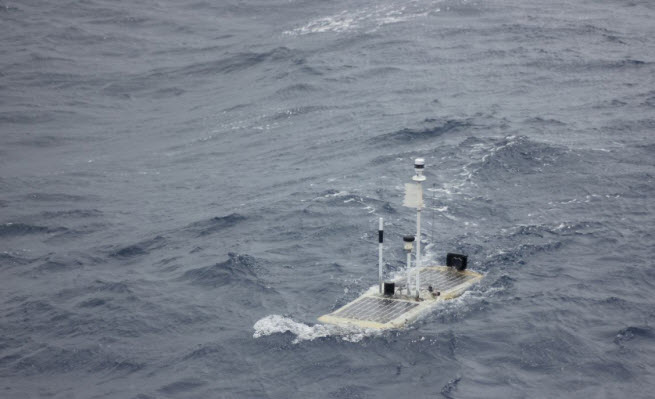 Someday, an author might write a book called The Old Robot and the Sea. And oh, the stories that Papa Mau could tell. 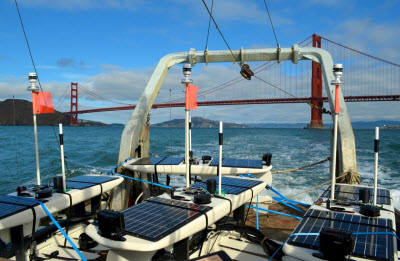 A wayfaring Wave Glider, a data-collecting robot vehicle, has made history by floating more than 9,000 miles across the Pacific Ocean. Liquid Robotics, the maker of robot vehicles that explore the ocean and collect data, announced today that one of its robots (named Papa Mau) has traveled all the way from San Francisco to Australia.

The trip took a little over one year. The robot set a new world record for distance traveled by an autonomous vehicle on land or sea. Papa Mau survived gale force storms, fended off sharks, skirted the Great Barrier Reef and surfed the East Australian Current to reach its final destination at a harbor in Bundaberg, Queensland, Australia. 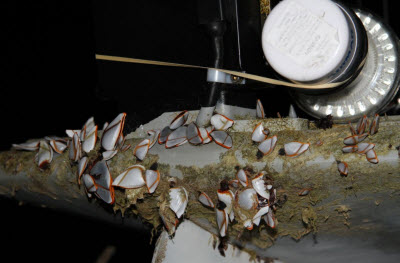 “This shows you how robust these things are, and it showed us how much data it could collect,” said Ed Lu, chief of innovative applications at Liquid Robotics, in an interview with VentureBeat. “These are very sophisticated, almost like small spacecraft.”

The Wave Glider unmanned maritime vehicle (UMV), which uses waves to propel itself. The vehicles can travel long distances because they harvest natural energy. They use waves to generate propulsion and have solar collectors to power the electronics that collect data and then transmit it wirelessly. They can go six months without a maintenance check and can prowl the ocean for as long as two years.

The company doesn’t sell the robots. Rather, it sells the data that they collect, and they’re part of the trend toward Big Data companies. Subscribers can look at a web site to see the data collected. They are doing tasks such as testing the water for leaks around oil rigs or measuring the radioactivity of the ocean outside of the Fukushima nuclear reactor facility in Japan. 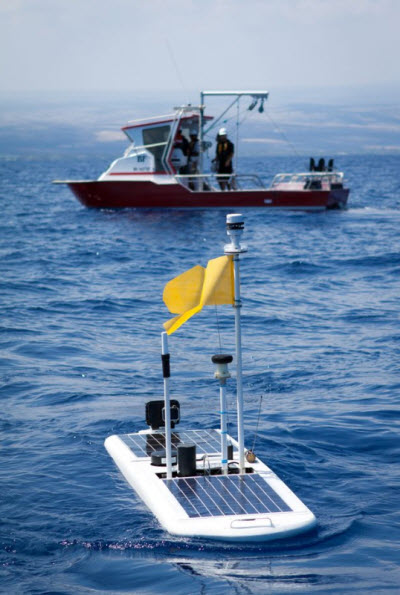 Liquid Robotics is able to control the direction that the Wave Gliders travel, and the vehicles are equipped with sensors that help them avoid being run over by ships. (That happened to one early Wave Glider). Lu said that the Wave Gliders can collect data on weather in remote locations. It can be used to monitor hurricanes, predict tsunamis, and monitor rare marine life. Wave Gliders collect data on temperature, winds, humidity, wind gusts, water temperature, water color, and water composition. They can also take pictures.

The company was started in 2007. It company raised $22 million in a fourth round of funding in June from VantagePoint Capital Partners, with participation from oilfield services firm Schlumberger. The company is headed by Bill Vass, a former Sun Microsystems executive. He made headlines last year when he recruited Java programming language creator James Gosling as chief software architect.

Liquid Robotics is also announcing today it has selected five PacX Challenge finalists who will compete for a $50,000 research grant from BP and six months of free Wave Glider ocean data services. The winner will be selected based on the most interesting research idea that makes use of the data from the Wave Gliders. Vass and Gosling traveled to Sydney, Australia to announce the achievement and claim the Guinness World Record honor. 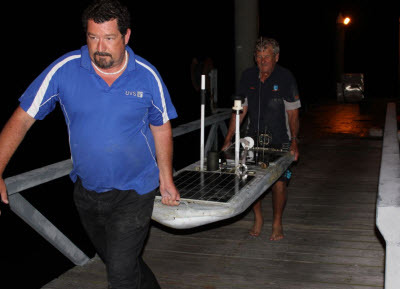 Lu said there are 130 Wave Gliders crawling the ocean now and more are on the way. When one Wave Glider passed by Hawaii, employees inspected it and found that a shark had tried to bite it and left a tooth stuck in the robot. Papa Mau tracked more than 1,200 miles of a chlorophyll bloom along the equator in the Pacific Ocean. The blooms indicated proliferation of phytoplankton, which is key to ocean life and climate regulation.

“To say we are excited and proud of Papa Mau reaching his final destination is an understatement,” said Bill Vass, CEO of Liquid Robotics. “We set off on the PacX journey to demonstrate that Wave Glider technology could not only survive the high seas and a journey of this length, but more importantly, collect and transmit ocean data in real-time from the most remote portions of the Pacific Ocean. We’ve demonstrated delivery of ocean data services through the most challenging ocean conditions. Mission accomplished.”

A second robot, named Benjamin, is expected to arrive in Australia early next year. Two more are heading for Japan. All told, Wave Gliders have already traveled hundreds of thousands of miles.

The five research contest finalists are: