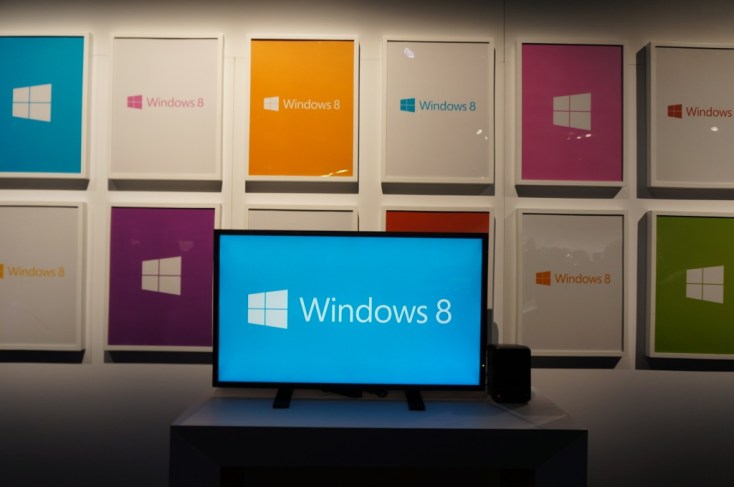 Just one day before Windows 8 hits retail and online stores, Microsoft has corralled journalists, analysts, and its partners to officially kick off the new operating system.

After a bombastic opening video, Microsoft’s Windows head Steven Sinofsky bounded on stage to announce that Microsoft has sold more than 670 million Windows 7 licenses, including to more than half of the major enterprise companies. But with Windows 8, he said that Microsoft is aiming to bring computing to “the next billion people.”

Windows 8 is also available for download today for existing Windows users who wish to upgrade.

Across all of Microsoft’s early Windows 8 releases available to the public, Sinofsky said that the OS has had more than 1.24 billion hours of prerelease testing. He also noted that more than 1,000 new PCs have been certified for Windows 8 — including traditional laptops, tablets, and laptop/tablet hybrids.

With Windows 8 also comes the Windows Store, Microsoft’s new app marketplace. According to Sinofsky, it’s launching with more apps than any competing app store had at their launch.

Microsoft’s Julie Larson-Green, Windows VP of program management, and Mike Angiulo, Windows VP for planning and hardware partners, showed off some of the new Windows 8-powered PCs. Angiulo noted that by upgrading his Thinkpad Carbon X1 to Windows 8, he managed to get 33 percent faster boot times (versus Windows 7).

“What you’ve seen and heard should leave no doubt that Windows 8 shatters perceptions as to what a PC really is,” Microsoft chief executive Steve Ballmer said when he stepped on stage, with the enthusiasm of a quarterback gearing up for the Super Bowl. “Windows 8 will do everything, and will frankly make it a lot easier to do nothing,” he added.

Proudly, Ballmer proclaimed that more than 400 million PCs will be sold within the next year, according to figures from analysts.

With complete confidence, Ballmer encouraged the crowd to head out to stores and try out new Windows 8 machines. “In the case of Windows 8, seeing touching, clicking, and swiping is really believing,” he said.