FanSnap, one of the more visible startups competing with Ticketmaster as a live event ticket destination (even though it doesn’t sell tickets itself, it just aggregates them), has raised $5 million in a new round of funding from Highland Capital Partners. The site says it currently has more than 12 million tickets to upwards of 30,000 sports, theater and concert events on offer. It plans to use the new financing to fuel further product development. 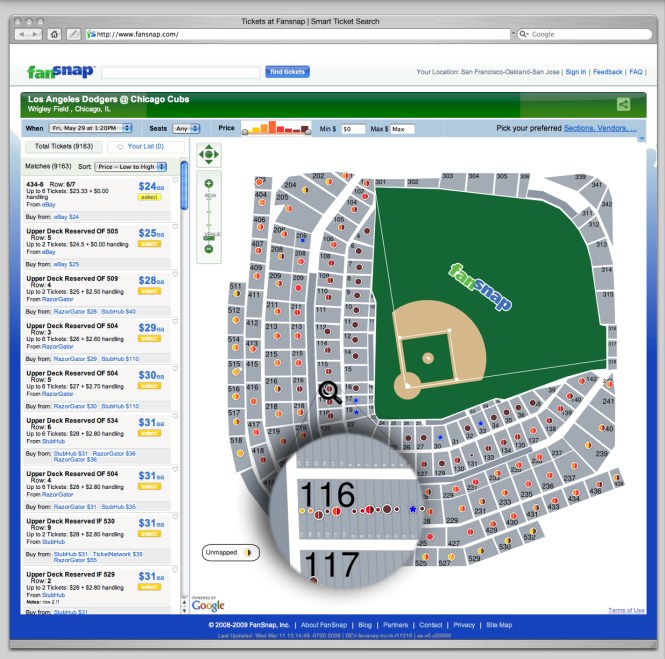 To do so, FanSnap — which says it aggregates listings from sites like StubHub, RazorGator and Allshows.com — has been touting two new features: a heatmap of stadiums and venues indicating ticket prices, as well as high-resolution zoom-in capabilities to see exactly who is selling tickets, drilling down to the row and seat-level. The service also recently integrated with Facebook and Twitter so that its users could share which events they are attending or list tickets via their social networks of choice.

We covered other ways FanSnap distinguishes itself from the competition last November, when it raised $5.5 million in second-round funding from General Catalyst Partners. It raised $5 million from the same firm in a first round of funding in 2007.