I’m here at Facebook in Palo Alto, CA. Today the company invited some of us to check out the new profile redesign it will be rolling out in the next few weeks. Facebook doesn’t have a set target date, but these changes will roll out sometime in June.

The changes look very nice, but as we’ve seen in the past with Facebook, users don’t always like change. And the company does not want another Beacon situation, which is is no doubt one reason it has us here today.

The new redesign is predicated on three main ideas:

A key part of the new design is tabs. Anyone who uses Google’s iGoogle start page will be familiar with how this is going to work. Rather than having all the user data on one profile page, the content will be broken up into individual tabs.

The tabs by default will be broken down in the following way:

The third main tab will be a “Photos” tab. Facebook has found that photos create the richest and deepest engagement among users. Finally, there’ll be a tab for “Applications”, which Facebook is also calling the “Boxes” tab. This should alleviate the problem some users have with an increasing amount of clutter due to the ever-expanding number of Facebook applications that pop up on user profiles.

Facebook made it very clear that applications already built for Facebook will all be compatible with these new tabs.

In addition to the four mentioned tabs, users will have the option to add custom tabs for applications they use the most. 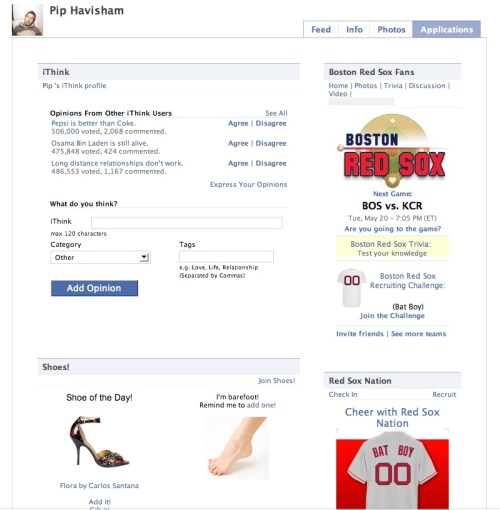 Some other things of note:

Facebook has posted a video of its presentation from the event here. Some other pictures can be found in the preview overview album.

More pictures after the jump. 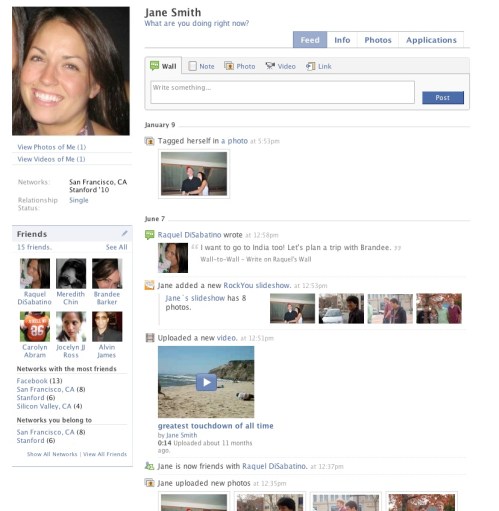 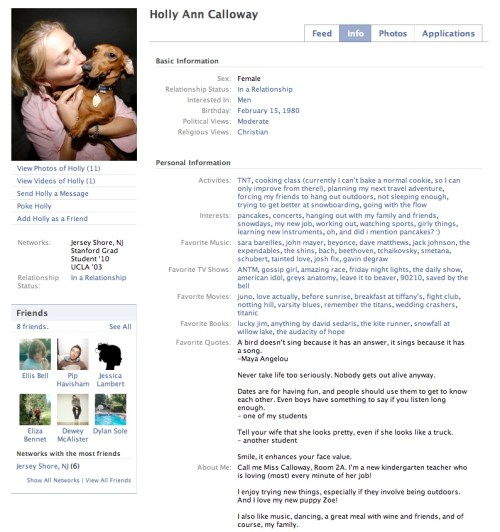