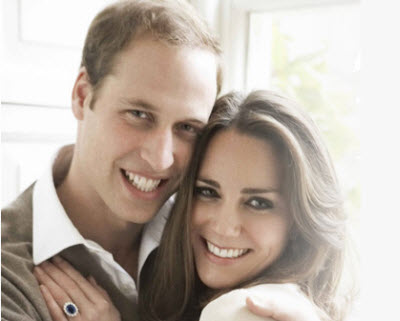 The royal wedding of Prince William and Kate Middleton Friday is going to be broadcast with a live feed on Google’s YouTube video service. Hopefully, it won’t bring down the internet.

The chances of that happening are pretty small, as the total amount of video traffic is likely to be a very small percentage of overall internet traffic on an ordinary day, said Chris Sharp, general manager of content and digital media at Equinix,which carries a huge percentage of the world’s internet traffic.

But that doesn’t mean it won’t put a lot of stress on Google as it carries the live feed on YouTube. About 400 million people are expected to watch on YouTube, with 2 billion watching on TV. Yes, that’s about a third of all people on Earth. Interest in the search terms “royal wedding” has increased four-fold in the last couple of weeks, according to Google Trends.

The wedding starts at 3 am Pacific time on Friday and is expected to continue for seven hours. That duration and the excitement building toward the long-planned event will draw a bigger crowd than one-time surprise events like the death of Michael Jackson, Sharp said. Jackson’s death put considerable stress on entertainment news web sites for hours.

The British monarchy is making the event internet friendly with the live feed, updates on Twitter, posts on Facebook, and an official web site. Google handles a billion search queries a day, and YouTube receives uploads of six years’ worth of video per day. Accenture chose Google on behalf of the royal family and tested its network to make sure it could handle the traffic. If Google sinks under the load, users could also watch video on sites such as the BBC or CNN.

Sharp said that the internet’s architecture is built to handle loads like this one. Basically, the video is shared to key content delivery networks, which host the video and share it on a regional basis. That allows users to get to the video by the shortest and most efficient routes. With such caches of video, users will converge on a bunch of sites during the wedding, rather than on one single site.

There could be some big moments during the broadcast, like when Middleton reveals her wedding dress for the first time. YouTube has prepared for this with other live events, such as the March grand finale of the YouTube Symphony Orchestra, which was streamed 33 million times. Another big event was Barack Obama’s inauguration during 2008.

Sharp said that where video could get bogged down is when people try to view it on smartphones and tablets over the cell phone network. Those networks aren’t yet built to handle huge amounts of video traffic. United Kingdom mobile operators O2 and Vodafone are upgrading their capacity for the royal event.