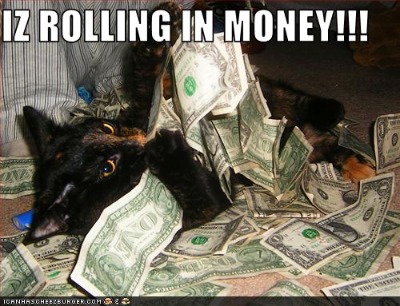 Google’s not the only one getting into the increasingly lucrative online group buying business. LivingSocial has just scored a $175 million investment from Amazon.com, a deal whose possibility was first reported by VentureBeat last month.

The company is a major competitor to Groupon, the group-buying company for which Google reportedly bid $6 billion this week. Both sites sign members up to receive deeply discounted offers for services, meals, and group activities from local merchants looking to grab new customers and hip reputations online.

LivingSocial also received an additional $8 million investment from Lightspeed Venture Partners (LVP), putting it further into the increasingly scrappy war over who will snap up discount shopping websites the fastest.

VentureBeat was the first site to write about the possibility that the Washington, D.C.-based startup was negotiating a $100 million investment from Amazon. LivingSocial is also also backed by former AOL CEO Steve Case and Grotech Ventures.

The company’s rapid expansion into the U.S., Canada, U.K., Ireland and Australia has reaped some heady rewards.

LivingSocial says it’s currently booking an average of more than $1 million a day and is projected to add more than $500 million in revenue in 2011. It currently counts 10 million subscribers in its customer base.

But how competitive are LivingSocial and Groupon, side by side?

The data also found that the main difference between the sites is that Groupon has apparently “crossed the chasm,” with “strong showings in types like Mosaic type C02 -Prime Middle America.'”

LivingSocial, on the other hand, appears to appeal most to the “young cosmopolitan” crowd: early adopters who have the potential to stick with the site for the long-term, if it delivers.

Whether Groupon accepts Google’s offer appears to be up in the air, but for now, LivingSocial seems to be reveling in its own massive — and definitive — infusion.

“To be the biggest player in the local commerce space there is no one better to work with than Amazon,” said Tim O’Shaughnessy, CEO of LivingSocial. “As the social shopping space continues to heat up, LivingSocial is committed to staying focused on providing the high level of quality that consumers and merchants have come to expect when working with us.”