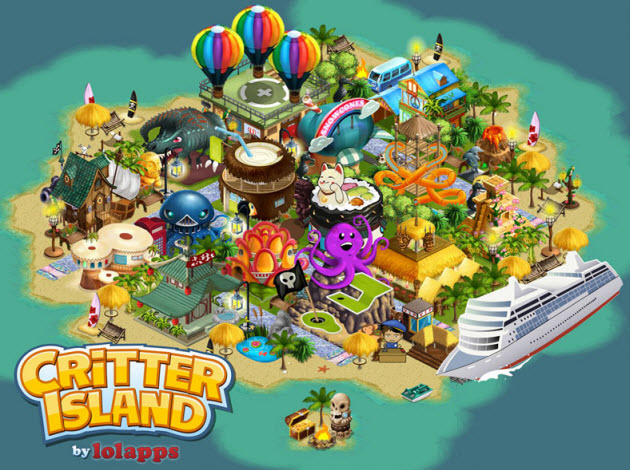 You probably haven’t heard of LOLapps, the maker of social games on Facebook. But the company has quietly become one of the leaders of the pack among hot social game companies that are still independent.

The San Francisco company has more than 100 million users. But almost nobody has kept track of that. On AppData, which measures Facebook traffic, LOLapps is listed as having about 10 million monthly active users, which doesn’t even put it the top-10 developer list. But if you consider the 100 million number, only Zynga and CrowdStar are in the same ballpark. 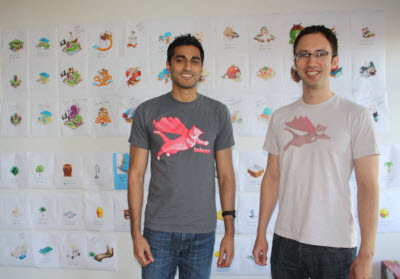 The undercounting happens for a simple reason. The company’s two top apps, Gift Creator and Quiz Creator, have many more users than are shown in the official stats. That’s because users create their own quizzes and gifts with those apps, and are then counted as the developers of apps; LOLapps doesn’t get credited or recognized when its users create apps that spread virally on Facebook. In that sense, LOLapps is a lot like CrowdStar, another leading Facebook social game company whose quiz games don’t get counted much.

But that low profile has had its benefits, says LOLapps chief executive Arjun Sethi (pictured, left). LOLapps, whose name is a nod to the LOLcats meme on the web, has been able to fly under the radar. Competitors have not been focused on directly challenging LOLapps’ titles.

The company was founded in late 2007 by four friends — Brian Rue, Kamo Asatryan, Annie Chang, and Kavin Stewart (pictured, right) — who were searching for ways to make money on Facebook. They saw that Slide and RockYou were creating lightweight, casual apps that were being used by tens of millions of users.

They launched their own quiz creation game, where users could craft their own quizzes and share them with friends. The app on Facebook became more like a portal for fun quizzes, with the best ones rising to the top and getting shared by friends.

It took off, doubling its audience just about every day. Two of its founders were committed to the company, but two (Asatryan and Rue) were still in college. Rue had to hit certain revenue targets before his parents would let him drop out of school and work for the company full-time. They got their first million users without spending a dime on ads.

Now, more than a million apps have been created with the Gift Creator and Quiz creator tools. The gifts and quizzes gave LOLapps a staple crop, generating lots of user growth and revenues via virtual goods purchases. Kavin Stewart, co-founder and vice president of product, then used that revenue to start creating games in-house. While Zynga moved fast into its Flash-based simple simulation games such as YoVille and FarmVille, LOLapps took a different turn. It started making elaborate role-playing games aimed at hardcore gamers on Facebook.

That turned out to be a wrong turn for LOLapps, said Stewart. While the RPGs generated loyal fans, the base was small and didn’t grow virally. Then, as Zynga scored big with FarmVille, it became clear that doing the simpler Flash games for casual audiences was the right move. LOLapps regrouped and targeted the same market.

“We are trying to make quality games with ambitious graphics,” said Stewart. 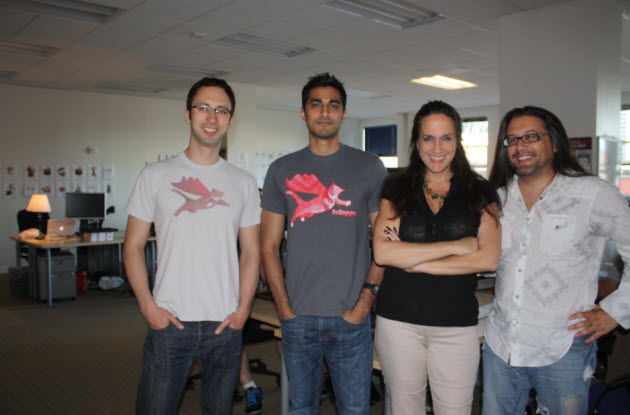 That has helped the company attract some stellar talent from the game industry. Now that strategy shift is starting to bear fruit. The company recently launched Critter Island, a game where you can decorate an island for tourists and invite friends to come visit. It’s a cute game with a lot of humor. You can, for instance, drown your friends in the water. The game’s design team included creative director Brenda Brathwaite (pictured above, second from right), a famous video game developer who, like many before her, has moved into Facebook games. She joined LOLapps at the end of March. Now the team has about 45 people, with a little less than half of them hired from traditional game companies.

Another consultant designer who is working on an as-yet-unnamed Facebook game is John Romero (pictured above, far right). That may be surprising to a lot of folks. Romero, the designer of Doom and Quake — two of the most famous hardcore games ever created — is now working on cute Facebook games for LOLapps, whose mascot is a cat. Romero is still working at Gazillion, which is working on hardcore game massively multiplayer online games. But he is consulting for LOLapps on the new game.

“This is where the excitement is now,” Romero said, speaking at LOLapps’ headquarters in San Francisco.

Stewart says LOLapps is concentrating on marrying web and game technology to the kind of mini virtual worlds that are popular on Facebook. The company has now launched seven games to date, beginning with the moderately popular Garden Life back in January. The latest games look like insane parties, full of crazy characters, and are almost more like real-time strategy games. Stewart said the company worked hard to develop graphics that look good but are suitable for what works on Facebook.

Sethi said the company’s goal is to work on a relatively small number of high-quality games, sort of like the Pixar approach to making animated movies, which results in one hit after another.

Some traffic has fallen in recent month as Facebook stopped games from spamming users. But LOLapps is considering expanding to other platforms such as MySpace and Google’s upcoming social network. The overall goal is to reach general web users as well as gamers.

LOLapps is cash flow positive and has so far raised only $4 million, which came from Polaris Ventures in September, 2008. The company has a couple of teams that operate as independent studios, working on new games.  By year-end, LOLapps hopes to have around 55 people. By the end of next year, the goal is to double the size of the team. If that happens, then LOLapps will be much closer to both fame and fortune.