These fuzzball electric creatures took a liking to me in my demo of Lone Echo II, the new virtual reality game coming from Ready At Dawn Studios and Oculus Studios in the first quarter of 2020. They kept trying to connect with me and my partner, and when they did so, they fried us. I had to figure out how to get around them, and it wasn’t easy.

I played the sequel to 2017’s Lone Echo at an Oculus press event. It was my second encounter with the title. In the first demo, I played as the android Jack, an artificial intelligence humanoid robot assigned to work with Captain Olivia Rhodes. 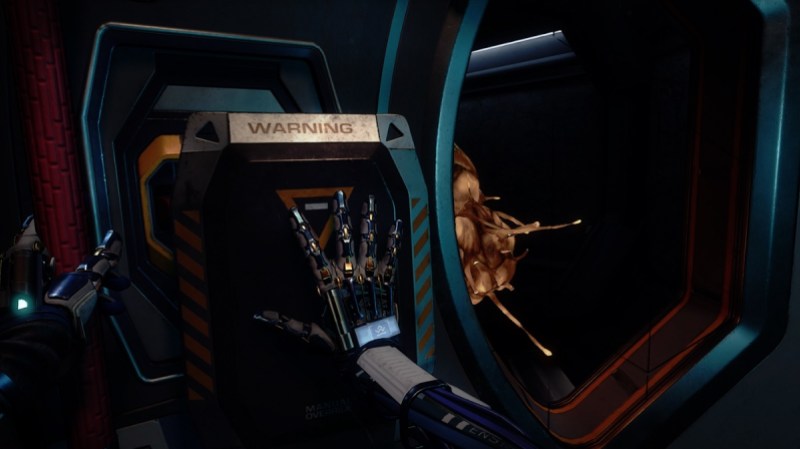 In the first game, Jack and Liv encountered an anomaly in space while aboard a spaceship near the rings of Saturn. Things went downhill from their, but Jack had to work to keep Liv alive. In the second game, Liv is aboard another mysterious ship, trapped in a room with Jack’s parts. She has to reassemble him so that he can reboot.

In the second demo, Jack is back together. Liv and Jack make their way in zero gravity through the spaceship. It happens to be 400 years later.

“The beginning of the game is understanding what’s happened, what this future is about, and what’s going on,” said Ru Weerasuriya, CEO of Ready At Dawn Studios, in an interview with GamesBeat. “You’re still in the rings of Saturn, and over the course of the game you’ll find out what’s been happening.” 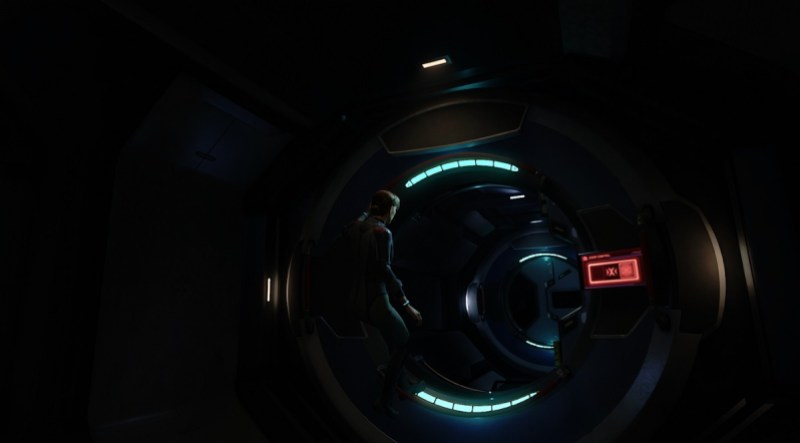 The demo started aboard the space ship. I was floating. I had to grab on to some rails and pull myself along to keep up with Liv. She was at a door and we needed to open it. So I reached out with my real hand, holding an Oculus Quest controller. I opened the door and we went into the next corridor. A computer kept telling us what to do to proceed through the derelict spaceship. It feels pretty immersive.

The ship is ruined. We move around in zero gravity. We open doors with my hand. But at one point, we come to a door that is blocked. On the other side is a fuzz ball electric creature. The creature senses Liv’s life form and makes a beeline for her. The thick glass protects her, but the creature hovers close to Liv.

My job is to make my way around the side to another corridor. Liv stays at the door, holding the attention of the creature. I find a control mechanism that can move some contraptions around. I do so and maneuver the creature into an escape pod hatch. Then I jettison one creature off into space. Then I do the same with the second creature, sending it off into space as well.

We do some more of this, making sure not to get electrocuted by the creatures. There’s also a strange biomass growing in the space ship. That is there because it was used by an enemy to inject a biological warfare threat in the space ship. That happened in the first game, which took place 400 years earlier. But for some reason, the biomass is back 400 years later, in the new spaceship. 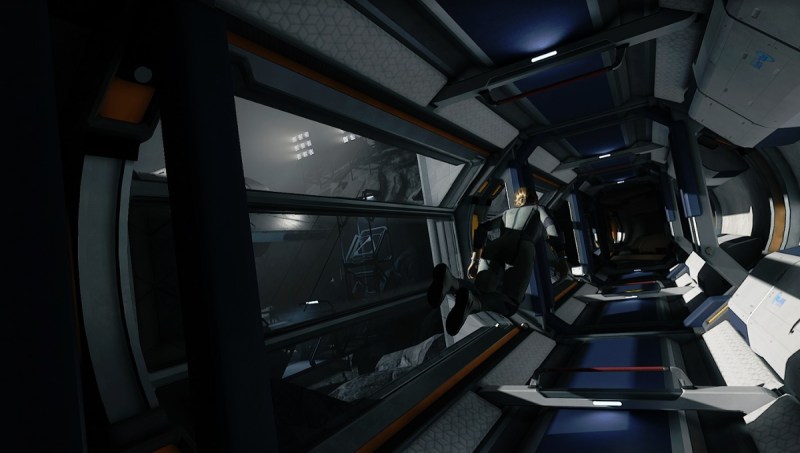 “Out of it comes this bioengineered weapon that was found on the ship,” Weerasuriya said. “What they found out is that somebody sent a torpedo with this biomass into the ship to try and destroy it. That caused a temporal anomaly, which caused this ship from the 26th century to appear in the 21st century. When that happens, the biomass started spreading. It destroyed part of the satellites in the first game. It goes all over the place. Liv went inside the ship had this moment where she was threatened by it, and Jack saved her. In the end, the biomass is the thing that makes them jump again into the 26th century. When you come to the 26th century, you’ll realize that the biomass you found in the first game is still there. That’s what you have to discover – why it’s there and what it’s doing.”

The game will last 10 hours or so, but I had it for barely 10 minutes or so, and didn’t have time to finish the full demo. But I feel a kinship to Liv, as I have to protect her and make sure she gets through the ship without harm. And that’s the point of the demo. You can establish a connection between Jack and Liv.