In October, holographic display maker Looking Glass Factory welcomed Sony to the 3D monitor business with a blog post inspired by a classic Apple ad, positioning itself as an innovative David to Sony’s Goliath. But given the enterprise focus of both Looking Glass’ $3,000 monitors and Sony’s $5,000 Spatial Reality Display, it wasn’t clear that either company was going to push holographic technologies mainstream anytime soon.

Looking Glass Portrait changes that. For $349, the full-color, 60 frames per second holographic display enables 3D objects to be viewed from multiple angles within a 7.9-inch-diagonal box. Portrait can be tethered to a PC or Mac for “heavy” 3D apps or operate in standalone mode as a 3D photo and video player, thanks to a built-in Raspberry Pi 4. The new display’s portable design and 1.3-pound weight enable it to be used at offices, home offices, or on the road, so glasses-free 3D visual content will become viewable anywhere.

While each of the company’s displays has resembled a glossy prism, Portrait’s new design uses redesigned optics with “dramatically improved ambient anti-reflective properties” and generates 45 to 100 simultaneous perspectives of the 3D object at once. This enables the holographs to be viewed by multiple people from different angles at the same time — overcoming a major limitation of Sony’s holographic design. 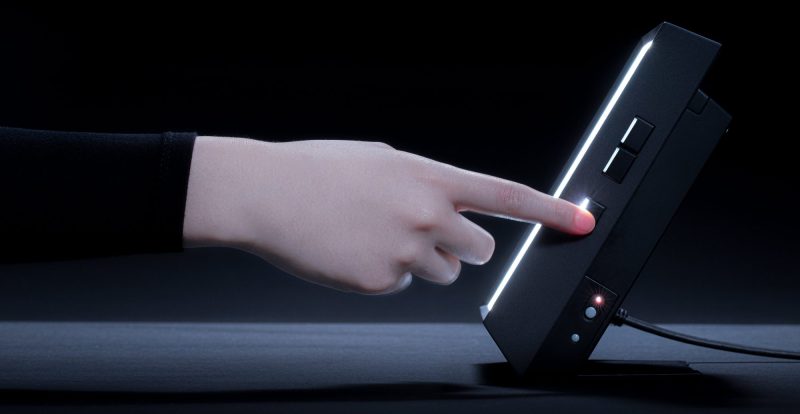 In its most basic form, Portrait can be used as a holographic picture frame, presenting stereoscopic images from Apple TrueDepth, Intel RealSense, and Microsoft Azure Kinect depth cameras or 3D modeling tools within what appears to be a deep 3D box, based on the same screen size and 2048 by 1536 resolution of a current-generation iPad mini. Medical imaging and scientific visualization platforms such as Paraview, Kitware, and Schrodinger’s Maestro are supported for high-fidelity 3D objects, and traditional cameras can also be used to create highly detailed holograms for other professional applications, such as databases of parts or people.

Up to 1,000 pieces of holographic media can be stored directly within Portrait for playlist-style or looping playback, enabling an enterprise to display its entire inventory of products or multiple office locations without the need for another connected device. When Portrait is tethered to a computer, Azure Kinect and similar depth-sensing cameras can be used in conjunction with PC and Mac apps — including Unreal Engine, Unity, Autodesk, Maya, and Blender — for 3D application and art development. There’s already an experimental face tracking app that converts a person’s facial movements into animations for creatures, foreshadowing how the technology will be used to power holographic teleconferencing with realistic 3D human avatars.

Looking Glass is offering substantial discounts to win business from early adopters, a move that could help fast-moving companies rapidly load their desks with holographic screens. Portrait is available during the first two days of its preorder campaign at an early discount price of $199, shifting to $249 for the rest of the preorder period. After that, the price will increase to the full $349 MSRP. Looking Glass guarantees that the displays will start shipping to initial customers in the first half of 2021.