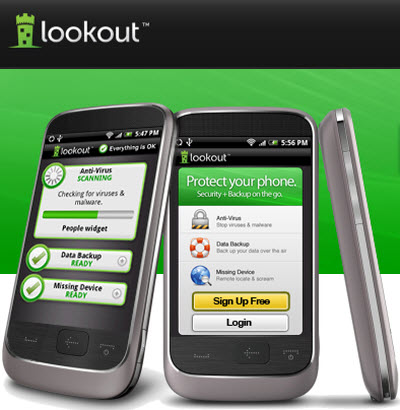 Mobile security firm Lookout is announcing today that it has gotten more than a million registered users in the past six months for its smartphone security app.

The San Francisco-based company says the rapid growth of the free app is due to rising concerns about mobile security threats. As smartphones become more popular and more like connected computers, malware creators are following the crowds and creating malicious software that can disable cell phones, steal personal information, or directly steal money from users.

Lookout is available across the BlackBerry, Android and Windows Mobile platforms (with more platforms to be added in the future). It provides antivirus, data backup, recovery, and lost phone protection for users. John Hering, chief executive of the company, said that it’s increasingly common for malware writers to embed malicious code in games and then upload them to free app web sites across the web. Users download them, play the games, and then find a day or two later that the code activates and makes a bunch of phone calls to Somalia. That malware, dubbed “From Russia With Love,” targeted a popular game called 3D Anti-Terrorist, and it resulted in huge mobile phone bills for the victims. 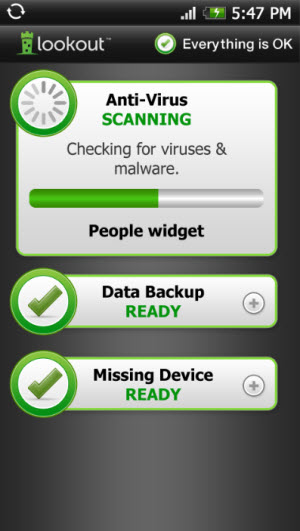 Who is responsible for those charges is an open question. If your credit card number is stolen, banks will reverse any charges made by the thief as long as you stop it within 30 days. No such guarantees are in place in the mobile world. Hering said that tens of thousands of variants of malware are being launched each year, and the numbers are growing at fast rates. By comparison, millions of attacks are launched at computers each year.

But computer-focused antivirus vendors Symantec and McAfee are waking up to the problem. In May, McAfee bought mobile security provider Trust Digital for an undisclosed price. Lookout focuses on protecting users without using too much battery life or processing power, Hering said.

“We found that the desktop antivirus approach does not map very well to smartphones because of battery life and processing power,” Hering said.

Lookout is a cloud-based service with a thin client that is optimized for battery life. It scans when you download an app and immediately tells you if there is something wrong with the app.

In the past six months, Lookout has seen the number of malware and spyware threats per 100 phones double to nine in 100 affected per year. Lookout has found more than 130,000 lost or stolen phones, backed up 87 million photos, and backed up 300 million contacts.

About 80 percent of the users are on Android and BlackBerry phones, while 70 percent are in the U.S. Lookout’s investors include Khosla Ventures, Trilogy Equity Partners and Accel Partners. The company’s researchers are giving talks at the Black Hat and Defcon security conferences later this month in Las Vegas. Mobile security is becoming a bigger part of the agenda at security conferences.

The company was founded in 2007 and has 20 employees. To date, Lookout has raised $16.5 million in two rounds. Hering said a premium version of the free app will come out in the third quarter. 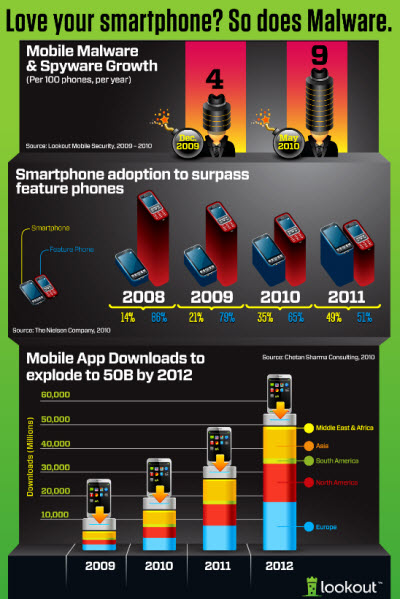