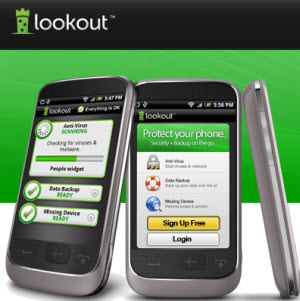 As cyberthreats migrate from computers to smartphones, Lookout has raised $11 million in a second round of funding for its mobile security technology.

The round was led by Accel Partners, with Khosla Ventures and Trilogy Partnership also investing. The San Francisco company also added Joseph Ansanelli, former chief executive at Vontu, as its chairman.

“The smartphone market is exploding, and consumers are downloading third-party apps by the hundreds, making security an increasingly vital component of the mobile market,” said Ping Li, partner at Accel Partners, who will join the board.

The global smartphone market grew more than 50 percent during the past year, according to market analyst firm Strategy Analytics.  That means consumers have access to thousands of third-party applications. And some of those are vulnerable to the same risks that afflict PC apps: viruses, worms, identity theft software, and other malware.

Lookout has created cross-platform, cloud-connected security apps that identify and block threats before they hit a mobile phone. Lookout also provides cloud-based backup and restoration for mobile content. It can find a lost or stolen phone and wipe data remotely if necessary. It is available on 400 mobile networks in 170 countries and currently blocks thousands of malicious apps every month.

John Hering is chief executive. The company was founded in 2007 and has 25 employees. Rivals include McAfee and Symantec.