Lucid has teamed up with Hollywood camera maker Red to build a fancy 8K video, holographic image, and virtual reality camera for the Red Hydrogen One smartphone. The add-on camera will debut later this fall.

Santa Clara, California-based Lucid launched its first 180-degree VR 3D camera last year as the LucidCam. But now the company is taking that technology and adding it to a next-generation smartphone for camera professionals and high-end consumers. The holographic display on the smartphone will let you view 3D imagery on the camera, including VR, without requiring you to wear a VR headset or 3D glasses.

Leia Inc. made the lightfield display possible for the Red Hydrogen One. And Lucid is building on the Android smartphone by adding a camera with dual lenses that will give users full 8K video and picture capabilities. It will convert those images to 4V (4-view) and will have dynamically adjustable lenses to ensure that the right parts of the image are always in focus.

“We have our second generation ready, and this time we are partnering with Red,” Lucid CEO Han Jin said in an interview with VentureBeat. “You can now view the images without 3D glasses or a VR headset.”

By attaching the soon-to-be-released modular holographic phone to the camera, users will be able to view 3D/4V content live and in post production as if they were looking through the viewfinder. 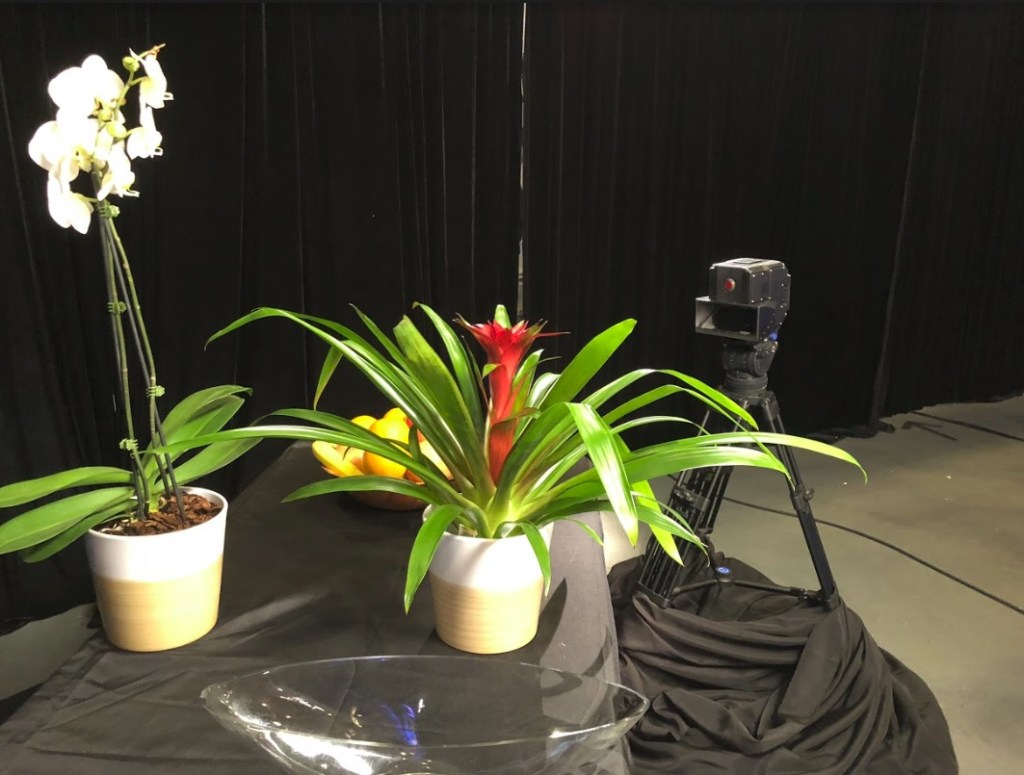 Above: Red Hydrogen One with Lucid camera can generate 8K 3D and VR videos.

The new Red camera is powered by Lucid’s real-time 3D Fusion Technology, which transforms the time and processing-intensive 3D/4V workflow into an instantaneous point-and-shoot experience. The look and feel of the new camera sticks to Red’s previous designs, but this time it has two perfectly hardware-synced 4K cameras that leverage a beam splitter to capture and convert the output to 8K 4V (.h4v) files.

“Having Red as a partner allows us to combine the best of both worlds — the highest resolution and quality hardware from RED with the most advanced software, our 3D Fusion Technology,” said Jin.

The Red and Lucid partnership enables both companies to extend their customer reach. Over the past year, Lucid has shipped and sold thousands of its VR180 3D LucidCams through Amazon and Best Buy, as well as direct to consumers online, confirming the market interest and demand for creating and consuming such content.

“This is a great opportunity to work together for the prosumer market,” said Jin. “We targeted consumers. Indie film makers are using Red cameras. The potential of the combined audience is huge for the Red Hydrogen One.”

The magic of 3D, VR, and AR videos and images created by both the LucidCam and the RED 3D/4V camera can be enjoyed on the Hydrogen One without the hassle of wearing headsets, he added.

“This partnership allows us for the first time to deliver the highest-quality 3D capture to our customers, and now they can view the content immediately in 3D/4V without headsets,” said Jin. “At a time when two of the biggest challenges in the industry have been resolution and easy viewing of 3D content, we believe this is the solution everyone has been waiting for.”

The camera will debut in the fourth quarter. Pricing hasn’t been set.