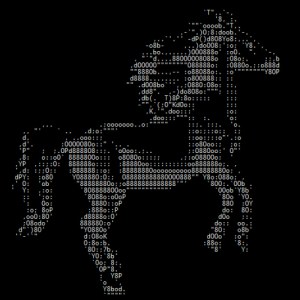 Police said they believe the man arrested is linked to an ongoing international investigation into the criminal activity of  “hacktivist” groups Anonymous and LulzSec. The man is also believed to use the online alias Topiary — who describes himself as a “simple prankster turned swank garden hedge” on his Twitter profile.

The last update on Topiary’s Twitter feed, which states “You cannot arrest an idea”, was sent July 21 — two days after a slew of people in the U.S., Britain and the Netherlands were arrested in connection with crimes committed by hacker groups Anonymous and LulzSec.

As VentureBeat reported earlier, the hacker groups issued an announcement this morning calling for PayPal users to close their PayPal accounts in response to a recent string of FBI arrests of Anonymous members who participated in last December’s distributed denial of service (DDoS) attack on the company.

The image is the Twitter avatar used by LulzSec member Topiary.