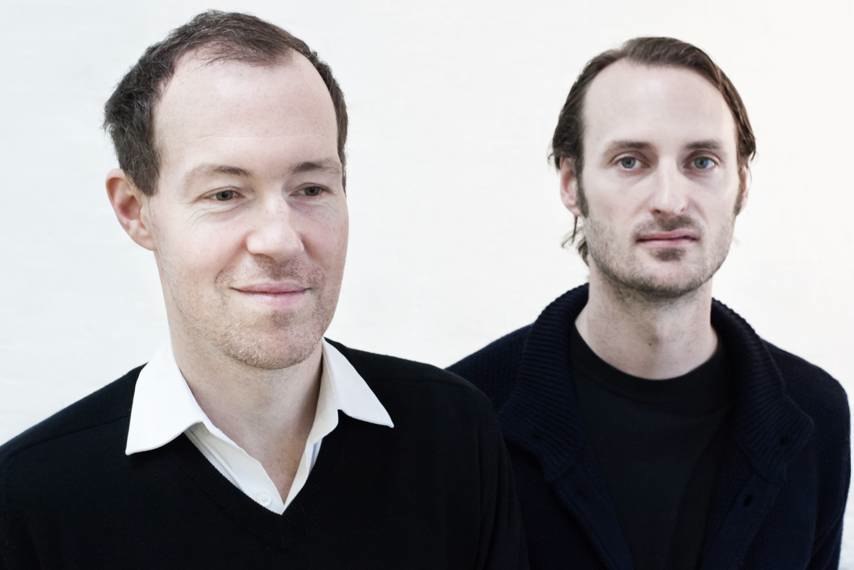 It takes a certain type of entrepreneur to go after the least rewarding or trickiest markets. Felix Miller and Martin Stiksel are that type.

Miller and Stiksel are two of the co-founders of Last.fm, the social music service that launched in 2002 and sold to CBS in 2007 for $280 million. After spending a few years off the grid, the boys are back, and this time they think they have what to takes to tackle the only startup market that may be more unforgiving than music: personalized content discovery.

Announced in a blog post Tuesday morning, Lumi has the same mission and model of Last.fm, minus the focus on music.

The pair’s ultimate goal with Lumi is to help you “discover things online.” That sounds eye-rollingly ambiguous until you understand how they plan to do that — by recording every webpage you visit. Think of Lumi’s approach as the browsing equivalent to scrobbling, the Last.fm process for recording and analyzing all your song plays.

“Lumi is a website that allows you to record the pages that you’re visiting,” co-founder Stiksel, pictured left above, explained to me during a phone interview. “This way you can tell Lumi what you’re interested in … and it helps us find you more interesting pages.”

A Lumi browser extension, once installed, does all the webpage recording. That data, which they insist is anonymized, is then used to make suggestions for webpages popular with other folks who have similar interests. Unlike other content recommendation engines, you never have to actually express an interest to get recommendations from Lumi. 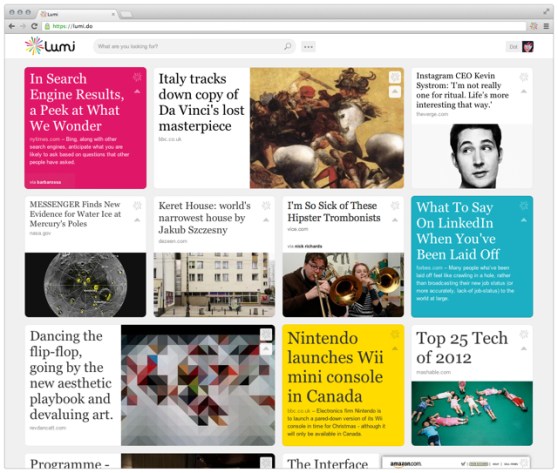 The carry-on-now model is burrowed from Last.fm, meaning you don’t have to do anything once the extension is installed, the co-founders said.

The problem of content discovery on the web (or mobile, even) is not a new one, and sitting somewhere between search and social networks are a slew of startups that promise to serve up the content you want without any heavy lifting. Trapit, for instance, tries to tackle the problem on web and iPad with artificial intelligence. StumbleUpon is probably the most successful of the bunch, having had an up-and-down-and-up-again 10-year-run at the market.

“It’s a crowded space, you’re right, but no one is doing it the way we’re doing it,” Stiksel told me confidently.

Adding to the challenge is that the guys are asking you to hand over your browsing data, to trust them with everything you do on the web. That’s a tall order, and they know it.

“We want to create an environment where people feel safe,” Miller said. “We’re not trying to sneak this in,” Stiksel threw in a second later.

The way they see it, Lumi will only succeed if the environment they’ve created stands up to peer review and if the data is never misused. The two also think their best shot at securing your trust is to be as upfront as possible about what they’re doing.

And if you want to use Lumi but still browse your unspeakables without the tool in tow, there’s always the option to turn on your browser’s private or “incognito mode,” they said.

Lumi is still very early stage, Miller and Stiksel both stressed, and they’ve only opened up the site to a small group of people today to load test their still-germinating experiment.

Lumi is based in London. The startup has a team of 10 and is currently self-funded by its co-founders.