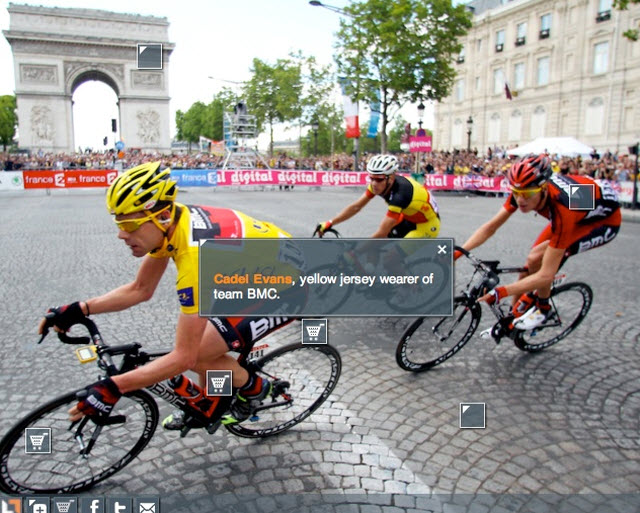 There are something like 3 trillion images on the web. But almost none of them are interactive. Luminate hopes to change that with a platform for creating interactive image apps on web sites.

Luminate, formerly known as Pixazza, wants to unleash the creativity of consumers so they can create their own apps that reside within individual images on their favorite web sites. The platform is the logical extension of Luminate’s earlier platform, which shows off advertised products when you hover over a picture. That earlier platform launched in 2009 and now reaches 150 million monthly users and generates 30 billion image views per year.

The new idea is to bring flat and static images to life by creating interactive images, or ones that you can hover your mouse pointer over and activate. You can, for instance, create a baseball card that you can flip around and view the player’s stats. You can hover over a picture of a disaster zone and see the latest news associated with it. 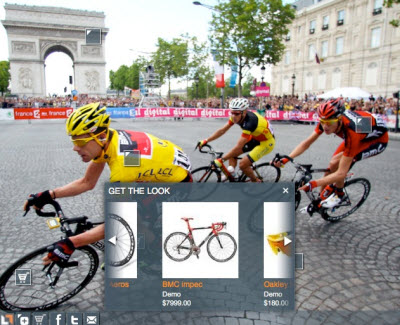 “We want to make images interactive,” said Bob Lisbonne, chief executive of Luminate, in an interview. “We can now make them richer and allow you to share a part of an image with your friends.”

Lisbonne said early testing indicated that the new platform is even more appealing than the earlier one.

“It’s a huge step forward,” he said. “The earlier product was just one application. Now we’ll have many. Our goal is to have hundreds of thousands of apps. At some point, consumers who mouse over an image and find nothing will be disappointed.”

Mountain View, Calif.-based Luminate wants images to be a gateway for accessing rich and relevant content; images can become more than visual stimuli. Images can become a canvas to shop, share, comment, examine, curate, search and socialize, Lisbonne. Luminate wants app makers to use their imagination in creating apps that use the images as springboards into something cool.

Lisbonne says the explosion of mobile, social and cloud computing trends sets the stage for image apps. Consumers can spot image apps when they see the Luminate icon in the corner of an image. The user moves a mouse pointer on the image and then can choose from a variety of apps associated with the image. One of the cool things is that a user can share a piece of an image or draw on the image to highlight a particular piece of it. The image can show where to purchase a product in the picture, tell new information about an event, reveal a geographic tag, show a movie trailer, or point to Wikipedia information.

James Everingham, chief technology officer of Luminate, said that images have remained stagnant on the web because it is hard to contextualize their composition and link them to other pieces of relevant content.

The company was founded in 2008 by technologists from Netscape (Lisbonne used to be general manager of the browser division) and LiveOps. The inspiration came when Everingham’s wife spent hours searching for the shoes that actress Sarah Jessica Parker was wearing in a “Sex and the City” photo and then spent even more time looking for a similar but less expensive version than the $1,000 Christian Dior shoes in the photo.

Luminate makes money via advertising from brands or direct response ads. In the future, Lisbonne said the company expects to ad mobile and tablet image app platforms. The company is not yet profitable. Luminate has less than 50 employees. Rivals include GumGum and Image Space Media for in-image advertising.