Lytro cameras, the much-hyped photo gadget from a Silicon Valley startup, finally began shipping to customers on Wednesday, four months after the company started taking pre-orders. The cameras use something called light field technology to capture “interactive” images, on which you can change the focus after you take the picture.

After a stretch of build-up, starting with an announcement of the new company in June of last year, Lytros are finally out in the wild and we can see how the public takes to the images. Will the re-focusable photos go viral and change photography, or will they be a fad? While the camera is undeniably cool and based on impressive technology, it may have difficulty finding commercial appeal outside of a few hardcore gadget lovers, and perhaps real estate agents, due to combination of technical limitations and a high price-tag.

A lot of the excitement surrounding Lytro stems as much from the revolutionary technology inside as from a tech community hungry for a truly unique physical product — a welcome change from the glut of mobile apps and daily deals sites that usually come out of Silicon Valley. And it is definitely unique.

Small and rectangular, with a lens on one end and an iPod nano-esque touchscreen on the other, the Lytro camera produces a proprietary still image file-format (Lytro calls it a “living photo”) that can be posted on Facebook or embedded as an iframe in a website. You can click anywhere on the image to refocus it, or create 3D images using the companion Lytro software. The camera comes in two memory sizes and starts at $399. (The interactive images won’t embed in our site, but you can see samples here.) 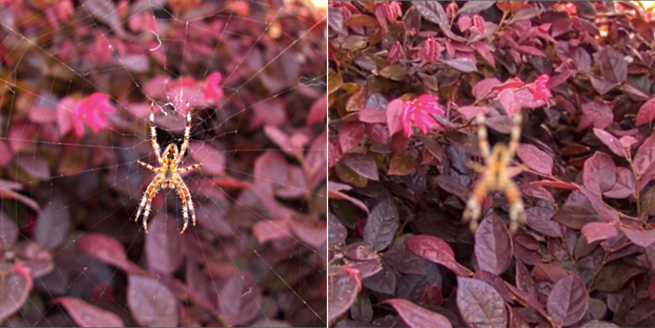 Above: Two focus options from one Lytro image.

While being able to change the focus on an image after shooting is a useful feature, and clicking to focus and refocus photos a fun diversion, photography is about much more than an image being in focus.

There are other limitations that could hinder the Lytro: The final image size is small (though Lytro claims it can’t be measured in megapixels since there’s an extra dimension of data); all images have a shallow depth-of-field; options for sharing the interactive images are limited; and there’s no way to edit the file in popular editing application without first flattening it into a JPG — which could be especially disappointing to the Instagram generation. The camera itself is minimalist, with only a handful of controls and no flash, exposure, video, or sharing options.

What the camera does best is act as an advertisement for the revolutionary technology inside.

“We are in a crazy megapixel war, but we share photos at a relatively small size on a screen. How do you take that explosion of digital sensor [technology] and make it actually worthwhile? Instead of blowing up into two dimensions we’ve blowing up into three dimensions.” said Patrick Chung, a partner at venture firm NEA which led Lytro’s series B funding round in 2010.

“It’s a single first product, but eventually it will also be resident in a camera phone, it will also be resident in a DSLR,” Chung said. He spit-balled some other excellent possible uses for the sensor, including in security cameras (“you can focus on the face of the thief”) and X-rays. Chung said Lytro founder Ren Ng met with Steve Jobs last year, which brings to mind the tantalizing idea of a light-field sensor in an iPhone. Indeed, the numerous partnerships and commercial and industrial possibilities for the sensor seem huge, so why start with a one-note commercial product? 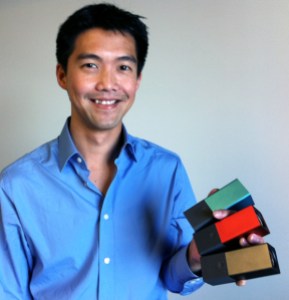 “Having pictures that have this interaction is a very deliberate choice, because they’re what can act as little ambassadors into the world, and very quickly, almost instantly, get new people to recognize that something dramatic has changed,” Ng told us in an interview in October.

Ng developed the light field technology when he was a PhD student at Stanford. He then made the unusual decision to create his own consumer product from scratch instead of licensing or selling the sensor technology to established camera companies. It was a big undertaking, and Ng did it the Silicon Valley way, with a dream team of financial backers — the company has raised around $50 million in funding from Andreessen Horowitz, Greylock Partners, NEA, and K9 Ventures.

A spokesperson told VentureBeat that Lytro is not announcing any sales numbers at this time, though Chung says there is a wait time for new orders, which indicates that there has been a surge of initial demand. However, early reviews are middling, with the most positive feedback focused on the potential of the technology and not the camera or images themselves.

That commercial potential is undeniable, and niche or not, this first consumer product could be more effective as a calling card than a stand-alone money-maker. Even if most of these early Lytros end up collecting dust in a drawer, like Apple’s ill-received QuickTake digital cameras, the Lytro is already a success in many ways.

“It’s almost like a digital signature for a camera system, for a light field camera,” said Ng. “That opens the door to all these things in the future.”