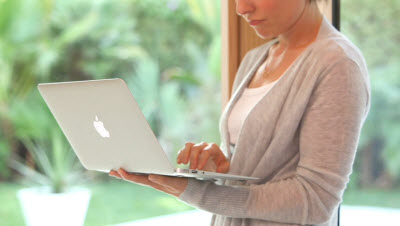 If you’re holding out for Apple to refresh its Macbook Air ultraportable laptop, you may not have to wait much longer. Apple is preparing to upgrade the Macbook Air with Intel’s new Sandy Bridge processors and ultra-fast Thunderbolt interface in June or July, Taiwanese supply chain sources tell Digitimes.

While the news is far from official, it makes sense given that Apple’s sexy thin Macbook Air redesign from last year is still strapped with an aging Core 2 Duo processor. Moving to Sandy Bridge would allow the Air to offer much more computing power and be more efficient with battery life.

Last year’s Macbook Air redesign was a big improvement over the original version of the Air, which was criticized for being slow and underpowered. Apple also made the new Air cheaper, offering the 11.6-inch model starting at $999 and the 13-inch model at $1,299.

Digitime’s sources say Apple is keeping most of its suppliers for the new Macbook Air, which means that we likely won’t see any radical redesigns. And of course, the last Air was refreshed not too long ago. But given how well designed the last Macbook Air already was, I don’t think anybody will be complaining.