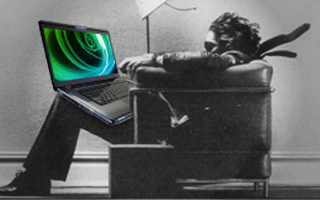 Apple, Acer and Asus are getting ready to blow your mind with new, higher-resolution displays in the first half of 2012.

Taipei-based tech blog Digitimes, which has particularly close ties to the supply chain vendors of many major consumer electronics manufacturers, reports today that at least three new models will be coming in the first half of the new year.

The blog says sources in Apple’s supply chain are aware of a new MacBook Pro lineup that will feature display resolutions of 2880 by 1800 glorious pixels. These sources say to keep an eye out for the shiny new toys around the second quarter of the coming year.

The super-high pixels-per-inch models are rumored to be Retina display-like. The groundwork for Retina monitors lies in OS X Lion’s HiDPI display settings.

The MacBook Pro line got a relatively recent refresh in October of this year; we’ll see if and when these new models hit the shelves.

The blog’s sources also noted that Asus and Acer are planning to unveil new ultrabooks with (less impressive but better than currently available) resolutions of 1920 by 1080 pixels sometime in the first or second quarter of 2012. Currently, the companies are selling 1366 by 768-pixel display models.

Ultrabooks are ultra-thin, ultra-light laptops created to compete with Apple’s MacBook Air. As of this writing, most major PC manufacturers have skin in the ultrabook game.

Acer recently took the wraps off a 13.3-inch, 3-pound Aspire S3 Ultrabook, which started selling earlier this year. And in October, Asus announced its Zenbook line, including 11-inch and 13-inch models weighing in at 2.4 pounds and 2.9 pounds, respectively.

Also in the ultrabook business are HP and Toshiba. Toshiba also unveiled its own 13-inch ultrabook line, the Portege Z830 series laptops, in September. At the end of October, HP announced its ultrabooks would be coming soon.