Machine Zone has been printing money with its Game of War: Fire Age mobile strategy game. And it has been spending a lot of that money on ads with supermodel Kate Upton, decked out as the goddess Athena from the game.

But TMZ has reported that Machine Zone is preparing to dump Upton for pop singer Mariah Carey. That may seem like an odd choice, but Upton never really had much to do with the game, either. But using a big name to find new players is key in the $30 billion mobile gaming market, where keeping users — and getting them to spend money — is a constant challenge.

Machine Zone chief executive Gabe Leydon did not respond to requests for comment.

In Game of War, you build a city and gather resources. You can join a clan and fight other cities or clans. The animations are pretty primitive, but the game’s fans are loyal, and they spend money. That’s why it has been in the top three in the top-grossing list of mobile games for a couple of years. Machine Zone has reportedly been making millions of dollars a day from the game. 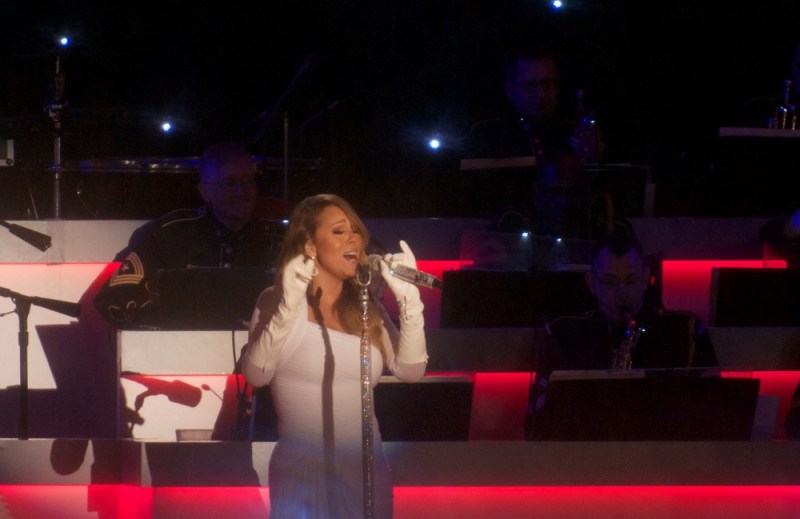 Above: Mariah Carey is supposedly coming to Game of War’s ads.

The free-to-play title has constant churn, however, and that’s why Machine Zone has to advertise heavily. It launched its expensive Upton commercials last fall, and it even aired one of the ads during the Super Bowl.

Machine Zone thus has to go through a constant cycle of generating revenues and then spending them on user acquisition. It can afford to pay more than almost any other mobile game company to get those users. But the switch to Carey could be an interesting new milestone for Machine Zone.

Carey is reportedly getting seven figures to shoot a 30-second commercial, directed by Alan Taylor, director of the upcoming film Terminator Genisys.