Machinima, a many-to-many video programming service for gamers and pop culture fans, is launching a new mobile app with its partner Victorious. 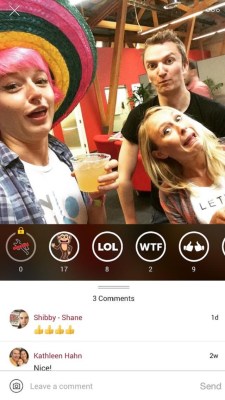 Above: Machinima app on Victorious.

The app will enable Machinima’s video creators to share their apps with Machinima’s audience, which has reached 170 million a month. Many of those users broadcast their own content directly to others, hence the phrase “many to many.”

Los Angeles-based Machinima is the ninth-largest entertainment platform in the U.S. and the second most-watched programmer of content on YouTube. It will use the Victorious mobile platform to connect directly with its fans through the creation of exclusive content and interactive community social features.

The app is now available for download for free through the iTunes and Android app stores.

Chad Gutstein, the chief executive of Machinima, said that the company’s audience is socially engaged, video-driven, and “mobile first,” meaning their embrace new apps on their mobile devices first. The new app reflects that, he said.

The app offers a rich stream of updated video content from Machinima and its talent network. It is launching just in time for the 2015 Electronic Entertainment Expo (E3), the big game industry trade show in Los Angeles next week.

It is also coming in time for Machinima’s own series, Justice League: Gods and Monsters Chronicles.

Top Machinima talent, including TheZombiUnicorn, Gizzy14Gazza, and JeromeASF, will attend E3 and use the app to report on all of the happenings at the event.

Machinima’s on-air host and social community manager Ali Baker will be on the show floor, going behind-the-scenes to get footage. 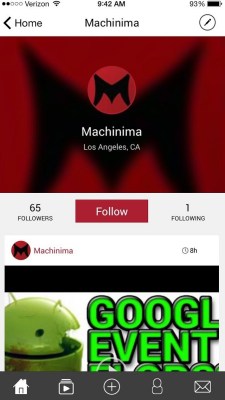 Above: Machinima app on Victorious

Sam Rogoway, the CEO and cofounder of Victorious, said he was happy his platform could deliver interactive programming to a zealous fan base. He said it will allow Machinima’s top creators to form a more personal relationships with fans.

Before that round, Machinima had raised $53 million in funding, including an $18 million round in March 2014.