Now this is a way to cement a Silicon Valley legend. Madame Tussauds San Francisco said today it will make a wax figure of Apple cofounder Steve Wozniak.

The legendary maker of wax figures and wax museums will reveal the 3D image of Woz on stage at the first-ever Silicon Valley Comic Con in San Jose, California, in a few weeks. It makes me want to step back and think about how rare it is for tech innovators to break in the ranks of well-known celebrities, which is the usual domain of wax figures.

Wozniak had to pose for a private session with a team of Madame Tussaud sculptors and artists. They’ll capture his measurements, hair, and eye color to try to create an exact match in wax.

Wozniak won the public’s vote to become Madame Tussaud’s next Bay Area Tech Innovator to be immortalized in wax. He will reveal the image on-stage on March 19 at the Silicon Valley Comic Con. 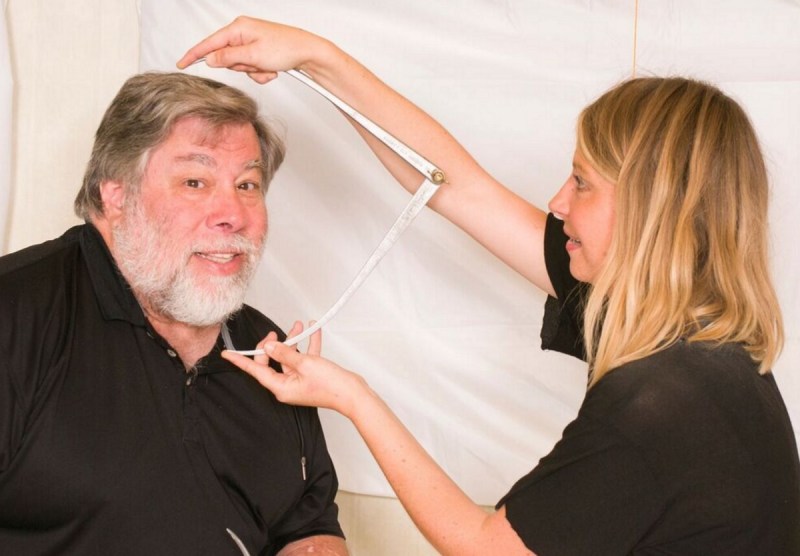 Above: Steve Wozniak gets measured for his own wax figure.

The posing session lasted more than two hours, and more than 250 measurements were taken. The sculpting process has been going on for almost four months, and the completed figure will be valued at approximately $350,000.

Wozniak said in a video, “I will probably have an immense rush of pride and chills” when he comes face-to-face with his wax figure for the first time.

Wax Woz will have a permanent position alongside Steve Jobs and Mark Zuckerberg at the Madame Tussauds Fisherman’s Wharf location after the reveal.