Magic Leap is taking orders for its first product, the $2,295 Magic Leap One Creator Edition augmented reality glasses. It superimposes computer-animated imagery on the world to augment what you can see with your own eyes.

CEO Rony Abovitz has been waiting for this day for a long time — since he started Magic Leap in his garage in Florida back in 2010. He saw an explosion of expectations and hype after Google invested more than $500 million in the company, raising expectations for AR and mixed reality.

He used that to raise more than $2.3 billion and hire 1,500 employees. But there’s bound to be a letdown at some point, and the reality is that these kinds of big leap innovations still cost a lot of money and take a lot of time to develop and get to the market.

The Magic Leap One Creator Edition costs less than Microsoft’s rival HoloLens AR glasses ($3,000 to $5,000), but it will cost far above typical consumer devices. Abovitz said that the initial product is for creators and enterprises, and the company is already working on future products that will show more improvements and more applicability for consumers.

Abovitz sees Magic Leap’s augmented reality glasses as the next-generation computing platform — using computer vision, light-field technology and spatialized audio, in concert with the human brain. I interviewed him today about that vision. 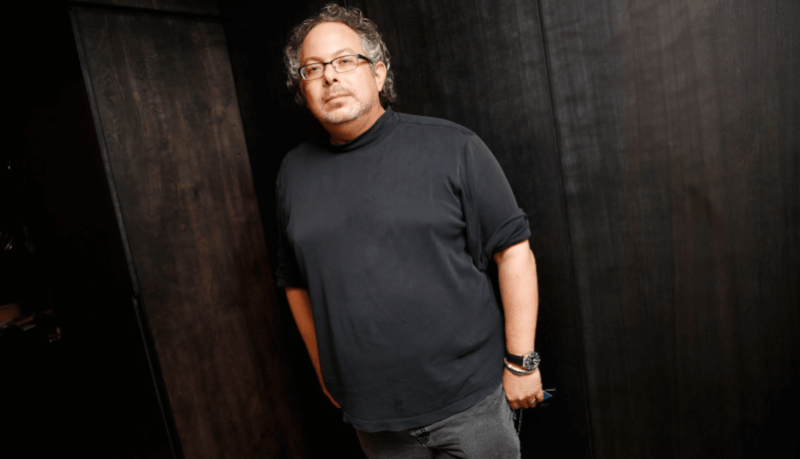 Above: Founder and CEO of Magic Leap Rony Abovitz.

VentureBeat: How are you feeling about your launch today?

Rony Abovitz: I’m recovering from a number of days of no sleep, but feeling good. We’re really happy.

VentureBeat: Can you tell me about some of the biggest decisions that got you to this point?

Abovitz: Probably the biggest decision — I started up a company around robotic surgery and went public in 2008. About three years after that we were successful. Things were going well. I was pretty content and happy. I said, “I need to do something super challenging again.” I wanted to go right back to the beginning and start working late at night on my next project.

That decision to start something new and bigger and more ambitious, to try to change all of computing, was a bit nuts. It’s like Bilbo Baggins having to step out of the Shire. Off you go and there’s dragons. But that was probably the biggest decision, just to go and do this.

VentureBeat: It looks like there are a lot of tradeoffs you have to make given where computing power is at this point, if you want to ship something relatively affordable.

Abovitz: I grew up with computers. There was never a time when there was no computer in my life. I just grew up seeing those decisions over time. I had a 128K Mac when I was a kid. I had one of the first Ataris. I saw all those things evolve. All the people I admired did the best they could do at that moment in time with design and compute. They made it as great as they could given all those constraints.

Engineers and designers never have unconstrained, unlimited anything. You always have to balance compute and form factor to make something happen. The way we did it at Magic Leap, I had a vision of what the world will look like. If you think about ecommerce in the mid-’90s, it took 20 years to turn into what Amazon is today. But you had to see that vision in the mid-’90s and believe that was how big it could be. Every year you had another little slice of that vision happening.

I think of it like a very long loaf of bread. You keep giving people the biggest and best slice you can each time and try to make it worthwhile. As the years go by it becomes bigger and bigger and more grand. I think some people believe it will be the Matrix or Blade Runner instantly. The entire universe turns into Waterworld right away. I think of it like Matrix Junior. You can begin to have that locally around you with some friends. You can have those unevenly distributed features beginning.

What’s going on with Magic Leap One Creator is we’re going to have those pockets of people who want that right now. They’ll start living 10 or 20 years ahead of everyone else. You’ll have that unevenly distributed future, but it will pull everyone else along with it. We’re building Magic Leap One for that group that wants to create and pull everyone forward.

VentureBeat: That $2,295 price is lower than where HoloLens is now. Are there comparisons you’d make to that experience?

Abovitz: What I would compare it to is, we have a really powerful CPU and GPU, the Nvidia Parker. Our Lightpack, that little computer that sits in your pocket, has the power of a notebook computer that people might buy for more money than our entire system. Then we have another computer in the Lightwear, the thing you wear on your head, that has computer vision and a little baby Jarvis AI and sensing that you can program. You find those things in satellites and self-driving cars that cost tens of thousands of dollars.

Trying to figure out the value proposition, we were looking at — you have a real-time computer with completely next-level sci-fi stuff. We invented our photonics chip from scratch. We designed and built the machines. We were looking at the Lightpack itself, the one in your pocket, as a notebook equivalent with great graphics capability. There’s nothing really comparable to the Lightwear. It’s all self-contained.

Our thought was, if you’re a creator or someone who wants to be spatial computing-forward, this is a pretty good value prop that gets you in the game. Especially considering what you’re willing to pay for a pro tablet or a phone. It’s almost within the same order of magnitude, and high-end notebooks are more expensive than a Magic Leap One. It’s all in the box. Off you go.

VentureBeat: You guys raised $2.3 billion. Based on the Wired story, it looks like you still have a lot of cash going forward. Is that still necessary for you to stay on track?

Abovitz: We raised the capital not only to launch Magic Leap One. We built an entire development and factory operation to build spatial computing systems. Magic Leap One, Magic Leap Two — we announced a partnership with AT&T where you’ll see 5G integration in our next systems. This is an arc where you want to be going along with Magic Leap One, Two, Three, Four. It’s like a trilogy, or a Star Wars thing where there’s nine movies.

If you’re in this sector and you’re really serious about it, you’re not just here to make one thing happen. You have to plan for a long ride. We didn’t just invest in Magic Leap One. We invested in our capability to be great at spatial computing. It’s the only thing we do as a company. 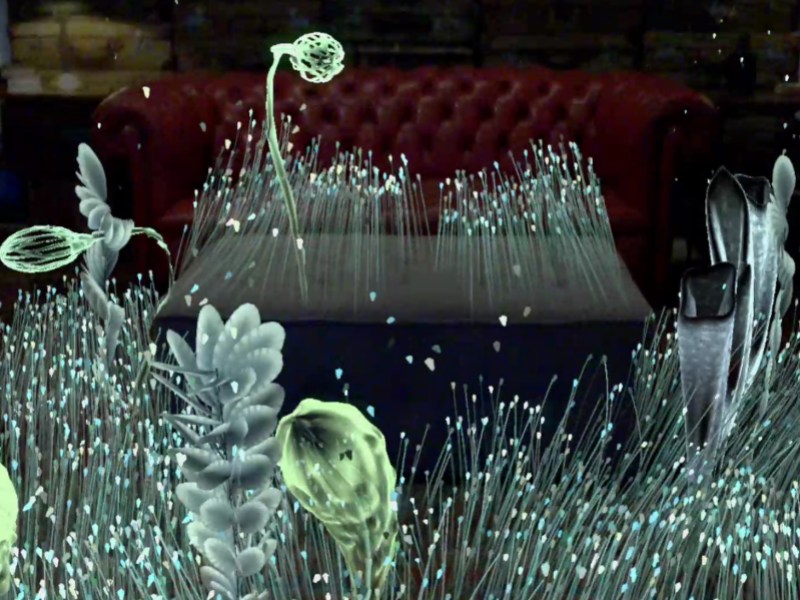 VentureBeat: Some people have pointed out that there’s a limited field of view in the 4:3 aspect ratio. Do you think you have enough here in the first one to wow people, to give them something that they’ve never seen before?

Abovitz: I really want you to put on a system, because obviously I’m super biased. It’s funny. People are so used to their notebook computer screen. You pay more than a Magic Leap One for a 15-inch screen. You pay tons of money for a phone with a 6-inch screen. We could fit hundreds of phones into our volume. We could fit lots of televisions and full-size dinosaurs and full-size cars. It’s an entire mental phase shift. What they end up comparing it to — your brain and eye get the entire real world at natural eye resolution. When you start chasing that, you enter a completely different paradigm.

If you spend enough hours in a Magic Leap system, it’s almost impossible to go back to your phone or computer or television. You realize that they’re very thin slices. Magic Leap gives you a giant volume of computing. When you actually get to play with it, spatial computing means you work within a volume, not just a slice. That’s the mental shift. The phone gives you a tiny cardboard slice. Magic Leap gives you something from about six inches all the way out to infinity. It’s an expanding volume that you can fill with tons of things.

The other thing I would point out is the human center of focus, where your attention is naturally drawn. When something is on your peripheral vision to the left or right, your head starts to automatically pursue. That head pursuit — by having a lightweight system on your head and moving the weight to the Lightpack in your pocket, you can head pursue without thinking about it. There’s not a lot of inertia. When you get lost in something, you can begin to feel that it’s all around you.

Obviously, with each generation we’re going to increase that volume. We’re going to make it smaller, lighter, and more powerful. Our goal is we’re chasing natural reality and neurologically perfect interaction between our signal and the brain. That’s a pursuit that we’ll be chasing for years. But it’s almost like — when I first got the Mac when I was a kid, I didn’t think, “Well, I need to wait for my Macbook Pro 20 years from now.” I got on the ride and it was amazing all the way through. That’s how we think about Magic Leap One. It’s our very first step. It’s not the end.