Rony Abovitz, CEO of Magic Leap, talks about the Magicverse like it’s a real thing. That’s because it is part of the visionary manifesto, of which the Magic Leap One augmented reality glasses are only a part.

In an exclusive interview with GamesBeat, Abovitz said his company is working with partners to build the Magicverse, which is his vision for a positive version of The Matrix, the Metaverse, the Oasis, and many other science fiction utopias and dystopias that depict the future of cyberspace. Abovitz said his company’s partnerships with AT&T, the University of Miami, and another partner being announced this week at the Mobile World Congress event in Barcelona represent a multi-company, years-long, cross-platform effort to build places in the physical and digital worlds that take advantage of Magic Leap’s spatial computing technology. Magic Leap‘s partners, Abovitz said, will make the Magicverse into a reality.

Abovitz first talked about this Magicverse in October on a panel with John Gaeta and Neal Stephenson, two stalwarts of science fiction worlds. He said that the inspiration comes from Walt Disney’s Experimental Prototype Community of Tomorrow, which was realized as EPCOT Center in Florida. Walt Disney’s vision of the future of civilization was unfinished, as he died before he could implement it. But Abovitz liked his idea of “a real city that would never cease to be the blueprint of the future,” and it is why his company has been able to raise $2.4 billion in funding. 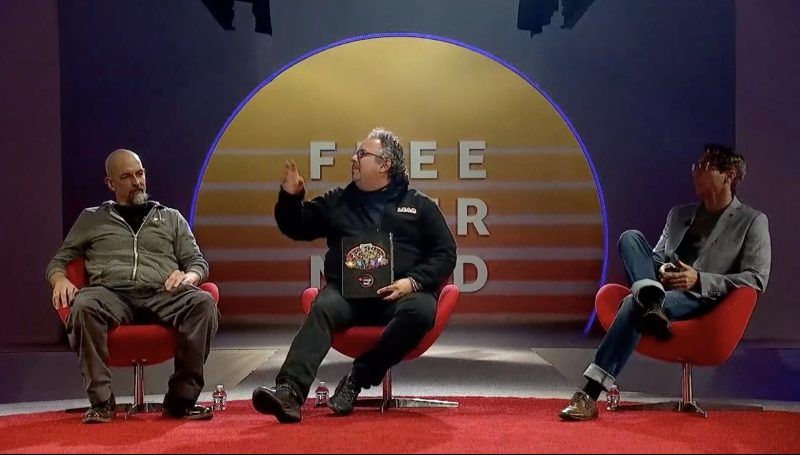 Built on 5G with partners

The Magicverse will be an “emergent system of systems” bridging the physical with the digital, in a large scale, persistent manner within a community of people. The image attached to this story shows the many layers it will take to build this system of systems. It’s like an augmented reality cloud, built on 5G wireless data, that could take a decade for many companies to build together.

“We are leveraging what is being built, but by partnering deeply with others,” Abovitz said.

Abovitz wrote in a blog post that “the Magicverse is dynamic, alive, and a home for the endless creative expressions of human life. It can also become a fabric that binds a community together through shared public services. Spatial computing creates the power of place, of physicality with digital together. The Magicverse of a specific place (ex: a city) also defines a communal value for the digital resources of that place and community, in the same way that a physical place may important natural resources and geography.”

Julio Frenk, president of the University of Miami, has said that the “spatial computing (where you can place digital objects in a physical space) can amplify the reach, presence, and economic strength of a physical place well beyond its limited physical geography.” The university will be one of the first locations that enable Magic Leap devices to be used in a physical space with seamless connectivity.

But Abovitz said Magic Leap alone can’t build this Magicverse, as it will rest on infrastructure that will cost hundreds of billions of dollars. The good thing is that companies like AT&T are already building this infrastructure in the form of high-speed wireless networks dubbed 5G networks. This infrastructure will start in spots, and then grow as cities are connected. The buildout for the Magicverse would happen the same way. 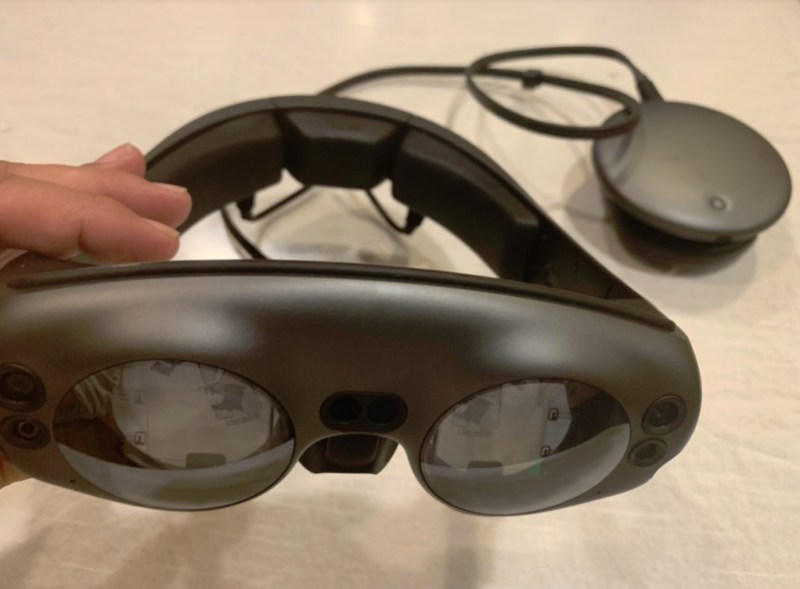 Above: The Magic Leap One Creator Edition.

I have to admit. When I first heard Abovitz talk about the Magicverse and other “verses” with novelist Stephenson and special effects wizard Gaeta, I didn’t know what the heck it had to do with selling $2,300 augmented reality headsets. But Abovitz is trying to say that the Magicverse is the big creation, and the devices are merely the things that connect to it. In the long term — however long it takes to build the Magicverse — the value will be in the ability to connect everybody via “massive, multiperson two-way communication.”

And Abovitz said it is important to lay an ethical foundation for this future now. It will include Presence, Persistence, Scale, Awareness, Interactivity, Respect, and Sentience. By respect, Abovitz means it will promote freedom and protect privacy at the same time, so that we won’t have to worry about the system of systems and its ability to collect data on us and use it against us. The Magicverse is built on Abovitz’s belief that technology — as envisioned in science fiction that shows the rise of artificial intelligence robots — will not become our master in the future.

“All of these qualities, synthesized together, will be blended into the everyday experience of Magicverse participants. We have also proposed that Magicverse will be an open platform that
is device agnostic, XR compliant, and IoT interoperable,” Abovitz wrote. “This means that billions of devices will become windows into the spatial digital world, including the devices Magic Leap makes today and the ones we are developing for the future.”

By contrast, Microsoft employees have been protesting that the company’s HoloLens mixed reality headset could be used by the military to help kill people. (Others pointed out that Magic Leap bid on this contract as well).

He added, “Within the Magicverse, vehicles, devices, IOT, sensing, and spatial computing will combine to form ever-changing and growing capabilities and experiences for the inhabitants of a
Magicverse – including those who may only appear as a digitally co-present. Magicverse scales from room level, to building, city, country and world scale. Data, information and experiences  within these environments are unlocked from screens and servers to persist at scale in contextually relevant physical environments. It supports individuals and enterprises across an exhaustive set of applications and use cases that naturally deserve to exist spatially in harmony with our physical environments.”

Abovitz wants the Magicverse to respect fundamental human rights to freedom, privacy, health, diversity, inclusion, and joy. The company is working on both policies and new architectures to define how such massive and critical data can and should be protected. He said that legacy business models that collect data on users for the purpose of monetization are not built on the notion of respect for the citizens of the Magicverse.

“There are many competing visions. Some functional, some dystopian,” Abovitz said. “We want ours to be more positive, decentralized, and a place where people possess their digital information. We have to architect it so it can’t be misused.”

Magic Leap will begin sharing elements of its architecture – which needs to embed safeguards by design to prevent abuse and misuse — and to provide users and participants with fundamental control and transparency over their digital life.

Over time, Abovitz believes the Magicverse can provide massive economic amplifiers to communities around the world, erode space and time boundaries, and enable communication and work to occur in completely new ways, at fractions of the cost of current physical systems. It will also be a massive canvas for creative people, from filmmakers to video game developers, who can use it to build persistent story worlds.

The Magicverse is Magic Leap’s specific and ethically bounded version of a wider set of digital world ideas, that the company calls Xverses, which can be parallel efforts built by others.

Abovitz said that more partners will surface in 2019 and in subsequent years, as different companies band together to create the tools, hardware, software, architectures, portals, policies, concepts, and vision.

Abovitz said that other people dream about colonizing Mars. But while that’s a noble pursuit, Magic Leap believes that building the Magicverse on Earth and using it to solve our many problems will be just as important for the human race.