Magic: The Gathering announced several changes to its esports and pro tabletop slate today. These include new additions to its pro leagues and tweaks in its existing structure, all with the goal of expanding competitive play and getting more people involved.

For 2020, Wizards of the Coast says that Magic: The Gathering — Arena (the digital version of Magic) will feature in its top broadcasts and events. But these announcements aren’t just about digital Magic. Wizards of the Coast is also adding the Players Tour for its competitive tabletop slate. This is a regional tournament system that should expand global play and chances to qualify for 2020’s three Mythic Invitationals.

The Magic Pro League is coming back as well, and Wizards is adding a Rivals League. Think of this as the minors, a place for newer players to develop and earn a shot to make the Pro League. Folks in Rivals can make it into the MPL by either doing well over the season or surviving a new tournament: The Gauntlet.

This all wraps up with the Magic World Championship, which brings together the top players from all platforms and leagues.

If this feels a bit confusing, don’t be surprised — I had a hard time following it as well. So I asked Wizards of the Coast’s Elaine Chase, the VP of esports, about how this differs from last year’s format.

“Magic is growing in both tabletop and in MTG Arena, and we need a competitive structure that can grow with it. Both the tabletop Players Tour and the MTG Arena Mythic Invitationals will offer twice as many qualification slots to players around the world, vastly increasing play opportunities no matter which platform you prefer,” Chase said over email. “For example, the nine regional Players Tour events will offer approximately 3,600 invites—double the approximately 1,800 invites of the old Pro Tour/Mythic Championship system.”

She breaks down how it’s going to work. “Each MTG: Arena Mythic Invitational will be fed by two Mythic Qualifier tournaments with the top 1,200 ranked players in monthly MTG Arena play in Constructed or Limited at the end of each qualifying month eligible to compete. MTG Arena players will get a new way to increase their Mythic Points with Mythic Point Challenge tournaments. These are new events on MTG Arena that allow those who want to compete at the highest levels to increase their Mythic Point count to rank up to Rivals, and get their shot at the MPL. We’re adding Mythic Point Challenge tournaments to Mythic Qualifier Tournaments, which our players have already seen in 2019.” 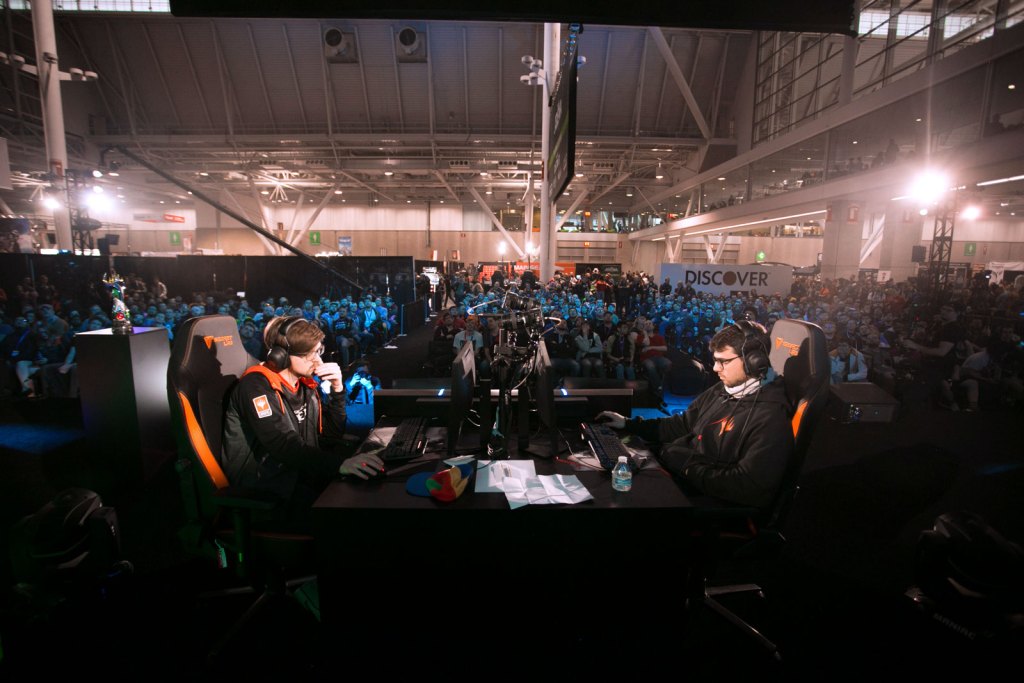 Above: That’s a lot of people watching the Mythic Invitational Finals earlier this year.

The Players Tour is all about paper Magic. It consists of three regions: the Americas, Europe, and Asia-Pacific. Chase said that “a year-long season of the Players Tour will have three Players Tour events per region, making a total of nine Players Tours per season.”

This runs parallel to the digital side of Magic, which features three Mythic Invitationals from Arena (each with a $750,000 purse).

No Brawl for you

Brawl is coming to MTG Arena. It’s a format in which you brew a deck with just one copy of a card, plus a Commander (their color identity dictates how you build the deck). I dig Singleton, so I wondered if there would be any chance we’d some sort of pro play for this (since it’s coming to Arena, which is Magic’s showcase product these days).

“We’re always looking to innovate on formats that will make the best competitive and broadcast experience. That said, we don’t have any current plans to use Brawl in our competitive esports program,” Chase said.

Still, you’ve got plenty of other ways to get involved with Magic esports and pro play in 2020.