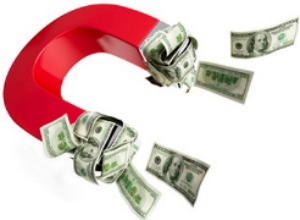 Social enterprise network startup Magnet Systems announced today that it has pulled in $12.6 million in a first round of institutional funding. The round was led by well-know tech venture capital outfit Andreessen Horowitz.

The company said it will use the money to “fight for the best people possible” to help it develop a platform for creating business applications with attributes like those of social networks like Facebook.

Palo Alto, Calf.-based Magnet was founded by Alfred Chuang in 2008 and currently has 17 employees. The company said it aims to make the public cloud less of a conundrum for companies worried about the security of how their information is stored.

Chuang, a former Sun Microsystems engineer who was also the CEO and “A” in former software startup BEA Systems before it was snapped up by Oracle in 2008 for $8.5 billion, says Magnet’s key technology is a platform dubbed the Workplace Interaction Network (WIN).

WIN is designed to help companies become social from the start, by automatically linking up existing social networking connections their employees have within the company, as well as with their customers, clients and partners.

Chuang wrote in a blog post that the social aspect of enterprise is a key factor that can no longer be ignored by managers or large corporations:

“Now … about enterprise social computing … it’s almost impossible to believe, but after hundreds of millions of people worldwide have embraced social applications in nearly every aspect of their personal lives, businesses are still resisting social applications.  In fact, many enterprises have not made any significant investment in social applications despite obvious use cases for customer service, HR, marketing, product development, recruiting, sales, training and much more.

While the power of social networking to facilitate information sharing, knowledge transfer, team building and wealth creation is on display all around us, there has been almost no innovation in enterprise social computing.  This defies all logic and common sense when we see the tremendous success of consumer platforms such as Facebook, Twitter, Yelp and YouTube.

Whether companies like it or not, their people are working and communicating through blogs, online communities, personal relationships, pictures, referrals, videos, websites and countless other vehicles.  Unfortunately, traditional enterprise applications aren’t designed to capture, organize and prioritize the knowledge and connections that reside in these unstructured assets.”

As such, Magnet has been operating “Sales WIN,” which Chuang has called Magnet’s attempt to “educate ourselves and learn stuff fast…to make our platform do what it does quicker,” in beta since October and has several unnamed customers, he told the Wall Street Journal today. Chuang added that he is still “figuring out” how to charge customers, because “operating in the cloud changes how software is capitalized and how revenue is recognized.”

WIN , which has yet to debut,  will eventually be rolled out in configuration that costs businesses a yet-to-be-determined amount but will be free to developers, with sections of it available as open source code.

For their part, Andreessen Horowitz said it was delighted to be involved, with founder Ben Horowitz blogging:

“The transition from today’s Web back-end architectures to tomorrow’s cloud computing will result in profound benefits. Over time, every existing application will be rewritten to take advantage of the cloud and these benefits. In addition, an incredible new class of never-before-possible applications will be developed.”

Warburg Pincus Managing Director Bill Janeway is also putting more money into this Series A round, as is Chuang himself.