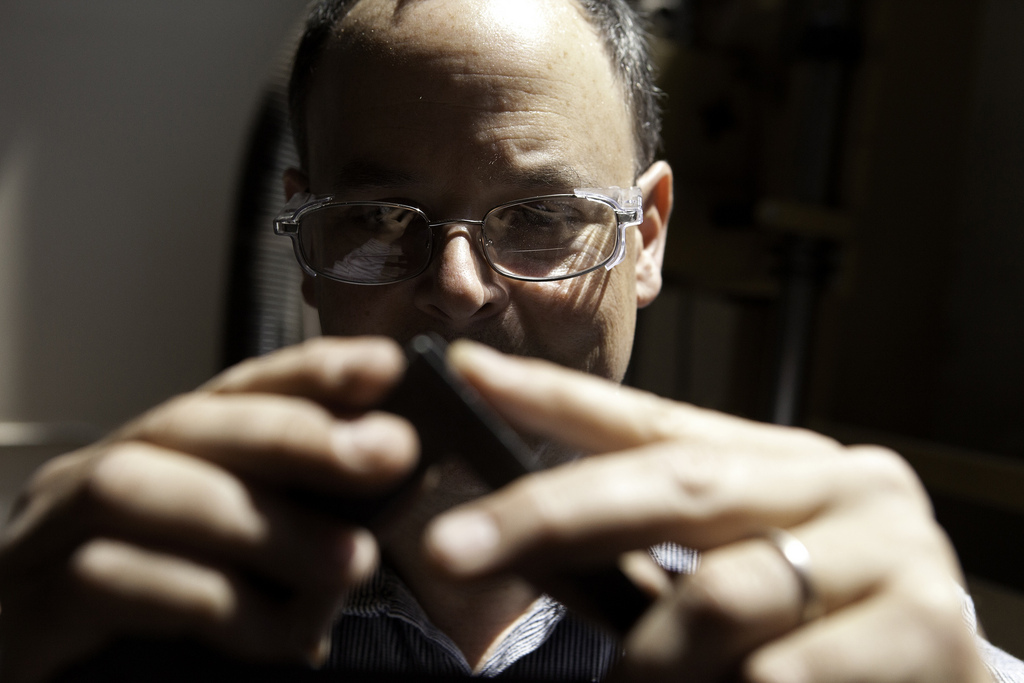 “I’ve always done a certain amount of work with my hands, but my whole career was in software.”

Rich Pekelney (pictured above) is standing in front of one of many mammoth machines in San Francisco’s TechShop, a DIY paradise full of industrial equipment for makers of all kinds.

The space is intimidating at first glance. Loud mechanisms tower and sprawl around the workshop’s several stories; people in welding masks and heavy protective gloves quietly bustle from one corner to another.

But after a few minutes in the shop, its aura of mystery quickly disappears. After all, people come here to learn, to weld, to screen print, to indulge their hobbies and acquire new skills. It’s a bit like a gym: Anyone can join as long as they want to do the work.

At TechShop’s San Francisco location, a $125 monthly membership fee gets you access to more than $1 million dollars of industrial-grade machinery, industry-standard design software for 2D and 3D projects, unlimited workshop hours, and coaching from experts in given techniques and materials. You can purchase additional classes for equipment or skills, and the pricing isn’t prohibitive. For example, you can get trained on working with sheet metal for $75 in a two-hour class.

Pekelney came here at first because, like so many other TechShop members, he needed to make something that couldn’t be bought. In this particular case, it was a perfect replica of a trashcan for use on a restored World War II submarine, the USS Pampanito.

“Twenty years ago, when I started working on [restoring] the ship, there were so many really talented guys who could make you anything you needed,” he said.

So Pekelney became part of the maker renaissance, a growing movement of women, men, and kids who want to make cool stuff. They come to places like TechShop for access to state-of-the-art equipment you’d be hard-pressed to find outside of a heavy industrial facility (as Pekelney tells me, “I would not be using a $15,000 machine if it weren’t for TechShop”); but they stay for the classes and the community.

And many of them end up doing more than learning a new skill; more and more, part-time tinkerers are turning their TechShop experiences into full-time, self-owned businesses.

“Oops, I started a business” 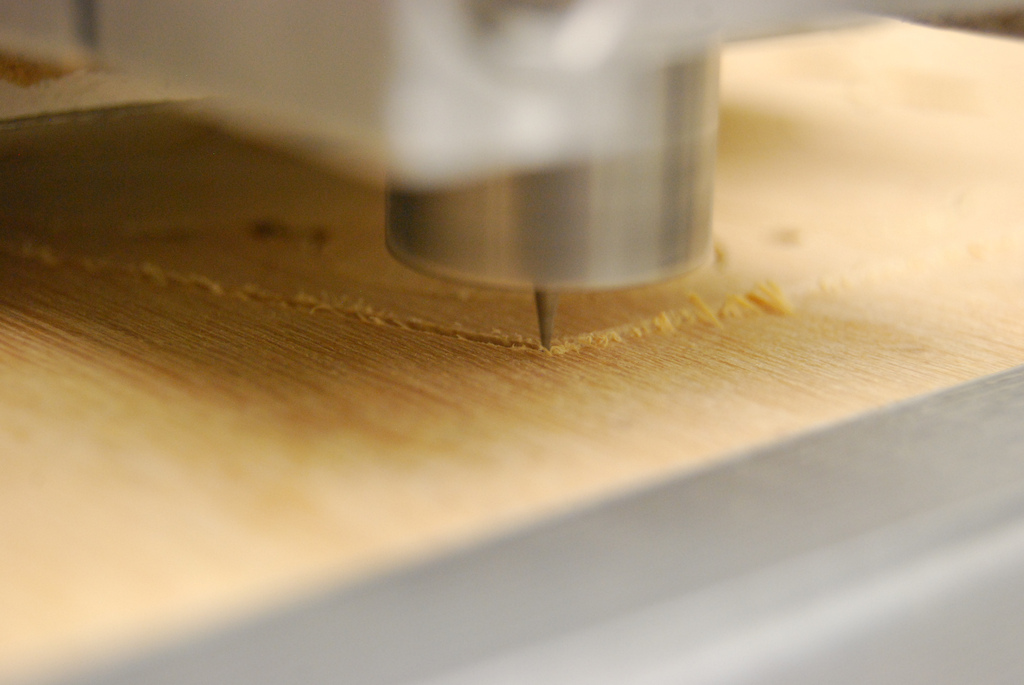 Today’s maker movement includes a huge range of arts, crafts, and fabrication, and at least as many fascinating types of humans. You’ve got the steampunk/Burning Man crowd who build robotic art cars to drive around the desert. You’ve got radical lesbian feminist knitters and quilters who are reclaiming the “feminine” arts. You’ve got kids young and old turning a deep Lego obsession into huge, intricate projects for display, and you’ve got even younger kids tinkering with mass-produced starter kits to nurture an early obsession with electronics. And you’ve got would-be entrepreneurs just trying to crank out a prototype for a product that might disrupt the market.

Accidental entrepreneurship, I learn during an extended TechShop tour, is a not uncommon outcome for folks who walk through its doors seeking to simply finish a one-off project. The lady behind Better Off Wed, an Etsy store of statement cake-toppers, first came to TechShop to do a single piece and ended making a business out of it. Another founder was doodling around with the shop’s laser cutter and ended up turning that into Yes & Yes Designs, a jewelry store.

There are dozens of stories like this from TechShop’s San Francisco store. The Bosavi headlamp came from a guy who walked into TechShop in September 2011 with no maker experience whatsoever. Now, he’s an inventor, entrepreneur, and TechShop instructor. A former ad copywriter sitting in the shop’s airy upper floor tells me that social media killed the advertising business; now, he makes and sells jewelry instead.

In fact, as maker advocate and Autodesk employee Jesse Harrington Au tells me during our tour, around 60 percent of TechShop members end up looking at starting their own businesses. Accidental entrepreneurship, he says, “happens more than I would have thought,” in no small part due to the fact that all kinds of makers, from sewers and designers and papercrafters to welders and carpenters and painters, under a single roof. The cross-pollination effects are huge. 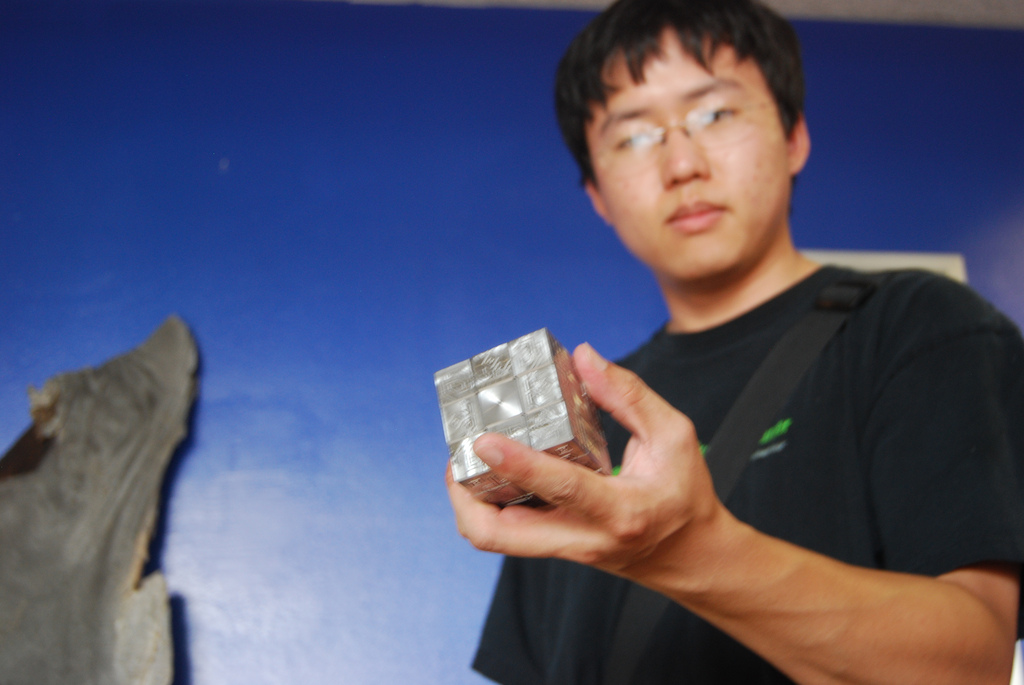 Dan Woods is a TechShop exec and was also part of another important cornerstone of the maker renaissance.

“When we co-founded Make, we thought we’d have maybe 10,000 people, old farts like us, from the ’60s,” he tells me as we meander through the shop’s panoply of machinery. “But there’s all these upstarts from Brooklyn with metal in their faces — and they get it.

“For some reason, it has become very trendy to express yourself physically,” says Woods, “and it is showing off.”

Woods has an aeronautics degree and used to work for Lockheed. I ask him point-blank what his job was. “I was helping pilots drop off — things — very accurately. … It was very cerebral.”

After that, Woods started working on Make with O’Reilly co-founder Dale Dougherty. At first a simple quarterly magazine, Make was first published in January 2005 as a way to explore and encourage DIY and DIWO (do it with others) culture. Dougherty originally envisioned the publication as “Martha Stewart for geeks.”

Maker Faire was born out of Make magazine. First held in San Mateo, Calif., it was billed as the world’s largest show-and-tell and included more than 100 exhibitors, DIY workshops for learning new skills, and competitions. Nowadays, the Faire has exploded into a chain of events around the world, drawing in makers and spectators by the tens of thousands.

At the very first Maker Faire, robotics instructor and MythBusters science advisor Jim Newton showed up at the San Mateo fairground in a huge Army truck looking for a place to park it. Realizing that Maker Faire was leaving enthusiasts with a warm glow but no outlet for future DIWO/DIY action, Newton decided that people needed a slice of Maker Faire all year ’round. He opened the doors of the first TechShop in late 2006, hoping that Maker Faire would be not just a show-and-tell but a gateway experience that would democratize making and hacking.

The birth of the hackerspace 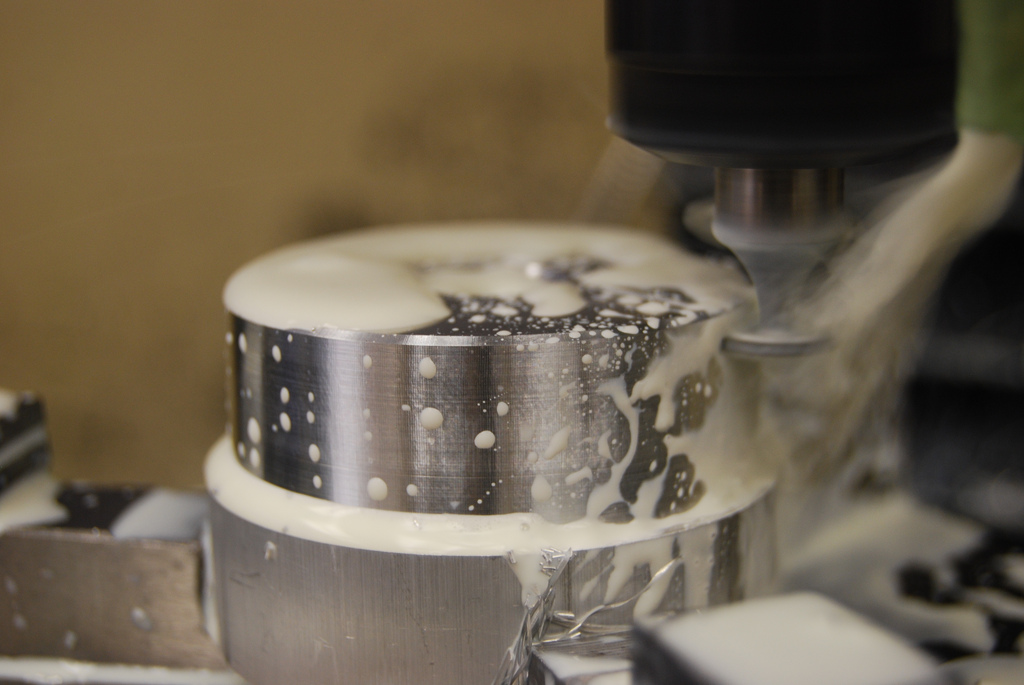 Hacker spaces were a relatively new — or at least relatively unheard-of — idea in 2006. One of the first such spaces, c-base was founded in Berlin in 1995. Its primary focus was on hacking computer hardware and software, and it developed a large following and mythology around itself.

But the hackerspace revolution didn’t really take off until Metalab popped up in Vienna in 2006. The revolution in this case wasn’t the idea that hackers should hang out and hack together; rather, the revolution was around the mechanism that would make the whole enterprise work: money. As an open space for technical creatives, Metalab was funded from membership dues; the funds allowed the collective to rent a physical space, purchase materials, and hold events. This model proved to be an important catalyst for what followed.

Starting around 2006, the concept of hackerspaces experienced a small, underground explosion. In 2007, Bre Pettis and a handful of East Coast hackers started NYC Resistor, also with a membership-based model. Noisebridge, another leader in the scene, opened its doors in San Francisco in 2008.

Noisebridge was co-founded by Tor Project and Wikileaks hacker Jacob Appelbaum and hardware hacking legend Mitch Altman. “He’s a kind of Johnny Appleseed for hackerspaces,” says Woods. “But hackerspaces are for … people who are already comfortable with technology.”

While the hackerspace forefathers succeeded in bringing knowledge to noobs, first-time visitors to hackerspaces — non-nerdy consumers — can end up feeling more intimidated than welcomed.

Plus, these spaces tend to focus on the thrilling anarchy of hacking computer systems, whether bundles of circuits and storage or collections of data. There isn’t as much opportunity for, say, the guy who wants to weld a new consumer snowplow prototype or the lady who wants to screen-print a band T-shirt design.

A cleaned-up, commercial hackerspace for everyone else 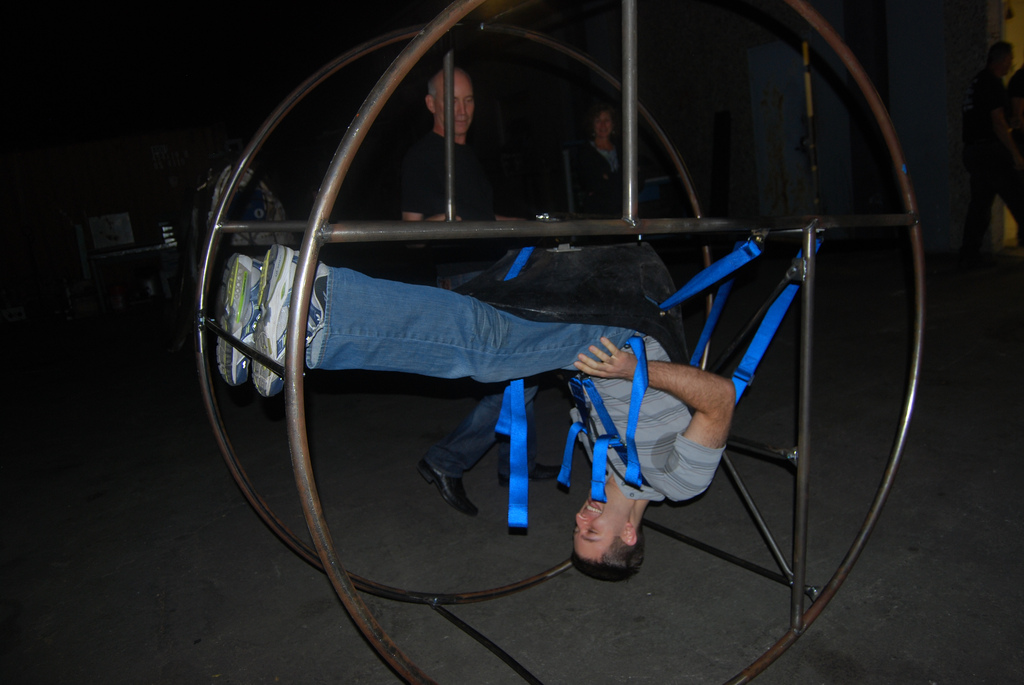 As these Matrix-reminiscent spaces and groups popped up around the globe in the mid-2000s, the idea began to catch on with the less technically advanced, as well.

“You go to a job, sit at a computer, maybe you design things, but you never get to see it through,” said Harrington Au, pretty much summing up the mid-career ennui anyone over the age of 25 has experienced. Without the ability to see your work in its immediate, physically complete form, you can end up feeling less connected to it, less aware of its impact on others.

“There’s very little opportunity for those little successes,” he says.

And the little successes one experiences at TechShop might be nifty toys, one-off playthings made for one’s own amusement. But more often than not, the TechShop staff say the projects are immediately useful; they have a purpose in the real world and often fulfill a legitimate need in the marketplace.

That’s the kind of accidental entrepreneurship TechShop fosters. If these kinds of stories are any indicator of the organization’s future direction, it’s shaping up to be a casual incubator for the next generation of hardware and consumer goods companies.

Woods tells a great story about a Stanford undergrad student who was at TechShop working on a problem with polymers. The student expressed some frustration aloud about the particular problem; as fate would have it, a professor with 30 years of experience in polymers overheard him and offered help. The project is the Embrace Infant Warmer, a small, reusable sleeping bag for babies that keeps at-risk infants warm during medical emergencies. The project is funded by GE and was recognized at the annual Silicon Valley Tech Awards.

As we finish our tour in the textiles section of TechShop’s enormous warehouse, Woods waves his arm around the room, his gesture taking in the wildly diverse group of tinkerers intently bent over their projects.

“The most valuable thing is this,” he says. “It’s the members — their encouragement, their knowledge, their experience. … And they are dying to share what they know.”