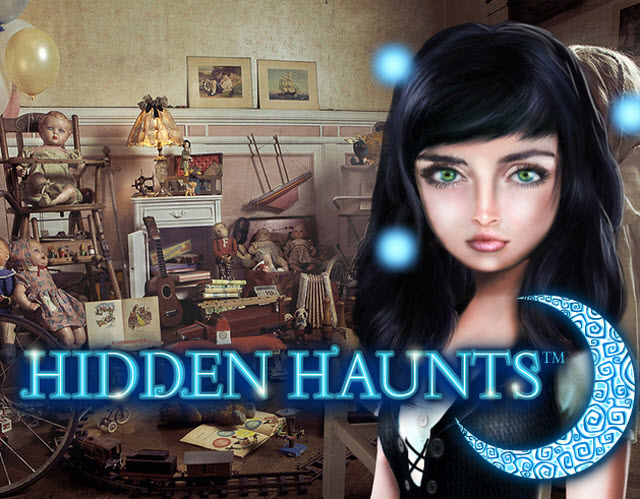 Making Fun, the social game division of Rupert Murdoch’s News Corp., has launched a hidden object game called Hidden Haunts that will set itself apart via photorealistic scenery. The game is part of the company’s strategy to become a major player on Facebook by publishing games developed by both inside and outside game developers.

Hidden Haunts is a major effort by John Welch, chief executive of San Francisco-based Making Fun, to enter the fray of a popular female-oriented genre on Facebook and steal some market share from rivals. Hidden object games, where you scrutinize a scene to find objects hidden within it, are popular and plentiful on casual game web sites, but they’re relatively new on Facebook. Game Insight pioneered the genre on Facebook by developing Mystery Manor, which was published by 6waves Lolapps in the spring of 2011. Then Disney-Playdom’s Gardens of Time debuted. And last week, Zynga officially released Hidden Chronicles. Welch believes this handful of games is just the beginning of a lucrative market. 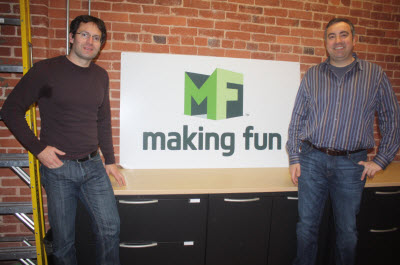 “These games have been successful and confirmed our thesis,” Welch (pictured, right) said in an exclusive interview. “We knew we had to get to market quickly or else there would be 20 of these games out there.”

But the company took its time and hopes it can set itself apart with photorealistic scenes. While most of the other games in the genre use hand-drawn art for scenes, Making Fun’s developer created live sets with actual physical objects arranged in painstaking order. The game was designed in house and developed with a small team in Uruguay. The developers took pictures of the scenes and integrated them into the game and the hand-drawn art of characters, as you can see in the top image.

“We shot the photographs on location and added about a third of the objects in post production,” Welch said. “In one scene with a kitchen, there was a real turkey. After taking the photo, the team ate the turkey. We get a better sense of realism that balances lighting and place. It looks more natural. It’s a very complicated process, but one that results in higher quality. It’s like watching sports in high definition. Once you see this, you can’t go back.” 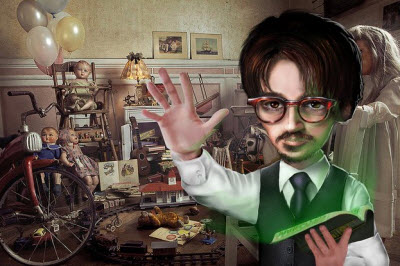 While other rivals try to copy successful titles, Making Fun aims to compete with higher quality. It’s all about enabling News Corp., an old style media giant, to make the leap to the nouveau riche medium of Facebook games. But it is doing so in a measured way, with just 20 employees. It is an entrepreneurial approach to making social games within a much larger entity.

“We’re in the early days of social gaming still, but it is an uphill battle,” Welch said. “We are trying to establish a beachhead.”

“We’re trying to get there not by targeting where the competition has been,” Welch said. “We’re trying to skate to where the puck is going,” to paraphrase hockey great Wayne Gretzky. “And not everyone watches the same TV show. Why should everyone play the same hidden-object game?”

Welch thinks Hidden Haunts can stand on its own, without a heavy marketing push at the outset. Hidden Haunts focuses on a strong narrative, lush full-screen environments, and a wide variety of puzzles. Future updates will reveal more of the story and further develop the in-game characters. The game has a dark supernatural tone and a realistic feel. Each “case” of the story has around six scenes in it. Welch figures the company has a month’s worth of content already, and the developers are working on more.

It will be interesting to see if Making Fun can come anywhere near its larger rivals. Zynga’s Hidden Chronicles has more than 28 million monthly active users, while Gardens of Time has 7.3 million and Mystery Manor has 1.7 million. So far, Making Fun’s games have been modest successes. Its other titles include Santa’s Village (which had 1.5 million downloads on the iOS — iPhone, iPod Touch and iPad — and Android; Clash: Rise of Heroes on Facebook; and Noah’s Ark on Facebook. Hidden Haunts has episodic content and is free-to-pay, where users can play for free and pay real money for virtual goods.

The bigger companies have the advantage of a big base of users on Facebook already. Those companies can cross-promote their new games to their existing users. They can also garner bigger marketing budgets to throw at a title in order to get it to take off. But Making Fun is tapping a number of external developers to try to get more creative titles to launch into the social and mobile markets. 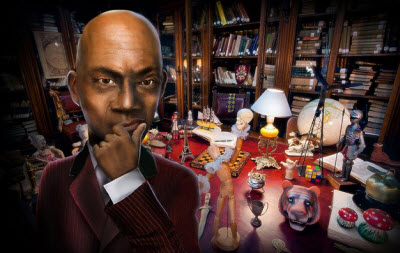 In contrast to Zynga and Disney, Making Fun isn’t throwing a gigantic amount of money at this market. Rather, it’s experimenting with different original titles using experienced developers. Welch and Lee Crawford (pictured left) started Making Fun in March 2009, about the time both left their former companies. They had worked together before at Shockwave.com and Sega. They self-financed the company and started doing work for hire for various brands: For example, they made a game for amusement-park operator Six Flags on Facebook.

At his previous game company, PlayFirst, Welch built a reputation for pioneering the casual game market — quick, easily playable, often Web-based titles such as Diner Dash, which sold more than 500 million copies in its various forms over the years. PlayFirst was founded in 2003 and was one of the first modern game companies to attract venture-capital funding. But this time, they decided to sell early to tap the larger financial power of News Corp.

The first title Making Fun created cost just $150,000 to get out. Now most new titles cost considerably more. Making Fun is working with more than a half-dozen external teams. It uses Amazon EC2 as the infrastructure for games under development and then moves the games to its own servers after launch.

Many of the new games are aimed at learning about the social game market. Welch said a bunch more games are in the works, including a tower defense game, a collectible card game, and sports games. In each case, the developers are trying to create next-generation, higher quality games. One of the titles is a 3D basketball game where you can both manage a team and also play basketball in 3D arcade-like action. Some of the games, including the sports titles, will benefit from brands of sister companies such as Fox Sports at some point, Welch said. Areas such as sports are “wide open” on Facebook, he said.