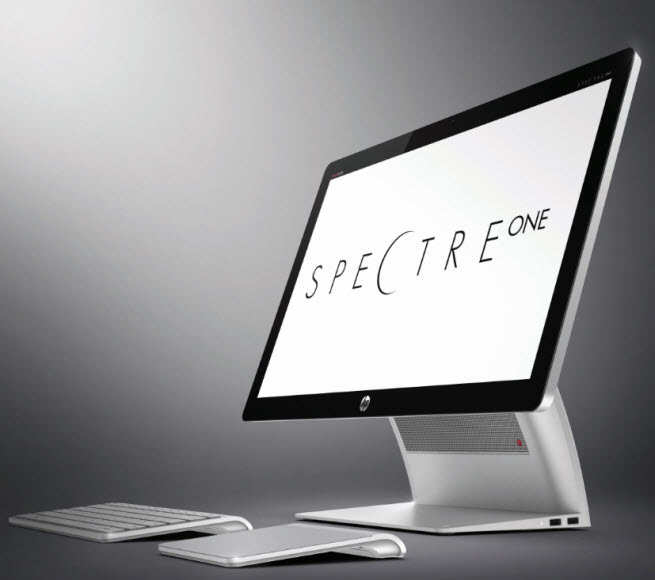 Hewlett-Packard is unveiling its all-in-one touchscreen desktop models today. The mainstream consumer machines will run Microsoft’s Windows 8 when they hit the market in late October. The designs for the new machines are aimed at making the function-oriented all-in-ones, which are used in kitchens or family rooms where space is tight, into sexy objects of desire. The computers are curvy, thin, and bear names that are meant to inspire lust in consumers. 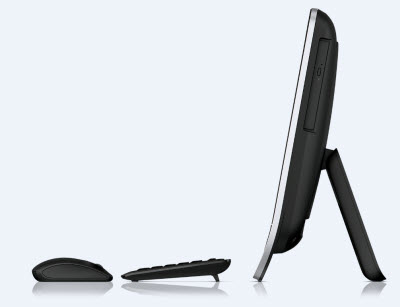 The HP SpectreONE (pictured above) is a high-end machine starting at $1,299 and its brand name is part of what HP’s calls its premium brand. It remains to be seen whether consumers will think of HP’s computers as cool and sexy, a description usually reserved for Apple’s products. The HP SpectreONE has a 23.6-inch HD display, with the glass flush to the edge of the screen. It is 11.5 millimeters thick, making it the thinnest all-in-one that HP makes. It has a wireless trackpad but no touchscreen. (The trackpad allows users to get a touch-like experience).

“The clean look of an all-in-one PC and the ease of one-cord set-up are key reasons customers turn to HP,” said James Mouton, senior vice president and general manager, Personal Computer Global Business Unit, HP. “The SpectreONE design is art as well as a powerful entertainment hub. Across our rich line of all-in-ones, we continue to drive value and differentiation that have earned us sales of more than 5 million all-in-ones.” 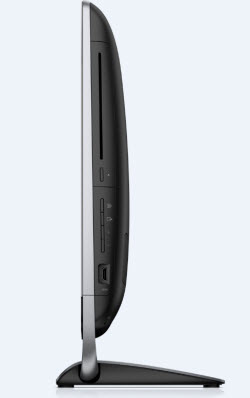 The HP SpectreONE has the latest Intel processor, an Nvidia 1-gigabyte graphics card, and optional ExpressCache and option solid state drive storage. One of the cool features is its ability to recognize near field communications (NFC) wireless technology. In a demo, HP representatives showed how you can log into the computer simply by putting an NFC tag on top of the NFC reader on the computer. It recognizes your credentials and logs you into the machine with all of your preferences set. HP calls this its TouchZone NFC technology, and it also works with NFC-equipped smartphones. You can instantly sync a smartphone’s content with the desktop just by tapping the phone on the computer’s reader. 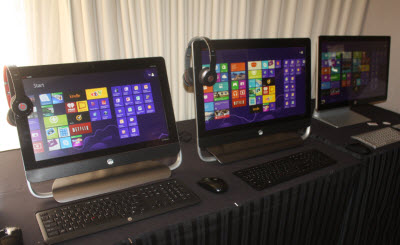 The new computers will take advantage of Microsoft’s Windows 8 operating system, a touchscreen-friendly product coming Oct. 26. They have a single cord coming out of the back, getting rid of some of the tangled designs of older desktops.

Both the HP Envy 23 (pictured left) and HP Envy 20 (pictured below) all-in-ones can detect 10 fingers at once. Both bear the name that HP took from Voodoo PC after it acquired the maker of gaming PCs. The Envy name is aimed at gadget freaks who want the latest in cool technology. The HP Envy 20 has a 20-inch diagonal high-definition display, while the HP Envy 23 has a 23-inch display. They both come equipped with the latest Intel processors, ExpressCache, and solid-state drives for fast wake-up. The hard drives can store up to 3 terabytes of data. Both also offer Beats Audio for audiophiles.The HP Envy 20 will sell for $799 and the HP Envy 23 will sell for $999. The HP Envy 20 has an HP connected remote, which allows someone to use a smartphone or tablet as a remote control. Once you start the app, you can wirelessly control music, movies and photos.

Meanwhile, the HP Pavilion 20 (pictured above right)  is aimed at value-oriented customers with a low $449 price tag. HP previously unveiled a bunch of new touch-oriented laptops for Windows 8. 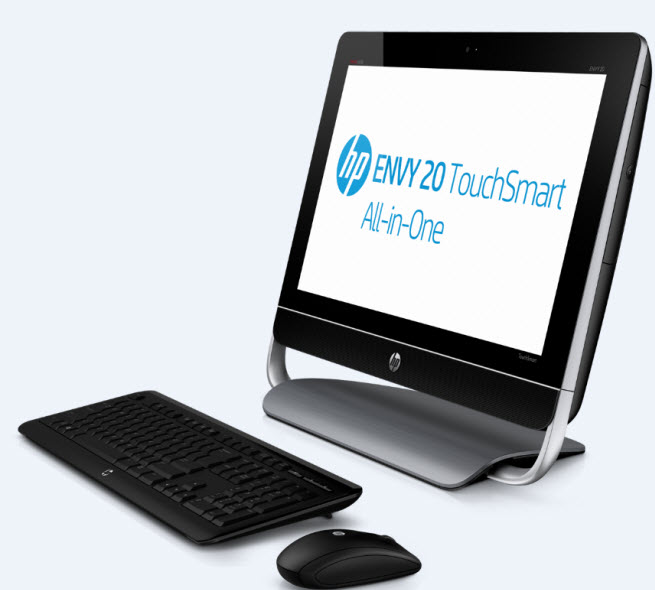