Manticore Games has unveiled a pilot version of the monetization process for its Core platform, a do-it-yourself game construction set that folks use to create their own games. The company said it will pay these DIY creators $3 per daily gamer during its testing period.

The Core platform is a free platform for game development and a community for player-creators. The company will make more than $1 million available during the pilot program for the monetization.

Manticore wants to disrupt creativity and game making in the same way that YouTube revolutionized video creation and Instagram forever changed photo sharing, said Manticore CEO Frederic Descamps in an interview with GamesBeat. He wants people to build businesses and make a living through the games they create on Core, which requires little or no coding. Manticore announced in September that it had raised $30 million in funding to build out Core.

The PC-based Core has been in alpha testing for four months, and Descamps said he has been “blown away” by the growth of the creator community and the kind of games they’re creating.

“We’ve seen a huge amount of people joining for experiments and experiencing different things and they’re creating really cool content,” Descamps said. “We have organized jams and creation contests, and we’re getting things like a dark and twisted Alice in Wonderland.”

With Core, anyone with a PC can make high fidelity games quickly and for free. If they want more sophisticated tools to make better games, they can pay for a subscription.

“Some of these beautiful worlds are being made by one person in just a few hours or a few days, and when we show that to people they say ‘wow,'” Descamps said. “Some of them don’t have backgrounds in gaming.”

The people who are emerging with the best content are surprises. Descamps noted that one woman had experience in architecture, and another was a graphic designer for Louis Vuitton in France. 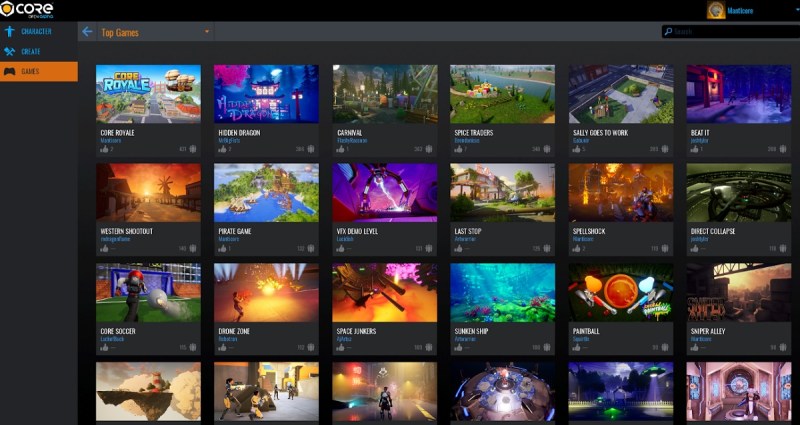 Above: Manticore Games is giving creators $3 per daily player.

Manticore designed the Creator Payouts Pilot Program to be simple. Each calendar month, creators in the program can receive $3 per average daily player. This will be calculated by taking the daily number of unique users who log into games and averaging them across that month.

This means that if a creator has 500 unique users log into their games every day (they do not need to be the same players) the creator could receive $1,500 after the end of the month. If the average is 1,000 users, the creator could receive $3,000. This system aligns the interests of both Manticore and the creators, Descamps said. Creators won’t have to spend their time creating a vast number of microtransactions. They can just focus on making the games fun to play.

“It’s really fair and simple for everybody to understand,” Descamps said.

The Creator Payouts Pilot Program starts today with 100 spots, of which the company has already invited nearly half. Descamps said this monetization step is the first toward giving creators a wide range of ways to make money, including player-to-creator memberships, direct donations, and a revenue sharing.

The company runs regular contests to surface the best games, and it highlights them on social media to stir interest. 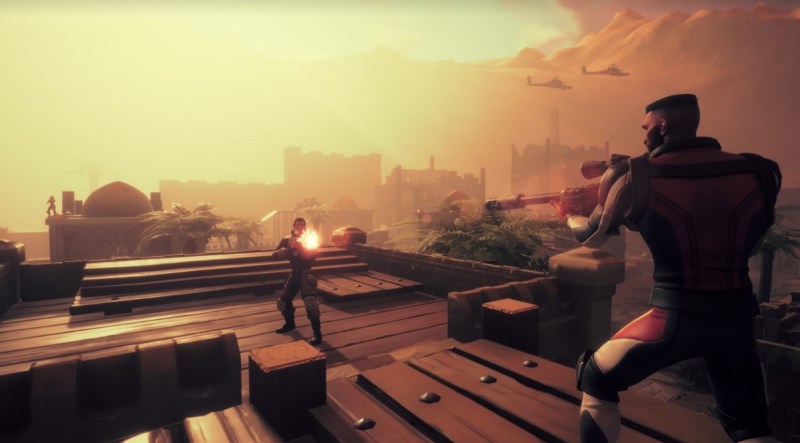 Above: Sniper Alley is one of the games created on Core.

Descamps said the company is making a small step toward the “multiverse,” or a collection of interconnected metaverses that he hopes will happen in the future. (We’re planning to do an online-only Metaverse conference on November 9 to November 10).

“It’s not like a top-down massively multiplayer online game,” Descamps said. “We think that in the multiverse, everybody is a creator, a participant, in a constantly changing world where people both work and play.”

Tens of thousands of people are trying Core to create their own games. Descamps said that some creators are already focused only on making Core-based games. Manticore has 80 employees, and its investors include Benchmark Capital, Correlation Ventures, Bitkraft Esports Ventures, M Ventures, Arrive (a subsidiary of Roc Nation), Sapphire Sport, Tuesday Capital, and SV Angel.