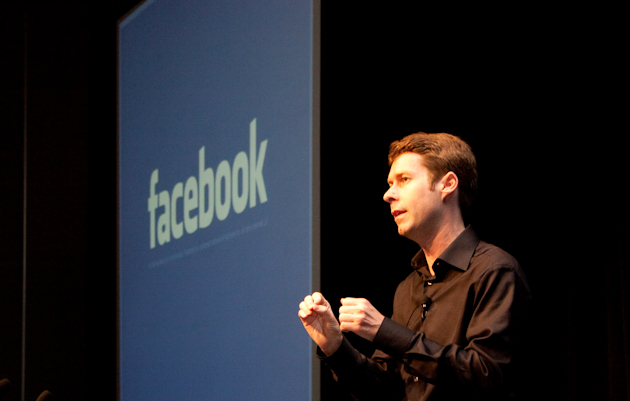 Gareth Davis, the platform manager in charge of Games at Facebook, delivered his keynote today at the Game Developers Conference in San Francisco. Davis focused his talk on the changes in social gaming and told the audience that, despite FarmVille, the killer social game is still “out there”.

“Early cinema evolved into a specific language for that media, bringing about cuts and edits and certain types of shots,” Davis said. “Every new media brings new content and every new platform brings a killer game. There are many examples: Sonic, Halo, Mario. I believe the iconic Facebook game lies still ahead of us. The ‘Mario of Facebook’ is out there. And, it will likely come from someone in this room. Pretty exciting.”

The number of players is also going up. FarmVille is at 83 million users right now, but Davis predicted there will be a number of companies whose games will exceed 100 million players or even “surpassing the number of people watching the SuperBowl.”

According to Davis, gamers are now willing to share their real identity online –after all, most people on Facebook use their actual name — and this will bring about a new feedback loop between the real world and the online experience. Aside from simple stuff like having bragging rights the next day at lunch after winning a game, Davis shared some ideas about how real-life things can influence the gaming experience.

“A game on Facebook can know many things about you,” he said. “Your age, your name, your interests, your friends. What if the characters in your game look like your friends, or the game environments are based on your interests? Or maybe you can see places from the photos you’ve taken. This will bring in a whole new level of immersion.”

Davis also spent some time outlining Facebook as a games platform. Facebook is changing the way games are designed, because for Facebook, games are services, they live in a cloud. Developers can add things to a game after it has launched, they can change it and even do things like test new features on a limited group of people. Designing a game on a social platform is changing the thinking behind games: You stop thinking about how do you sell most games on Day 1, and start thinking about how do you build an audience and keep them coming back day after day?

In addition, Facebook is building itself with Facebook Connect and Games Dashboard to provide what Davis dubbed ‘multi-platform social gaming’. Users can play a game on whatever platform and whatever device and still be playing the same. So, a user can be on his Xbox 360 while a friend is playing the same game on a mobile phone, another one joins in from their laptop and so on. Even though different devices pose technical restrictions in terms of raw computing power and graphics, gamers can still have a shared experience.

The crowd had a number of questions for Davis, who answered them in good humor. As far as on-going things such as Facebook’s virtual currency known as Facebook Credits, he remained evasive. Credits are in beta testing, and they will be rolled out later this year, he said, but didn’t say exactly when they will be released to developers.

All in all Davis’ message was very clear. Games have been, are now, and always will be social, and this is changing the business and gaming profoundly. He pointed to the upcoming installment of Sid Meier’s Civilization game on Facebook and sounded very convincing when he said: “This will be another great year for social gaming.”