Mark is launching a beta version of its eponymous app, a social augmented reality platform that can be used to highlight street art and graffiti.

The company headed by former iDreamsky founder Jeff Lyndon Ko will be used to create and display street art for the Women’s March LA 2020 taking place today in Los Angeles.

With the app, artists can “place” works of art in specific locations in a city. Anyone using the app as a viewer can see the art in these locations using their smartphone screens. 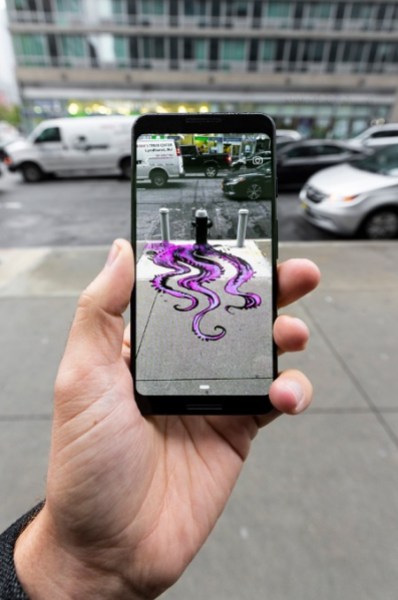 Above: Mark will be used at the Women’s March LA to highlight the art of women.

“This generation is all about voicing its opinion, and Mark is a platform for that. I see Mark as kind of like an Instagram — [it’s] still on web 2.0 on the web browser today, but will be really full-blown when AR glasses arrive,” Lyndon Ko said. “It’s already a very magical experience today.”

He said individuals who use the app, which can be downloaded on iOS or Android via the Mark.app website, can earn donations. Mark will then make donations of up to $300,000 to the march’s foundation.

Lyndon Ko said the technology was developed by Sybo, the game development studio that made the Subway Surfers mobile game.

“They came up with the idea, and we start talking about it,” Lyndon Ko said. 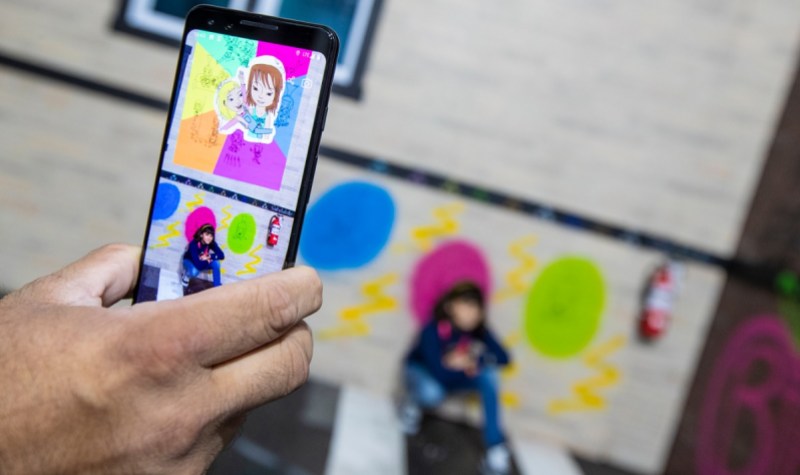 Lyndon Ko said the company, which has six employees and raised $3 million last year, is a joint venture between Sybo and iDreamsky teams. iDreamsky has backing from Tencent, while Sybo’s Subway Surfers has had more than 2.5 billion downloads. Anthony Chang serves as Mark’s chief operating officer. Lyndon Ko said he hopes to grow the company to about 20 people working in both Hong Kong and London.

Mark will monetize by having businesses pay to become “graffiti sites” to welcome people to their locations (where they potentially draw in revenue from sales) and increase their visibility with users of the app.

Deutsche Telekom is in early discussions with Mark about working together.

“Mark is a social platform, and AR is a way for people to voice their opinions,” Lyndon Ko said.

The 4th annual Women’ s March LA will begin with a rally at 9 a.m., and the march itself will start at 10 a.m. and go from Pershing Square to Los Angeles City Hall.

“We can use it to make people a lot closer at the Women’s March,” Lyndon Ko said. “It makes sense for us to be working with them. As far as AR goes, I think we’re at the very tip of the iceberg now.”