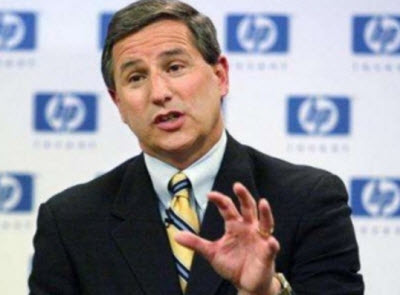 Mark Hurd, who resigned on Friday as chief executive of Hewlett-Packard, reached a settlement with the unidentified marketing contractor who accused him of sexual harassment, the Wall Street Journal reported.

Terms of the settlement were not available, but the WSJ cited sources familiar with the situation. Hurd resigned because he violated the company’s business standards in relation to his dealings with the contractor. He reportedly fudged expense reports for meals he had with the contractor.

The report said that HP did not make any payments to the woman in question. HP said Friday that Hurd did not violate the company’s sexual harassment policy. But he did not disclose a “close personal relationship” with the contractor, who worked for HP from the fall of 2007 to the fall of 2009. Gloria Allred, the woman’s attorney, said the woman did not have a sexual relationship with Hurd. The sexual harassment claim was made in June and prompted an independent investigation by HP’s board.

Cathie Lesjak, chief financial officer of HP and now interim CEO, plans to discuss the matter with all employees on Monday morning. HP’s share price fell 8 percent on Friday during after-hours trading, after the announcement of Hurd’s resignation. The WSJ has also turned up information related to Hurd’s version of the events, where it says that his expenses were legitimate because he had traveled to other company events during the same trips he met with the contractor. The source familiar with Hurd’s version of the events said there were legitimate reasons for the expenses. But HP also found that Hurd should have disclosed the relationship with the contractor and failed to do so.

For a report about HP’s search for the next CEO, click here.