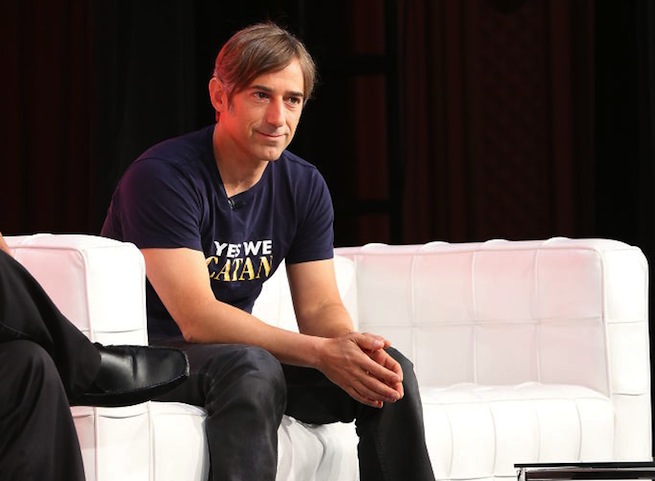 One of the major issues with the mobile ecosystem today is that developers are still separated from the app store, insists Zynga founder Mark Pincus.

“We need to be more interconnected with each other as an industry,” Pincus said at VentureBeat’s MobileBeat-GamesBeat 2012 conference in San Francisco. “We need channels so that many more games can be discovered.”

Currently, the market breeds fear in independent developers. They fear betting on an app and losing their entire business. App store channels are one of the main issues facing these developers. If you don’t get your app on one of the top 25 lists, it faces falling into the no-discovery-depths of the app store. The frustrating part? Some of the apps that make it into the top 25 lists pay their way in with various marketing strategies as opposed to organic growth. Pincus is calling upon platforms such as Apple and Google to serve the consumer and promote apps that grow naturally.

This type of manipulation of the app store is scary to larger scale companies as well. These bigger guys want to make sure they can be profitable while distributing their resources to the many different app ecosystems. Zynga looks at this type of success as the “90/10” philosophy. That is, the company will begin to put a lot of resources on a game when it sustains 10 million daily active users in a 90-day period. Zynga is obviously putting a lot of those resources into mobile after its $200 million acquisition of Draw Something, but there’s still some hesitation.

“Facebook has been there [fueling 90/10 games] for awhile,” Pincus said. “Apple hasn’t fully gotten there yet.”

It’s a song we’ve heard over and over again, but developers are calling out for an opening of the industry. The lines of communication need to be broader, collaboration deeper. Pincus suggests we start by concentrating more on the content of our apps, as opposed to the platform. Pincus’ idea is “north star is social,” saying that the company is built on user retention and that retention is built on social. Nowhere in there does he mention platform.

“We want to isolate this to be more about great design, great mechanics, and great marketing,” Pincus said. “Less about if you picked Adobe Air, or HTML5, or native code, of Facebook, or Apple.”