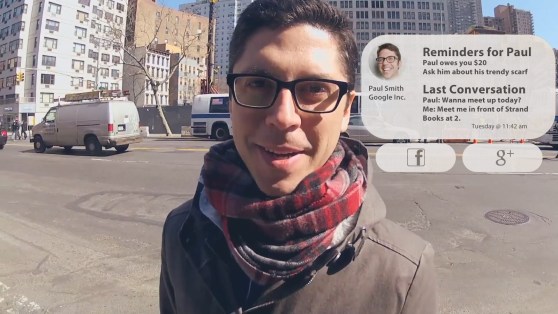 This post comes via Parham Aarabi, the CEO of ModiFace.

Technology has significantly changed the nature of marketing, or so we are told. Local, social, real-time, and mobile are more and more on the minds of marketing managers, though the return on investment and best practices are both far from certain.

Within this context, marketers are trying new experimental methods, with some interesting results and lessons. These innovative experiments span multiple industries and often combine elements of mobile, local and/or social, but they often share an element of personalization (i.e., making the marketing message about the individual, their friends, their photos, their location, etc.). One way of achieving a personalized marketing message has been through the use of facial recognition technology.

Facial recognition is often associated with security and defense applications. However, elements of the technology consisting of facial detection and modeling are being used more widely in industries like medicine, beauty, and even finance. 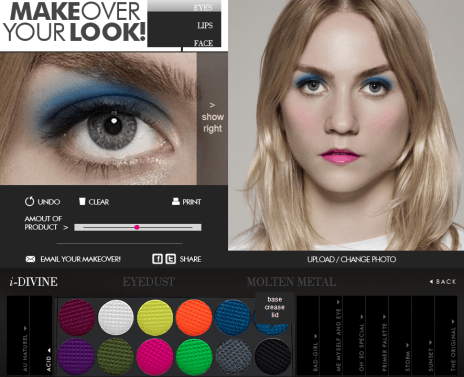 In the beauty industry, facial modeling and simulation has been widely used for virtual makeovers and virtual product try-ons. An example of this is VOGUE’s Makeup Simulation application, which recently launched in Japan. This app lets users download and try on makeup from brands like Clinique on their own photo (with facial detection and modeling being used to create a photorealistic rendering of the makeup on the user’s image). Another example is Johnson & Johnson’s ROC Skincare, which recently launched a Skin Correxion Tool to simulate the effects of their anti-aging products.

Throughout the beauty industry, facial detection and simulation is letting consumers interact with beauty products and brands on a more personal level. In the next few years, it would not be surprising to see interactive ads that use online photos to preview products (i.e., where each user is the model), or to recommend products based on the user’s custom profile. 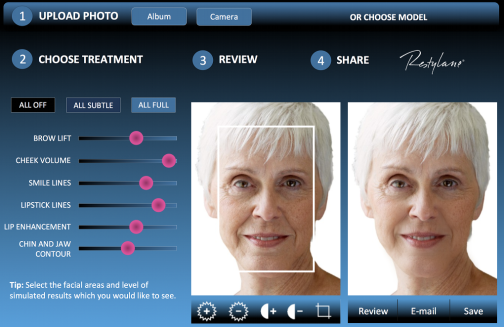 In a similar way, facial recognition is making an impact on marketing for medical and dental clinics. Facial modeling of dental and cosmetic procedures is becoming more commonplace, giving doctors the ability to discuss potential procedures with patients in a more interactive fashion. An example of this is in the recent launch of the Restylane Imagine iPad app in Canada, where potential patients can preview the effects of Restylane on their own photo, or in a more likely scenario, doctors can show and discuss anti-aging procedures interactively on an iPad in the clinic. This digitization of clinics and medicine in general has only began to gain adoption, and will likely continue at a faster pace going forward. 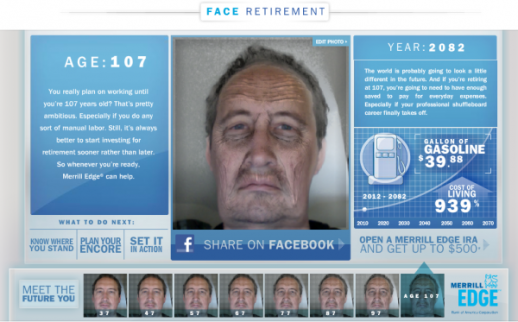 The impact of facial recognition and modeling on finance may not be very clear, and so far there are very few examples to show. One recent example that garnered significant media and customer interest was Merrill Edge’s Face Retirement application, which was created  to entice customers to save for retirement.

The basis of the app was a study from Stanford University that argued that if people were shown a photo of their older selves, they would be more likely to think about their retirement. As you can see in the photo above, Merrill Edge uses facial recognition and modeling to take a user’s photo to show them how they would look at 50, 60, 70, and all the way to 100.

Although this is a relatively newer marketing campaign, early indications suggest it has been very successful in its quest to highlight the need to save for retirement. 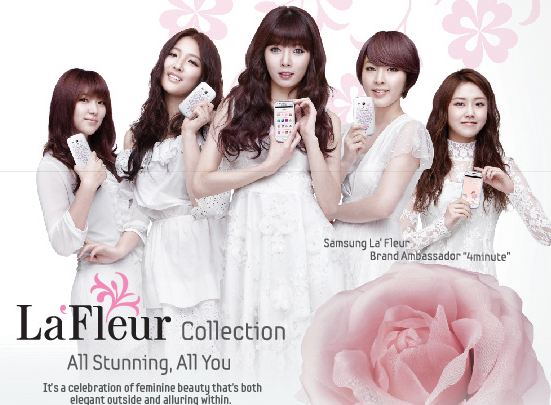 Samsung recently introduced their La Fleur collection of mobile phones (versions of their popular mobile phones geared primarily to women). These phones, aside from aesthetic design enhancements, include a collection of customized apps geared towards women. These include fitness and beauty tips apps, along with a facial cosmetics simulation app that lets people paint  cosmetics on their virtual faces. This application has been widely used in the marketing for the La Fleur phones.

Facial recognition usage in mobile devices will certainly become more prevalent, from intelligence cameras to facial gesture recognition —  all of which will give a marketing edge to device manufacturers. Still, their level of adoption by consumers remains to be seen. 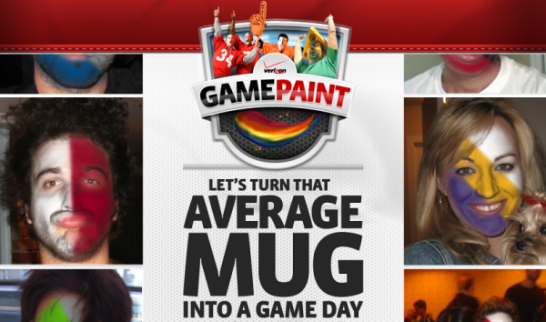 Just as Samsung used a facial makeup simulation app to better market to women, Verizon recently used facial simulation as a way to better connect with NFL fans on Facebook. Through the creation of the GamePaint application, users could virtually paint their faces in their favorite NFL team colors and could then share the results on Facebook to create buzz and reaction among their friends. By making their customers start social conversations about their favorite NFL teams and the GamePaint colors that would best suit them, Verizon was able to tap into the energy and passion of NFL fans.

The key common element in the above examples is personalization. By initiating a conversation about the user’s image (instead of a model), it is far more likely to gain people’s attention, and more likely to lead to increased social engagement.