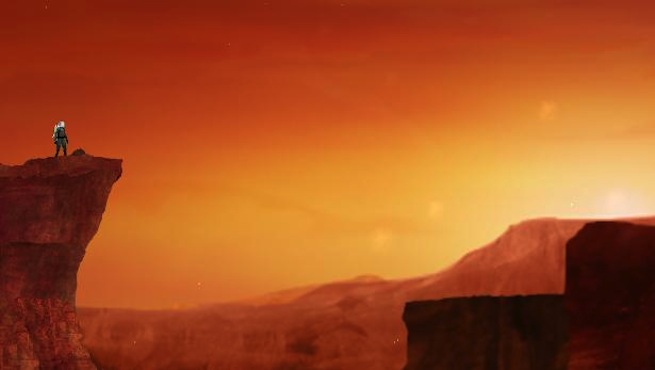 If you didn’t make the cut for NASA space flight but are in good health and desperately determined to go where no human has gone before, you should check out Mars One.

We’ve been keeping close watch over the commercial space trend. As NASA and missions like the ISS inspire the world to look spaceward, entrepreneurs and investors are looking spaceward, as well — and some of their ideas are absolutely killer.

The Mars One mission is independent of any government; it’s a non-profit/for-profit hybrid plan to put people on Mars in a permanent colony by 2023. And today it announced its specs for potential astronauts.

Interestingly, you don’t need to have physics or aeronautics credentials. What’s more important, aside from your general physical health, is your commitment to the cause.

From an email sent to VentureBeat:

Applicants need to be at least 18 years of age, have a deep sense of purpose, willingness to build and maintain healthy relationships, the capacity for self-reflection and ability to trust. They must be resilient, adaptable, curious, creative and resourceful.

Mars One is not seeking specific skill sets such as medical doctors, pilots or geologists. Rather, candidates will receive a minimum of eight years extensive training while employed by Mars One. While any formal education or real-world experience can be an asset, all skills required on Mars will be learned while in training.

The mission’s chief medical director is Norbert Kraft, who previously worked as a senior research associate at NASA. He noted in a statement that while NASA requires careful selection and physical training for astronauts who needed to spend long periods in orbit and/or space flight, he thinks space travel in the modern era is less about military-caliber bravery or Air Force-caliber in-flight experience and more about collaboration and the mental ability to leave Earth behind.

“Now, we are more concerned with how well each astronaut works and lives with the others, in the long journey from Earth to Mars and for a lifetime of challenges ahead,” Kraft said. “Psychological stability, the ability to be at your best when things are at their worst is what Mars One is looking for. If you are the kind of person that everyone chooses to have on their island, then we want you to apply too.”

Minimally, candidates need to be 18 years old at the time of application. Training will take eight years; astronauts are expected to reach Mars by the time they are 28 years old. No upper age range has yet been established. So far, the mission has received more than 1,000 emails of application. The mission’s candidates will be announced in “a global, televised program which ultimately selects which set of four astronauts from those assembled will be the first to go to Mars,” mission reps stated via email.