Marseille is announcing the global availability of the mClassic, a plug-and-play graphics processor that can upgrade the video performance of older video game consoles.

Marseille designed it to work with all gaming consoles, such as the Nintendo Switch and retro systems such as GameCube and Dreamcast. 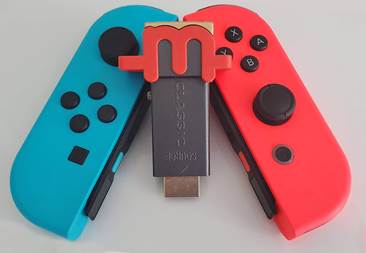 Above: Marseille’s mClassic plugs into a variety of consoles.

Marseille’s solution is inexpensive at $100, and the company believes it could make sense for those who want performance but don’t want to spend the money upgrading to something new.

The company is showing the graphics processor at Pepcom’s Digital Experience event at CES 2020.

In 2017, Marseille introduced its mCable Gaming Edition, an HDMI cable capable of improving the video resolution of existing console games and video content. Customers asked for a compact version that was also capable of upscaling content from older systems and preserving the 4:3 aspect ratio of classic games. Marseille developed the mClassic, a plug-and-play edition that delivers a better gaming experience for both modern and retro consoles.

To provide an enhanced visual experience, mClassic’s technology redraws every single pixel on the screen at 120 FPS with near-zero latency, eliminating jagged edges. Its anti-aliasing algorithm smooths over the jaggies, Marseille said. 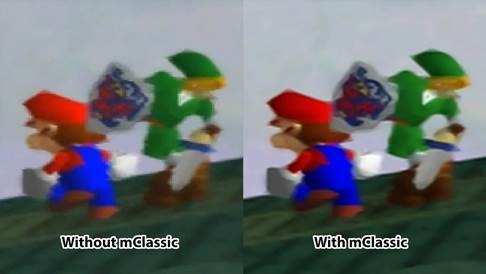 While graphics video processors typically focus on either the “sharpness” or “naturalness” of an image, mClassic ensures images are balanced. This allows users to play games on Nintendo Switch, Sony PS4, and even the Nintendo GameCube in up to 1440p60 on supported monitors. 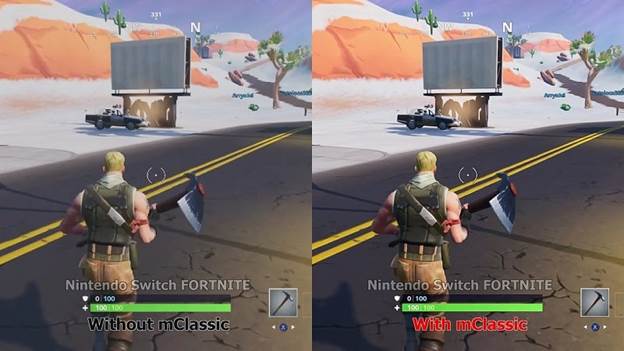 Above: Marseille sharpens Fortnite on the Switch.

And it works on any native HDMI output device, including the Nintendo Switch, Nintendo Wii U, Xbox 360, Xbox One, PS3, PS4, and retro consoles including GameCube and Dreamcast. The mClassic has three function selection modes for all preferred methods of play:

Marseille first launched the concept for mClassic on Indiegogo in September, quickly acquiring more than $800,000 in consumer backing, well surpassing the brand’s initial $50,000 funding goal. The mClassic was delivered to backers soon after and is now officially widely available. Marseille was founded in 2005 and it is based in Santa Clara, California.