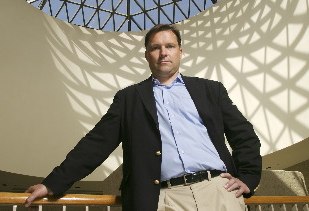 Mickos built MySQL into what seemed like one of the open source world’s biggest successes, with a $1 billion acquisition by Sun Microsystems in 2008. But he left Sun last year, He then joined Benchmark Capital, which backed both MySQL and later Eucalyptus, as an entrepreneur in residence. Meanwhile, Sun was acquired by Oracle, which doesn’t bode well for MySQL.

And now Mickos has announced his next move. It seems like a good fit, since Eucalyptus is another open source company, and one in the hot cloud-computing sector. The company spun out of research at the University of California, Santa Barbara, and helps businesses create private cloud computing infrastructure on their own hardware, then connect those private clouds to public platforms hosted by companies like Amazon.

Eucalyptus has raised a $5.5 million first round led by Benchmark.