Cyber Monday deals aren’t just for buying physical goods from Amazon. You can also get a decent deal on in-app purchases in certain mobile games — and that led to a spike in revenue for one of Kabam’s biggest apps.

Marvel: Contest of Champions, a simple fighting game for iOS and Android, was the top-grossing iPhone game on Monday, according to data from research firm Sensor Tower. This is the first time the game has hit No. 1 on that revenue chart, which means it made more money than Game of War, Clash Royale, or Pokémon Go on that one day. Contest of Champions has since dropped back down to No. 9 on the iPhone grossing chart, which suggests that it was the Cyber Monday discounts that got players spending.

It seems likely that certain big spenders went all in on these deals to maximize the return on their in-game purchasing. This behavior then led to Contest of Champions jumping from its spot near the bottom of the top 25 all the way to No. 1. 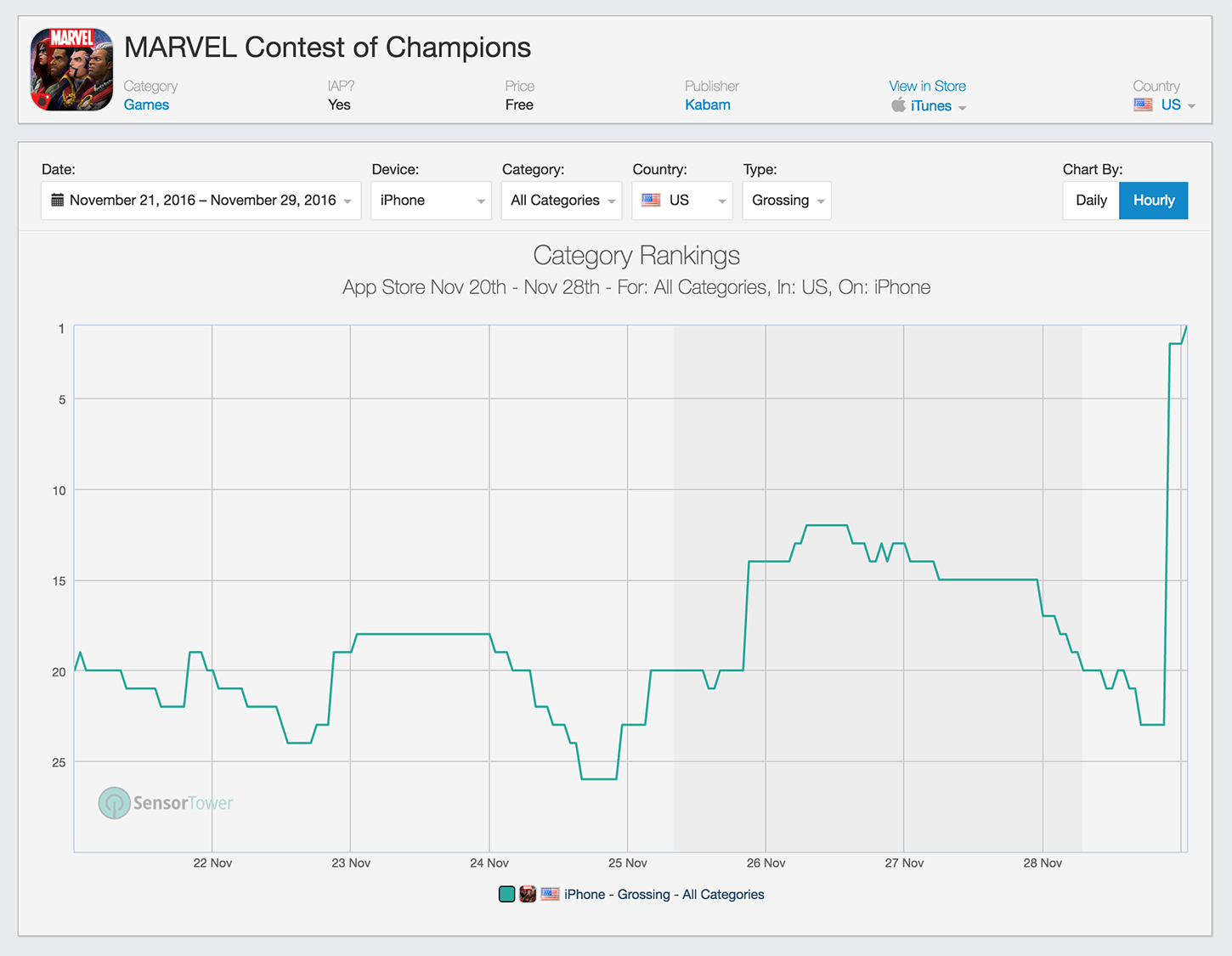 Above: That’s a hell of a spike.

This also shows the power of special events and sales for free-to-play games.

The Cyber Monday deal is over now, and Kabam — the publisher of Contest of Champions — has introduced a new event where it has partnered with the (RED) organization that’s dedicated to ending HIV/AIDS by 2030 as part of Apple’s Games for (RED) promotion that includes 20 games. Through December 6, players can purchase a new bundle of items called the (Power Pack) Red. This download includes the characters Daredevil and Elektra as well as some special items. As part of this event, 100 percent of the proceeds will go to the Global Fund that aims to help prevent, treat, and counsel HIV/AIDS patients in Africa.