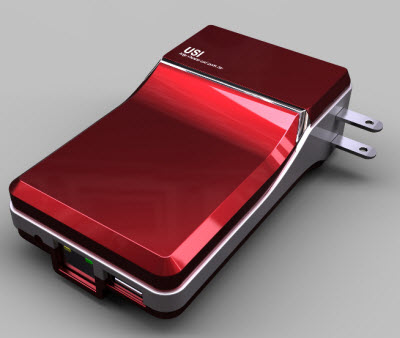 Marvell is launching a number of new chips today that show it intends to be a powerhouse in web-connected mobile devices.

The company is a big player in the wireless networking and mobile phone chip markets, partly because it bought Intel’s XScale chip business a few years back. Now it’s moving to make more gains.

Marvell is introducing the Armada 610 series, which has a built-in processor that runs at a gigahertz and has enough horsepower to run full high-definition video, 3-D graphics, and handle web connectivity on a mobile Internet device. The chips could be the heart of a lot of gadgets being launched at the Consumer Electronics Show in Las Vegas this week, although actual customers won’t be revealed until much later.

The so-called MIDs are expected to be a hot consumer item in the future. They’re smaller than laptops or netbooks, but have wireless web broadband access. The chips can also be designed into devices such as eBook readers, smartphones, portable media devices, and other small information gadgets. The common denominator of all of the devices is that they have to be very power efficient and operate for a long time on a battery charge.

“We want to change the way consumers enjoy media on their mobile devices,” said Weili Dai, co-founder, vice president and general manager of the company’s consumer and computing business unit, in an interview.

She said Marvell’s chips are being designed into a wide array of products that fit into an “always on” lifestyle, where devices are always web connected.

Dai said the company works closely with its customers to make sure the ecosystem for their products its complete. She knows that cool mass-market products are in the works, such as high-quality projectors on cell phones that can project great video images on any white surface. Dai expects to see wireless devices that can be connected to TVs to enable a simple movie-downloading service, or eBook readers that can display magazines or newspapers so they appear as if they’re on paper. Such devices will be in production this year, she said.

The ARM-based Armada 610 series chips have the ability to encode or decode video, which means they can be used for both playback and recording of HD video. The 3-D graphics are good enough to run software built with Open GL ES 2.0, which is being used to create the latest 3-D games on the iPhone, among other platforms. The chips can support a wide variety of operating systems, including Linux, Android, Windows Mobile and Windows Embedded CE. The chips are currently available in samples for customers.

The Santa Clara, Calif.-based company is launching the Plug Computer 3.0 (pictured at top), a device that plugs into a wall and can be used as the heart of a variety of small web-connected appliances. Those include gadgets that automatically turn on your lights, monitor medical conditions, or measure your electrical usage. The device comes with built-in storage and Wi-Fi and Bluetooth connectivity. It also has a 2-gigahertz Armada 300 processor from Marvell. You could use something like this to create your own personal Wi-Fi hotspot for wireless Internet connectivity.

Marvell is competing with a number of chip makers focused on the mobile gadget markets, including Intel, Broadcom and Texas Instruments. Dai said her company is differentiating itself with its own unique processor technology, wireless expertise, and ability to embed storage in chips.