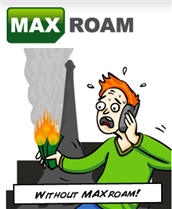 Update: As is noted in the comments below, the company gave out misleading information on its rates prior to launching. To see correct pricing info, check here.

Pat Phelan, the Irish entrepreneur whose startup AllFreeCalls provoked major irritation in AT&T, has set out to put a burr in the pants of telecom giants once again, this time with a new wireless startup.

His Cubic Telecom, operating under the brand name MaxRoam, will provide cell phone users with a SIM card that enables global calling for rates between 20 and 30 cents a minute in more than 160 countries. Many large wireless operators charge dollars each minute to people who call from areas outside their nationwide roaming plan. MaxRoam’s rates for calling from anywhere in the world, by comparison, are only slightly more expensive than most U.S.-only pay as you go plans.

MaxRoam will allow its users to either use call forwarding from their own number, or take on local numbers as they travel, up to a maximum of 50. The SIM can work in any regular mobile phone; alternately, customers can buy a MaxRoam phone, manufactured in Italy by Pirelli, at $135 for the basic model or $299 for one with more features.

Another interesting detail about MaxRoam is that its branded phones will be able to make completely free calls when a WiFi connection is present. This feature is similar to T-Mobile’s Hotspot @ Home program, which the New York Times’ David Pogue drooled over this summer.

Phelan claims that, unlike VOIP, the voice clarity of his cellphones when used on WiFi is crystal clear from any location with a decent internet connection.

When I asked whether MaxRoam’s profit margins would be high enough to support the service, he laughed. Phone companies can pick up blocks of minutes in most countries for less than one cent per minute, he said, opining that most cell companies are in the business of cheating their customers; even charging the end customer only 20 cents a minute still provides a healthy profit.

The service will find some competition from carrier plans that allow for limited overseas roaming — in the US, notably offered by T-Mobile and Cingular. Traveling extensively often requires buying special SIM calling cards in each country visited or renting cell phones, in order to keep costs down.

While the service is undergoing its launch today, Phelan is already in talks with the U.S. military to provide overseas calls for servicemen, and also mentioned, off the record, a large web company that had shown interest.

Although Phelan is keeping to the modest target of signing up 10,000 accounts over the next 18 months, he also plans on unveiling a $30 per month plan for unlimited calling, which will include a free phone, and initiating a $5 per megabyte rate for data transfers.

Cubic Telecom’s initial funding was €3.5 million from Irish property developer Declan Donohue, and a further €1.5 million from other private backers. The company is in talks with venture capital firms for another round of funding.