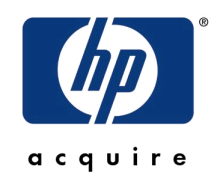 Silicon Valley’s most sacred shrine is the tiny garage in Palo Alto where, in 1938, Bill Hewlett and Dave Packard began what is now the world’s largest technology company by headcount, with more than 300,000 employees interconnected around the world.

Hewlett-Packard was to a previous generation what Google is today. Hewlett and Packard pioneered an egalitarian culture that offered unusual perks: stipends for education, and a career path for engineers who didn’t want to become managers. Have I tried to get a job there? Yes, I have.

The HP Way, as the founders dubbed their management style, focused on nurturing individuals, placing a premium on integrity, and encouraging “flexibility and innovation.” At the time, it seemed crazy. But the company cranked out innovative products like the HP-35 calculator and printers that worked better than anyone else’s.

Yet in recent years, HP’s core corporate competency seems to be picking out who to buy. The official company timeline spews a list of acquisitions in the 2000’s: Compaq, Indigo, Snapfish, Scitex Vision, VoodooOC, Mercury Interactive Corp — and then in 2007 things get crazy. Tabblo, Logoworks, SPI Dynamics, Neoware, MacDermid ColorSpan, Opsware, EYP Mission Critical Facilities. And finally, in 2008, the giant services company EDS.

This, of course, is how most big companies do R&D today. They buy it instead of figuring out how to build it. Wired magazine wrote about the trend 10 years ago. But it’s disappointing to see that HP’s proudest recent achievements on the timeline page are a netbook and a Web-connected home printer.

Why didn’t HP beat Apple at the tablet game? Why has the company, prior to today’s Palm deal announcement, stayed away from the mobile gadget market that’s replacing desktop and notebook computers?

HP does actually invent stuff, like a super-small nanochip that could replace today’s microchips. But the HP name today is associated with printers and netbooks — technical marvels that people see as quotidian and boring.

Here’s hoping that the HP / Palm partnership will result in products with sizzle, not fizzle. A sexy new smartphone with Palm smarts and HP build quality. One that does something no one at Apple or Google even thought of. A gadget that creates an exciting new genre in consumers’ jaded minds. An invention.