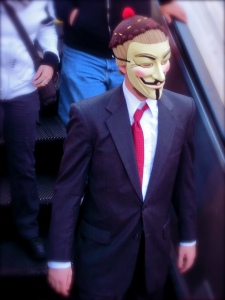 McAfee released its online security threat predictions for 2012 today, predicting that much of the hacking drama that started in 2011 will only grow in the new year.

When technology evolves, so do cyber criminals’ tactics for compromising new software, hardware, online accounts and more. Whole conferences, such as the Black Hat and Defcon conferences in Las Vegas, focus on how people are able to gain access to our machines without permission. But 2011 was filled with the beginnings of a new breed of vigilante hacker, as well as the new world of mobile devices to breach.

McAfee predicts 2012 will boast Internet warfare, governmental displays of cyber strength, and breaches from hacktivists, but not from the same faces we’ve seen in 2011. Or, perhaps we should say, the same Guy Fawkes face. Anonymous, along with Lulzsec, spurred the hacktivist movement this year with high profile attacks on companies such as Sony, a number of law enforcement agencies, and government websites such as Syria’s Defense Ministry. Most recently the group attacked think tank Stratfor, obtaining and publishing thousands of credit cards.

But Anonymous is a new type of cyber criminal “group,” one that may be hard to define. Really, Anonymous is just a collection of individuals who all use the same Anonymous title. Individuals decide on an attack they’d like to execute, and become their own leaders and organizers for the group that decides to help. There is no overarching leader, no head honcho. Indeed, one Anonymous member told VentureBeat that the group’s “leaders” are really just bullhorns.

What projects are truly considered of “Anonymous” is even debated within the community, such as the declaration to take down Facebook on November 5th, which was never realized.

Perhaps because of its lacking internal structure, McAfee believes that the community with either reorganize itself or disband completely, similar to Lulzsec. Soon after the Spring attacks on the Sony Playstation Network, this hacker collective bowed out of the game, some members probably joining the Anonymous ranks.

McAfee believes we will see more Anonymous members come out of the digital shadows and join protests against politicians, law enforcement and other agencies. This was seen in August when the collective drew members of the Bay Area communities to protest the Bay Area Rapid Transit train system over BART police shootings earlier in the year.

It’s probably more likely that the group will reorganize or see sects branch out, than die off all together in 2012. Anonymous isn’t made up of individuals who all want to “dox,” or reveal personally identifiable information on the Internet. Instead, many of these people prefer disrupting a website’s service or systems to prove a point. These may be the people who branch off, leaving those who wish to publish personal information to fly the Anonymous flag. 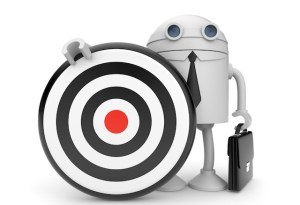 Another issue in 2011 was the onslaught of mobile malware. You read everywhere about smartphones and how they are becoming essential to our every day lives. But with the proliferation of these devices comes illegal, lucrative opportunities. This year, Lookout Mobile predicted that mobile malware will become a profitable business in 2012, and will be focused on Android devices. According to the mobile security company, mobile criminals took $1 million from Android consumers this year.

This was achieved through schemes such as RuFraud, which charges people for premium text messages using a bogus application posing as a real one for bait. Malicious advertisements may also play a roll in mobile scamming, as browsing and buying becomes more popular on the go.