When I first got the press release for the MClassic “game console graphics processor” from Marseille, I was skeptical. The MClassic is an HDMI dongle that you connect to the back of your gaming device, and Marseille claims it will give you better visuals. This brought back memories of gold-plated HDMI cables from Monster. But after spending a few days with it, I’m surprised to say that I’ve found that it works as advertised.

Marseille has launched an IndieGogo to begin manufacturing the MClassic in large quantities. The company started with a goal of $50,000, and it has already raised more than $170,000 from nearly 2,000 backers. And as long as those backers are not expecting miracles, they should end up happy with the final product.

The MClassic is exactly what Marseille claims it is: a graphics processor. But it is not like a GPU. It’s not actually rendering any geometry, as the video card in your PC or console does. Instead, it is taking in the finished images from your HDMI source and processing them with some additional hardware and software algorithms.

Marseille’s squishy language is frustrating because it’s treating the MClassic like it’s magic. It’s not. It’s actually just a really good dedicated upscaler with some extra image processing on top. Here’s what Marseille claims it is capable of delivering:

In the above video, Mario Kart 8 Deluxe for the Nintendo Switch is running at 720p on one side. On the other side, however, the MClassic is up-scaling that 720p signal to 1440p. This is a really impressive demo, but keep in mind that Mario Kart 8 Deluxe actually runs at 1080p on Switch. Marseille actually turned the resolution down in the Switch menu. So while the demo shows what the MClassic is capable of, it’s not actually indicative of real-world results.

I tried to run a similar test with the Switch set to 1080p, and you can see that the difference isn’t nearly as drastic.

And I think that’s the story of the MClassic. It can have a huge impact on the image quality for some games, but you may not notice it at all in others.

Here are some good examples.

While I didn’t notice much of a difference in Mario Kart 8 Deluxe, the MClassic definitely made Super Mario Odyssey look much cleaner and sharper. Here is the game running on a 4K TV with and without the MClassic processing. 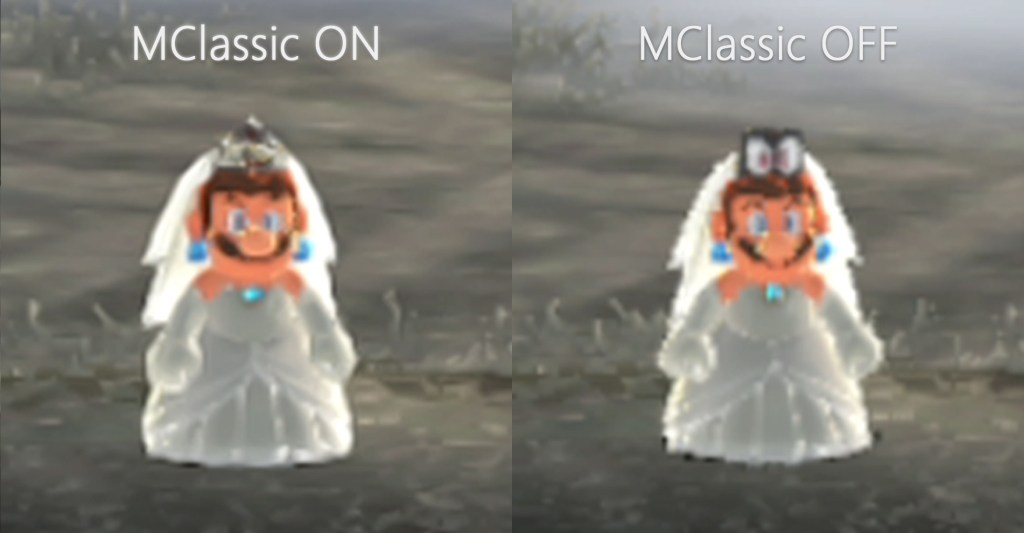 Above: Characters look significantly sharper with the help of the MClassic.

The upscaling and anti-aliasing of the MClassic is able to reduce the ugly jaggies of the game for a much improved image. The edges of Bride Mario’s veil look softer, and you can see a lot more details in Mario’s face. It’s just an overall better experience.

We can see similar results from Fire Emblem: Three Fates. Here Mercedes’s hair looks smoother and as do the lines of her clothing. 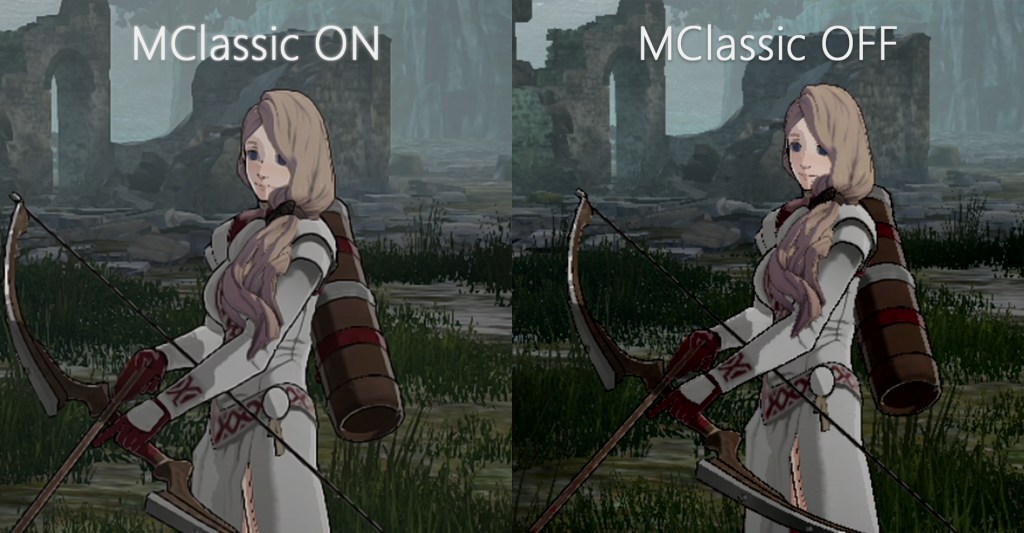 And when you zoom out the camera, characters look significantly sharper. 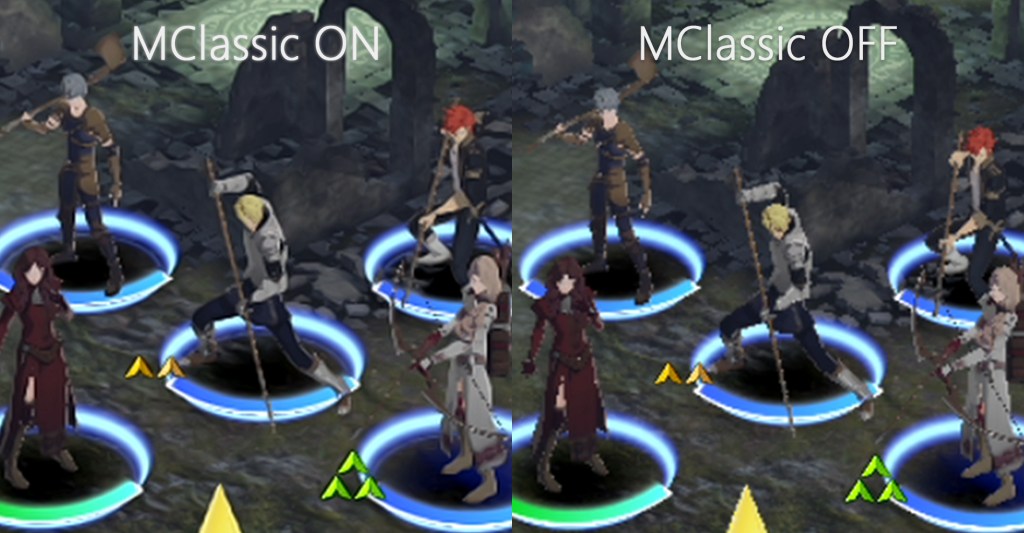 But again, this effect isn’t universal. Here is Crackdown 3 running on a laptop at 1080p with anti-aliasing set to low. When we zoom in on the character like in the image below, we can see that his head looks a little sharper. And his clothing looks a little sharper. But I would never notice this with my naked eye while actually playing the game. 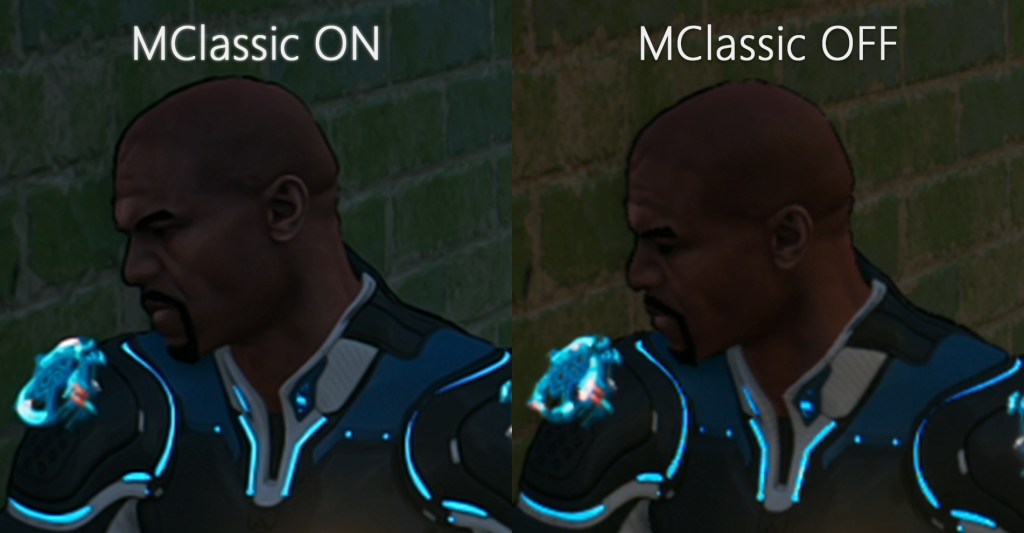 Great for connecting lower-resolution sources to a 4K TV

I think the MClassic is best when you are trying to connect a lower-powered source to a higher-quality display. The Switch is proof of that, but it goes way beyond that. If you have an HDMI adapter for older consoles — like the GameCube or Dreamcast, you’ll get a big benefit from those as well.

The MClassic even has a Retro setting that outputs images at 4:3, so you can maintain a classic aspect ratio.

But it goes beyond consoles. If you want to run games at 1080p on a laptop and out put it to 4K on a TV, the MClassic is great for that. And since the device is only doing post-processing effects, it’s actually great for other kinds of content as well.

MClassic improves the look of DVDs and text

Before anything else, I noticed how much the MClassic improved the look of text. I was outputting a 1080p laptop signal to a 4K display. And while I was ensuring everything was working, I noticed that the text in Steam looked significantly worse when I turned the processing off. 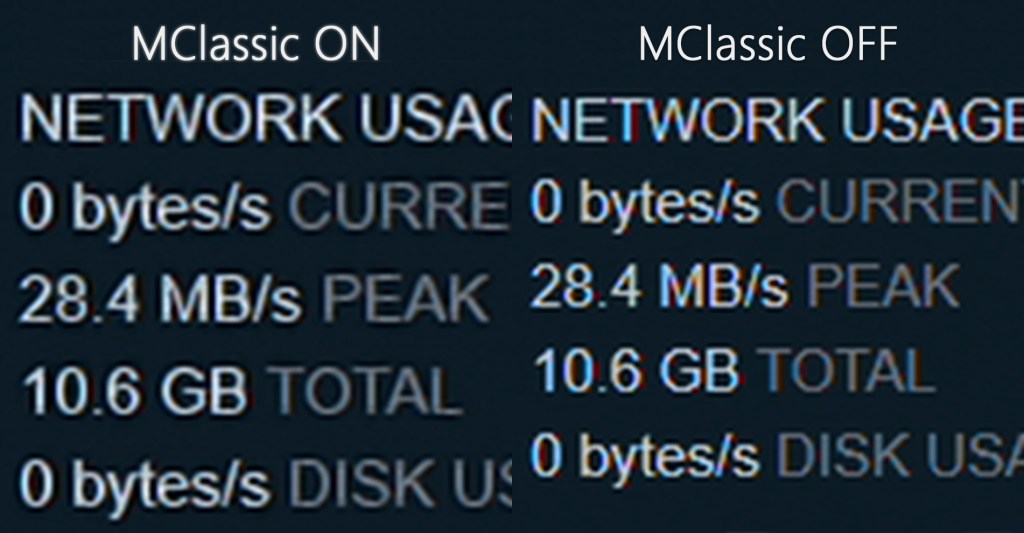 On the right, you can see the weird discoloration that sometimes happens when you try to put text on a higher-resolution screen. But the MClassic is able to process that signal into a clean-looking typeface.

It does the same thing for DVDs. If you still have a large DVD collection. The MClassic can breathe new life into them on your HD or even 4K display.

I want to connect the MClassic up to my Switch full time. For me, that’s where I think it would make the biggest different. But the device doesn’t slide into the Switch dock without feeling like it’s going to break something. Even when I leave the dock’s door open, it still feels like it’s bending the HDMI port.

Wish I could control more

It’s great that the MClassic has a switch to turn the processing on and off with a retro mode in case you need it. But I wish I could have a little more control over what it’s doing. Right now, I have no idea if that would make a difference because the device is a black box.

It would probably add cost, but I’d like the option to get into the device with an app or by connecting it to a PC and setting up profiles. Maybe that defeats the purpose of a magical little processor, but I would still prefer that.

Doesn’t really do anything for classic 2D games

The MClassic’s effects don’t do much for games on the 16-bit consoles or earlier. While you will get a big improvement in visuals on an Xbox or GameCube once you add an HDMI adapter, I don’t really see any difference when I run a game like Contra: Hard Corps through the device. 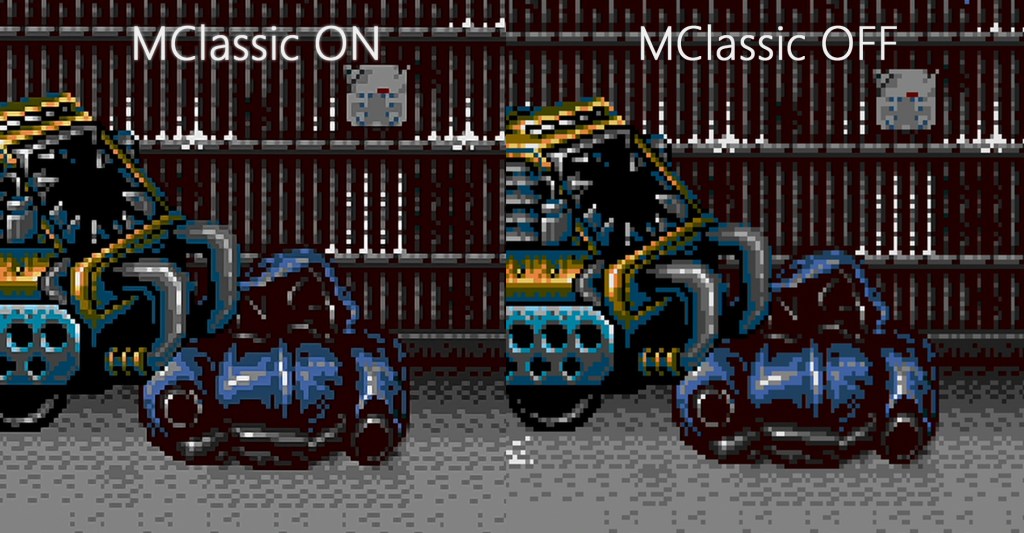 The MClassic produces frequently stunning results. You are going to get the most out of it if you are someone with lots of low-resolution content relative to your display. I love the idea of using it with my Switch on a 4K television. But it’s definitely a luxury. You can get the MClassic for $69 for a limited time as part of its Indiegogo. After that, the regular price is $99. That’s a third of the cost of a Switch.

But you could also pair the MClassic with an HDMI switcher to enhance every device that comes out of it. Again, if you have a lot of DVDs sitting around that you don’t want to use with your 4K television, this could fix that.

I’m going to keep using the MClassic, and that makes it easy to recommend.

The MClassic is shipping in September for $99. Marseille sent a sample unit for the purpose of this review.