From the time that Laurel Duermaël and her husband Adrien left France to pursue their startup dreams in Silicon Valley, it seemed that nothing went as planned.

But somehow, through a failed video game startup, battles with cofounders, the loss of personal savings, and the stress of living in a strange land, their tale has arrived at the unlikeliest place of all: a happy ending. For now, at least. Laurel, a well-known comic book author in France, published her Silicon Valley tale of woe in a book called Comme Convenu (As Agreed) on the back of a wildly successful crowdfunding campaign and is now working on the second volume.

Meanwhile, she has been hired as the in-house illustrator for Docker, making her perhaps the only comic book artist on a high-tech payroll in Silicon Valley. Adrien had previously landed a job as a programmer at Docker, a convenience that has brought at least some stability to a chaotic journey.

“It’s not been easy,” Laurel said. “It’s not all the American dream. It takes a lot of work.”

While comic books are a global phenomenon, in France they are considered a higher form of culture, on par with novels and music and painting. There are critics associations, and public libraries are filled with sections of comic books, known in France as “bande dessinée” or “BD.”

Laurel, who publishes under just her first name, had been highly successful for more than a decade and has published 13 books. She was particularly well known for a series called Cerise that chronicles the life of her daughter of the same name. A few years ago, while still living in France, Adrien was developing a mobile video game, and he asked Laurel to design the characters. The result was released in June 2010: Doodle Grub. 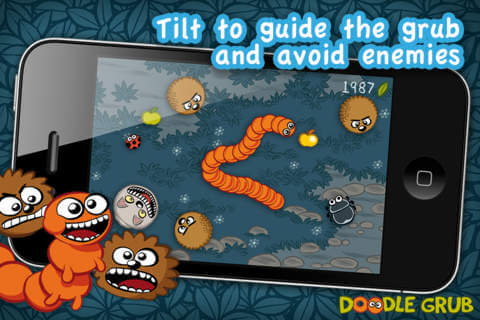 The game was a surprise hit, attracting 3 million users and 200,000 daily users across iPhone, iPad, iPod Touch, Android, and Facebook. It would frequently lead many top 10 app store lists over the next couple of years. That left the couple wondering just how far they could take their work.

“Our dream is to move to California,” Adrien said in an interview with VentureBeat in 2011. “When we have more funds, we will accelerate our development.”

And so later that year they did. The couple partnered with serial entrepreneurs Arthur Madrid and Sebastien Borget and created Pixowl, a mobile video game studio based in Silicon Valley that began developing new titles, as well Doodle Grub. And they brought their then 10-year-old daughter along as they left France and rented a house in Burlingame.

“It was a fantasy to have our own company,” Laurel said.

In 2012, the company raised $1.2 million in venture capital from 500 Startups, Kima Ventures, and Pymar Venture, among others.

“We believe the large mobile gaming community wants rich, character-driven stories on their phones and tablets,” said Madrid, CEO of Pixowl, in a statement at the time. From the outside, the company seemed like it was riding a wave of momentum. Madrid ran the company in San Francisco, while Borget oversaw a team of developers in Buenos Aires.

But not everything in the company was going “as agreed.”

Laurel and Adrien had paid all their travel and moving expenses out of their pocket. The assumed at some point their company would reimburse them, but it never did. Though the company was founded as a partnership, they found themselves often at odds with Madrid and Borget over its direction. Meanwhile, the process to settle their visa situation and get health insurance dragged on, and they felt like they couldn’t quit because they were depending on the company to sort these things out.

While Laurel was focused on the company, she continued drawing and developing her own stories on the side. And naturally, that led her to start writing a lightly fictionalized version of her own Silicon Valley story. But while she had been successfully published by big publishing houses in years past , she decided to try a different approach this time .

As is the case for many forms of print media, French comic book artists have suffered stagnant or declining sales and earnings in recent years. So Laurel decided to try self-publishing and launched a campaign on European crowdfunding platform Ulule. Fortunately, Laurel had been very active online over the years, posting her designs and sketches on her blog, and later on Twitter.

Published last summer, Comme Convenu claims to be fictionalized, and indeed, the names of the company and characters have been changed. But no one seems to think it’s anything but an autobiographical account that paints the other two cofounders in a less-than-flattering light. Laurel acknowledges that they were “furious.” The book is now available to read for free online (in French). 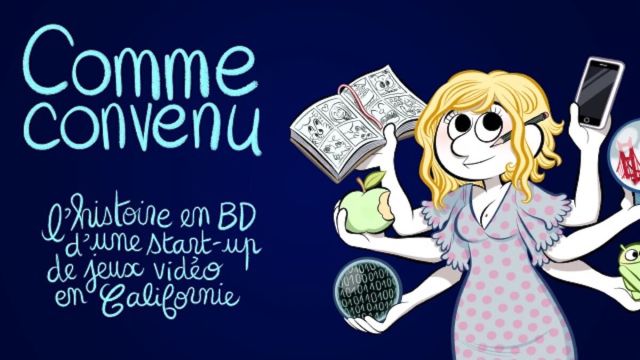 Above: Comme Convenu by Laurel

Laurel continues to share pages from the book on Twitter, where almost the entire book has appeared by now.

She is now searching for someone to translate the book into English as she is planning her second crowdfunding campaign in early March for the next volume of Comme Convenu.

Meanwhile, Adrien had met Solomon Hykes, a Docker cofounder who is half French-Canadian. Adrien had used Docker’s container services for his development work, and Hykes even appears as an occasional character in Comme Convenu. After hiring Adrien as a programmer at Docker, Hykes approached Laurel about doing some work for the company.

Docker’s technology is complex, and Hykes thought having an illustrator on staff who could help communicate some of those concepts while adding some personality would be a big plus for the company.

“Docker is very fortunate to have Laurel as part of our team, as she is very good at creating visual metaphors for complex topics,” said Hykes, who is currently the company’s chief technology officer and product officer. “When you grow to the point that you are reaching millions of people, it can be hard to keep a human touch. By injecting her personal style into the Docker graphical identity, Laurel helps us to stay true to that intention while keeping up with the pace of Docker’s innovation.”

Laurel’s work started with helping put together some graphics for a keynote that Hykes was presenting. For about two years now, Laurel has been doing design and animations for corporate presentations, the company’s blog, and its schwag for conferences, among other things. She works about 20 hours a week for Docker, which leaves her the rest of the week to write her own books.

Thanks to the work at Docker, the couple are not making any immediate plans to return to France. Cerise, now 14, seems happy with school and their life in the U.S., Laurel said. And they now have a six-month old baby. They miss the food back home, of course, but they frequent a little French bistro in Burlingame when they get a craving.

“We love what we’re doing and what we have achieved,” she says. 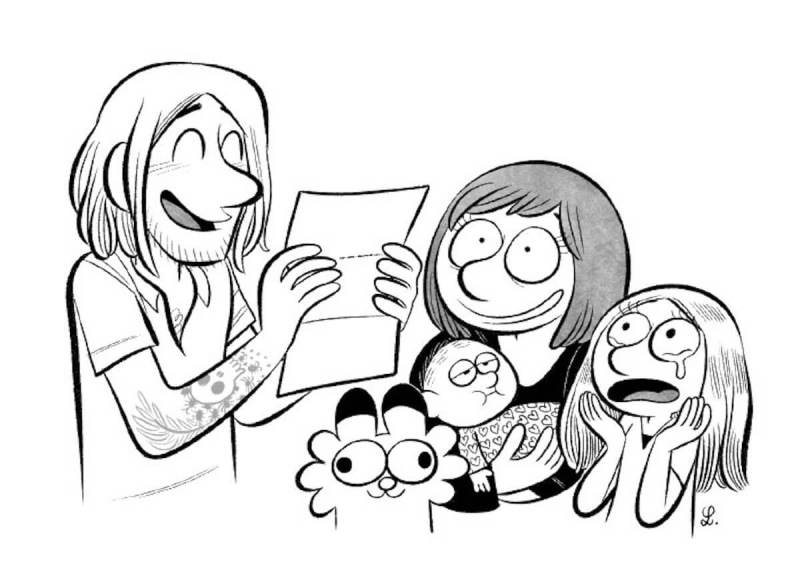 Above: Laurel, Adrien, and family