And, of course, the USA.

The 18 finalists have been whittled down from thousands of submissions from more than 120 countries, Google said, and represent 15 projects — and nine of these are from girls. All of the students will present their projects at Google headquarters in Mountain View, Calif., on Sept. 23, and the grand prize winners will earn a 10-day trip to the Galapagos Islands with National Geographic.

Here’s a brief overview of the 15 teams and their projects, all of whom are just absolutely amazing – it’s almost incredible what smart, motivated kids can do in the fields of science, health, ecology, prosthetics, and programming.

The goal of my project is to identify and validate a computer simulation based approach to assess and manage this impact. Using the Panoche Valley Solar Farm project in California and its impact on the endangered giant kangaroo rat population as a real-world case study example, I have been able to validate simulation modeling as a feasible and cost-effective approach to this class of problems.

This team worked to solve the problem of designing an easy to use universal instrument which can measure the mass of a body and the density of liquids, bulk solids, and solids.

Elif Bilgin (Turkey): Going Bananas! Using Banana Peels in the Production of Bioplastic as a Replacement of the Traditional Petroleum Based Plastic

My objective in my project was to create a flashlight that runs solely on the heat of the human hand. Using four Peltier tiles and the temperature difference between the palm of the hand and ambient air, I designed a flashlight that provides bright light without batteries or moving parts. My design is ergonomic, thermodynamically efficient, and only needs a 5 degree temperature difference to work and produce up to 5.4 mW at 5-foot candles of brightness. 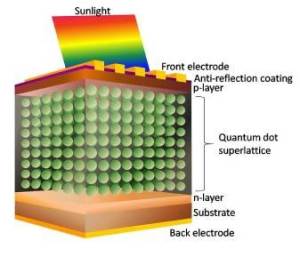 This is the first time that anyone has actively combined the physics of quantum mechanical modeling and the earth science of the solar irradiance spectrum on Earth’s surface to develop a novel research method for QDs in solar cell applications. Experimentalists can highly benefit from this work, in that they can now utilize my model to preoptimize QD configurations for best results prior to time-consuming and costly experimentation.

Charalampos Ioannou (Greece): An Exoskeleton Glove which Enhances and Supports the Movement of the Human Palm

Melanoma is one of the most deadly cancers, but when diagnosed early, it can be cured. The purpose of this project was to create an accurate system that allows for early diagnosis. My project utilizes computer-aided analysis of skin lesions based on the ABCD guidelines used by dermatologists. This project consists of the following sections: image capture, pre-processing, edge detection, image segmentation, feature extraction, statistical analysis, and machine learning.

One of the finalists has already won a $50,000 scholarship, Google announced. Elif Bilgin, who created a way to make bioplastic from banana peels, has been awarded $50,000 and and a year’s worth of mentoring from Scientific American, which will help her developer her project.

In August, you’ll be able to help select who will win, as Google will open voting for the “Inspired Idea Award” on the Google Science Fair website for the entire month of August.