Companies such as Nest, SmartThings, and Canary are all working toward a common goal — filling houses with devices and appliances that talk to each other, which can be controlled by a little contraption in your pocket.

The smart homes market is expected to be worth almost $60 billion by 2020. And the demand for all those connected security cameras, thermostats, and doorbells opens a potentially lucrative secondary market for those with a penchant for traditional aesthetics.

Yes, in the same way that people spend millions of dollars on mobile tablet cases, funky replaceable phone covers, and stylish laptop bags, the connected home is a burgeoning target for accessory makers.

Neil Anderson is a 29-year-old Washington D.C.-based finance worker and creator of Smart Finish, a brand under which he designs and sells artisanal decorative mounting brackets for the Nest Learning Thermostat. 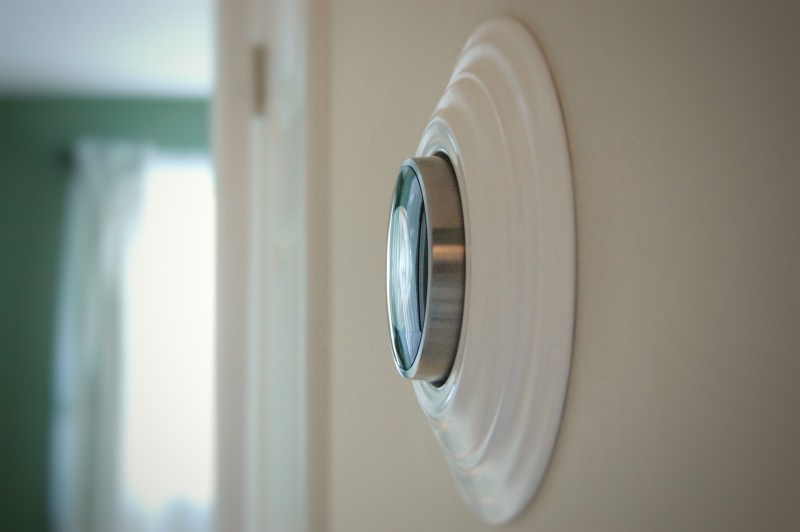 Above: The Smart Finish: Nest

Priced at around $50 each, the mounts serve as a bridge between the analog, brick-and-mortar world, and the digital, connected realm.

“As customers place orders with me, I have been paying close attention to who they are and what type of lifestyle they live,” explained Anderson. “It’s clear that there’s an entire market of individuals that are interested in expanding the technologies of their home, while still maintaining a certain level of style and decor.” 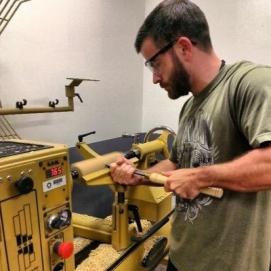 Above: Neil Anderson: In his workshop

Prior to his corporate career, Anderson did a stint in the U.S. Marine Corps, where he served in Southern California and Iraq. One of the benefits of being a veteran is that Anderson was given access to a community workshop called TechShop — a member-based organization that provides use of industrial tools and equipment to build things.

TechShop houses many pieces of equipment that would otherwise be inaccessible to ordinary people like Anderson, due to their cost. But more than that, he said a big focus was put on entrepreneurship. “I have seen some great inventors come from that place,” said Anderson.  “And this is where I learned a lot the skills used in making these mounts.”

Anderson comes from a family of woodworkers. His father owned a successful business making customized billiard cues for professional pool players. “Pool cues require an incredible amount of detail, as the specific weight and balance of the cue plays a huge impact on the player’s performance,” he said.

While Anderson continues in his 9-to-5 job in the finance industry, he spends every other waking hour working on these products. “I am a woodworking enthusiast with a dream of leaving corporate America and spending my days in the woodshop,” he added.

Looking at historical examples, it’s clear there is a demand for the type of product Anderson’s creating. When electric lighting came onto the market, people started exploring new ways of customizing the fixtures to suit their home, which led to features such as ceiling roses. “I see the invention of smart home technology as the equivalent of the invention of the light bulb, and I intend to take these decorative pieces in the same direction,” continued Anderson. 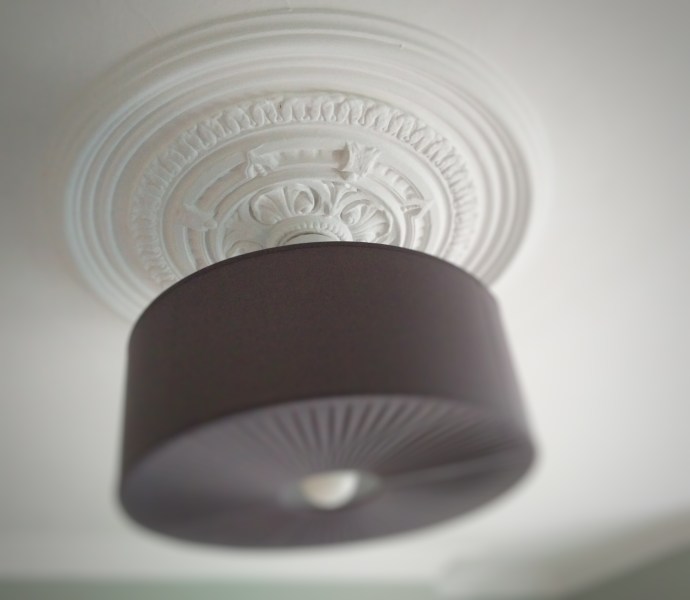 People spend a great deal of time and money on all those little design details in their homes. And if they’re also spending a great deal of cash on smart home devices such as Nest, Anderson is banking on their willingness to make an aesthetic investment, too. In effect, he’s looking to solve what he calls a “disconnect between those with highly designed homes, and current smart home technology.”

In his first few months in business, Anderson said he has received positive feedback, including public praise from Nest Labs itself.

Though Smart Finish offers only one product for now, Anderson said he’s in the early stages of building for other smart home items too, including Ecobee’s Wi-Fi thermostat, Honeywell’s Lyric thermostat, and a mounting bracket for the Nest security camera.

“As it stands, the Nest Cam has a great design but it also has a thick cable that is noticeably protruding from the back,” said Anderson. “I can’t imagine someone who spent millions on their home would be interested in mounting a high-end camera that has visible wires coming out of it.”

While juggling a demanding career in finance with a sideline in artisanal smart home products, Anderson has been “burning the candle at both ends,” as he put it. But he intends to eventually ditch the white-collar job for his workshop, and he reckons he can take his business all the way to the top.

“I have a hard time seeing any boundaries,” he said. “You may have noticed that smart home products are released quite frequently, as the technology is continuously advancing.  As long as new products are being released, there will always be a way to compliment them in a unique way.”