Dan Johnson, the economics professor known for his remarkably accurate sports predictions, is at it again. Today, the Colorado College professor released his prognostications for the 2012 Olympics Games in London.

Each year, Johnson punches numbers into a computer and out pop the results.  Over the past five Olympics, from the 2000 Summer Games in Sydney through the 2008 Summer Games in Beijing, his model demonstrated 94 percent accuracy between predicted and actual national medal counts. 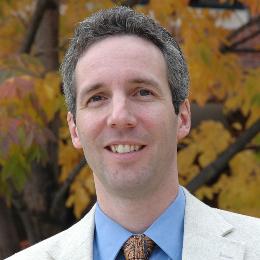 Above: Dan Johnson, Professor of Economics at Colorado College

Will the United States emerge victorious? It should get 99 Olympic overall medals and 34 gold medals, according to Johnson, which will be the most medals won. Alongside the U.S., China and Russia will round out the top three.

In 2010, he told USA Today that the predictions were an experiment to sees if economic models could be used to predict medals in the same way we could predict unemployment rates. “We thought we’d be wildly wrong,” Johnson recalled. They weren’t.

Johnson’s team uses a handful of economic variables and no athletic data. His factors include per-capita income, the nation’s population, and the home-field advantage for hosting the Games or living nearby.

In a statement released by the university, Johnson said the purpose of the predictions is to provide a benchmark to help set national expectations at realistic levels. For a small nation, winning three medals is an amazing accomplishment. “For the U.S. or Germany or Russia, it’s appropriate to expect a lot more,” he said in the release. “How much more? That’s where the model comes in.”

Curious about how your home country will fare? Read the predictions for 134 competing nations here.