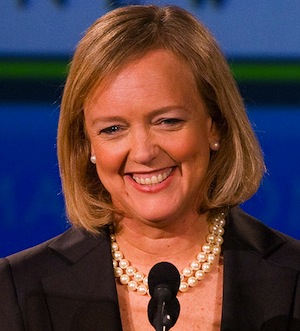 Meg Whitman, the former eBay chief executive who lost her bid to become governor of California last fall, will be joining top-tier venture firm Kleiner Perkins Caufield & Byers as a part-time adviser, according to a report in Fortune.

The article cites “sources closer to [Whitman] and the venerable Silicon Valley firm.” Whitman wouldn’t comment on the story for fortune, and I’ve also emailed a Kleiner spokesperson for confirmation. (I’ll update if I hear back.)

On one level, the idea has a certain logic to it. Kleiner recently lured another non-VC to the firm, Morgan Stanley analyst Mary Meeker, and partner Bing Gordon said Kleiner is building up its staff for a coming tech boom. Whitman, whose campaign was built around her record at eBay, has been gradually returning to the tech world, having joined the boards of Zipcar and HP.

On the other hand, I’m mostly just scratching my head over the rumor. Fortune says Whitman’s job will include coaching startups, and despite her experience and celebrity, Whitman seems like a strange choice for that job. As far as I can tell, the closest thing she has to startup experience is her time at eBay, but even then she joined three years after the company was founded, when it already had 30 employees. That’s tiny compared to what the company’s size now, but it wasn’t exactly a super-early startup. She has also worked at large companies like Procter & Gamble and Hasbro. Now, Kleiner may want Whitman to guide companies as they mature and to introduce them to larger partners/acquirers, but it still feels a little off that her most relevant Web startup experience came more than a decade ago.

Whitman is an odd match for Kleiner in another way. Doerr is a prominent donor to the Democratic Party and has ties to President Barack Obama, having been appointed to Obama’s economic advisory commission and also hosting Obama’s recent dinner with tech industry leaders. Whitman, meanwhile, ran as a Republican and had the support of Obama’s 2008 opponent John McCain. Not that politics should affect Kleiner’s hiring decisions, but it just adds to my sense that it’s an odd move.

Meg helped build eBay into one of the leading players in online commerce. Her experience and strategic advice will be invaluable to entrepreneurs who are rapidly changing the way business is done.